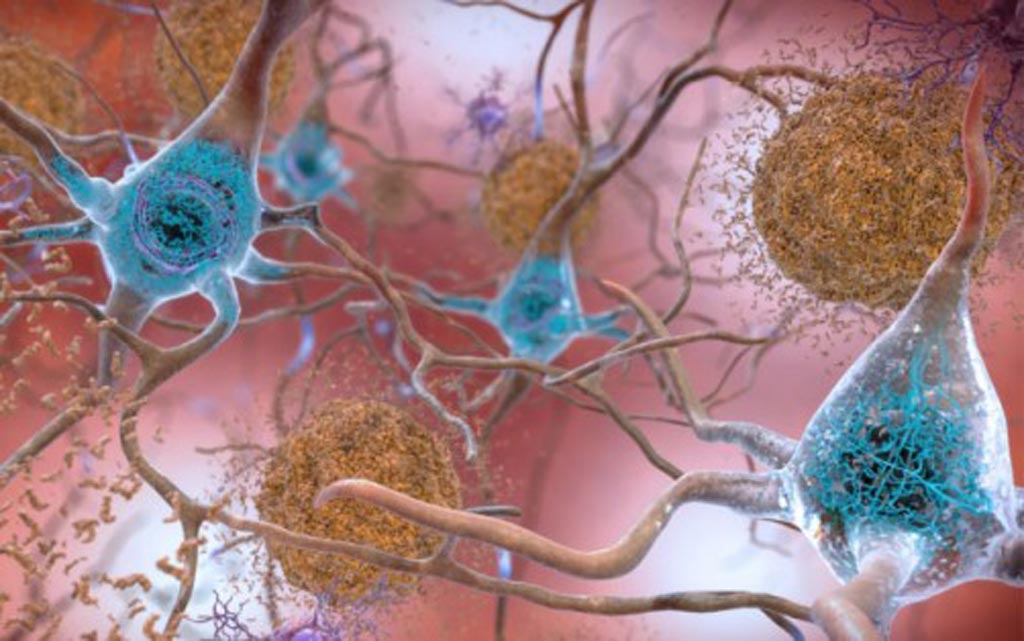 Image: In brains affected by Alzheimer’s disease, abnormal levels of the beta-amyloid protein clump together to form plaques (seen in brown) that collect between neurons and disrupt cell function. Abnormal collections of the tau protein accumulate and form tangles (seen in blue) within neurons, harming synaptic communication between nerve cells (Photo courtesy of the [U.S.] National Institute on Aging).
Transcriptome analysis was used as a method for detecting individuals with Alzheimer’s disease (AD) who were not yet displaying symptoms of the disorder.

Currently there are no good methods for detecting asymptomatic AD patients despite the fact that they may share similar neuropathological burdens as symptomatic individuals while experiencing significantly different rates of cognitive decline.

To develop a method for diagnosing asymptomatic AD patients, investigators at the University of California, San Diego (USA) used the transcriptome as a proxy for functional state, and selected 414 expression profiles of symptomatic AD subjects and age-matched non-demented controls from a community-based neuropathological study. Because it includes all mRNA transcripts in the cell, the transcriptome reflects the genes that are being actively expressed at any given time. Unlike the genome, which is roughly fixed for a given cell line (excluding mutations), the transcriptome can vary with external environmental conditions.

Results of the transcriptome survey revealed that by combining brain tissue-specific protein interactomes (an interactome is the whole set of molecular interactions in a particular cell) with gene networks, the investigators were able to identify functionally distinct composite clusters of genes that revealed extensive changes in expression levels in AD. Global expression for clusters broadly corresponding to synaptic transmission, metabolism, cell cycle, survival, and immune response were downregulated, while the upregulated cluster included largely uncharacterized processes.

These results highlighted the utility of integrating protein interactions with gene perturbations to generate a comprehensive framework for characterizing alterations in the molecular network as applied to AD.

“One of the big problems in AD research is identifying patients at risk at the right time,” said senior author Dr. Robert Rissman, professor of neurosciences at the University of California, San Diego. “Understanding the gene networks that may change in specific patient groups can help streamline clinical trials recruitment efforts and reduce costs and time to enroll trials. With the field shifting more and more toward pre-symptomatic disease, we need to expand our understanding of the molecular mechanisms that underlie the entire disease spectrum.”

The transcriptome analysis study was published in the July 23, 2019, issue of the journal Cell Reports.