NIV Test to Diagnose and Monitor Vascular Complications in Diabetes 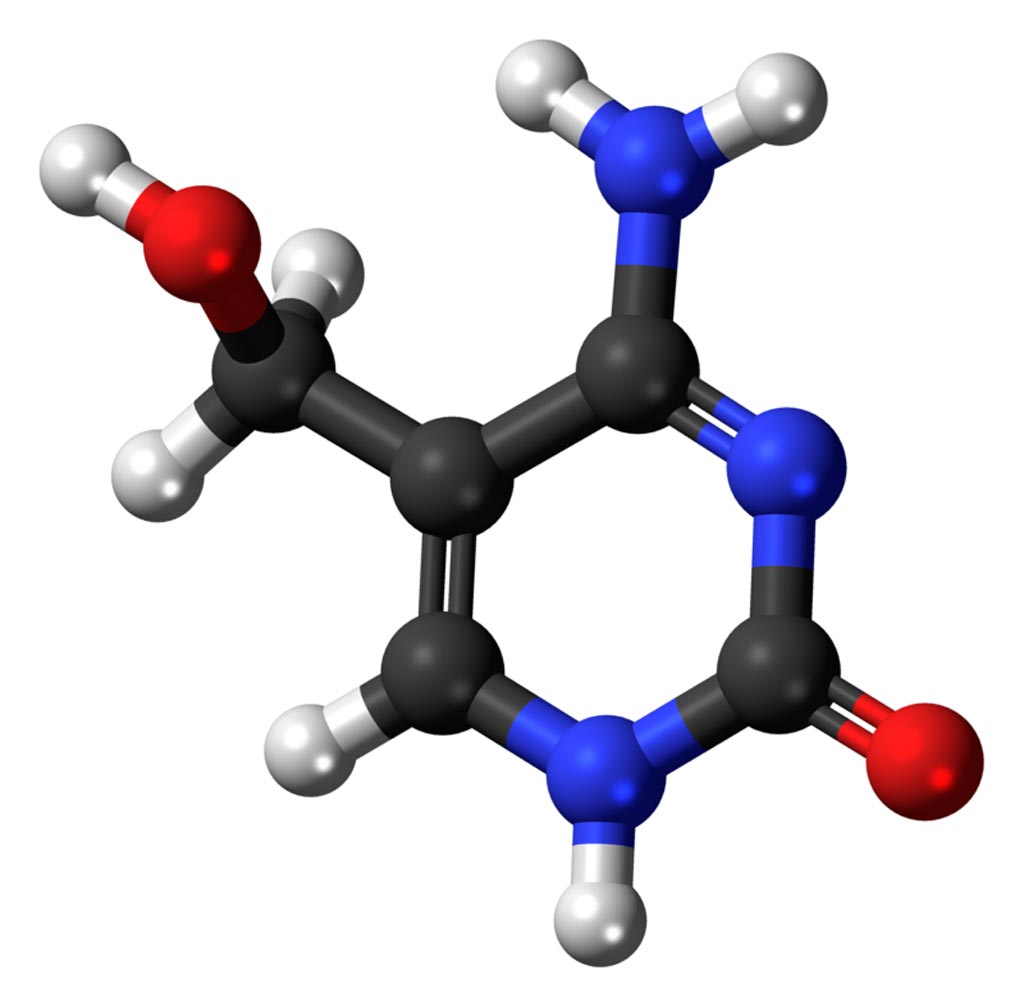 Image: A ball-and-stick model of the 5-hydroxymethylcytosine (5hmC) molecule (Photo courtesy of Wikimedia Commons).
By applying a sensitive test for analysis of DNA taken from patients with Type II diabetes, researchers were able to diagnose and monitor the presence and severity of diabetic vascular complications such as heart disease, atherosclerosis, and kidney failure.

About two-thirds of the 424 million diabetic patients worldwide die from vascular complications. Therefore, a clinically convenient, noninvasive approach for monitoring the development of these complications would improve the overall life quality of patients with Type II diabetes and help reduce healthcare burden through preventive interventions.

Investigators at Northwestern University (Chicago, IL, USA) had demonstrated previously that 5-hydroxymethylcytosine (5hmC), a relative stable intermediate product of active DNA demethylation, played a critical role in gene expression regulation and was also regarded as a novel epigenetic biomarker for cancer diagnosis and prognosis. They had invented TAB-seq, a method that could map 5hmC at base-resolution genome-wide, as well as hmC-Seal, a method that covalently labeled 5hmC for its detection. Furthermore, they introduced a sensitive and robust 5hmC sequencing approach which allowed genome-wide profiling of 5hmC using a limited amount of genomic DNA that could be readily isolated from only about 1,000 cells (nano-hmC-Seal).

"We are very excited to apply our earlier findings in cancer patients to diabetic patients," said contributing author Dr. Wei Zhang, associate professor of cancer epidemiology and prevention at Northwestern University. "This discovery is going to revolutionize how quickly and non-invasively we can identify potentially fatal complications in the hundreds of millions of diabetic patients worldwide."

The work was published in the October 1, 2019, online edition of the journal Clinical Chemistry.