Link Confirmed between Living in Poverty and Developing Diseases 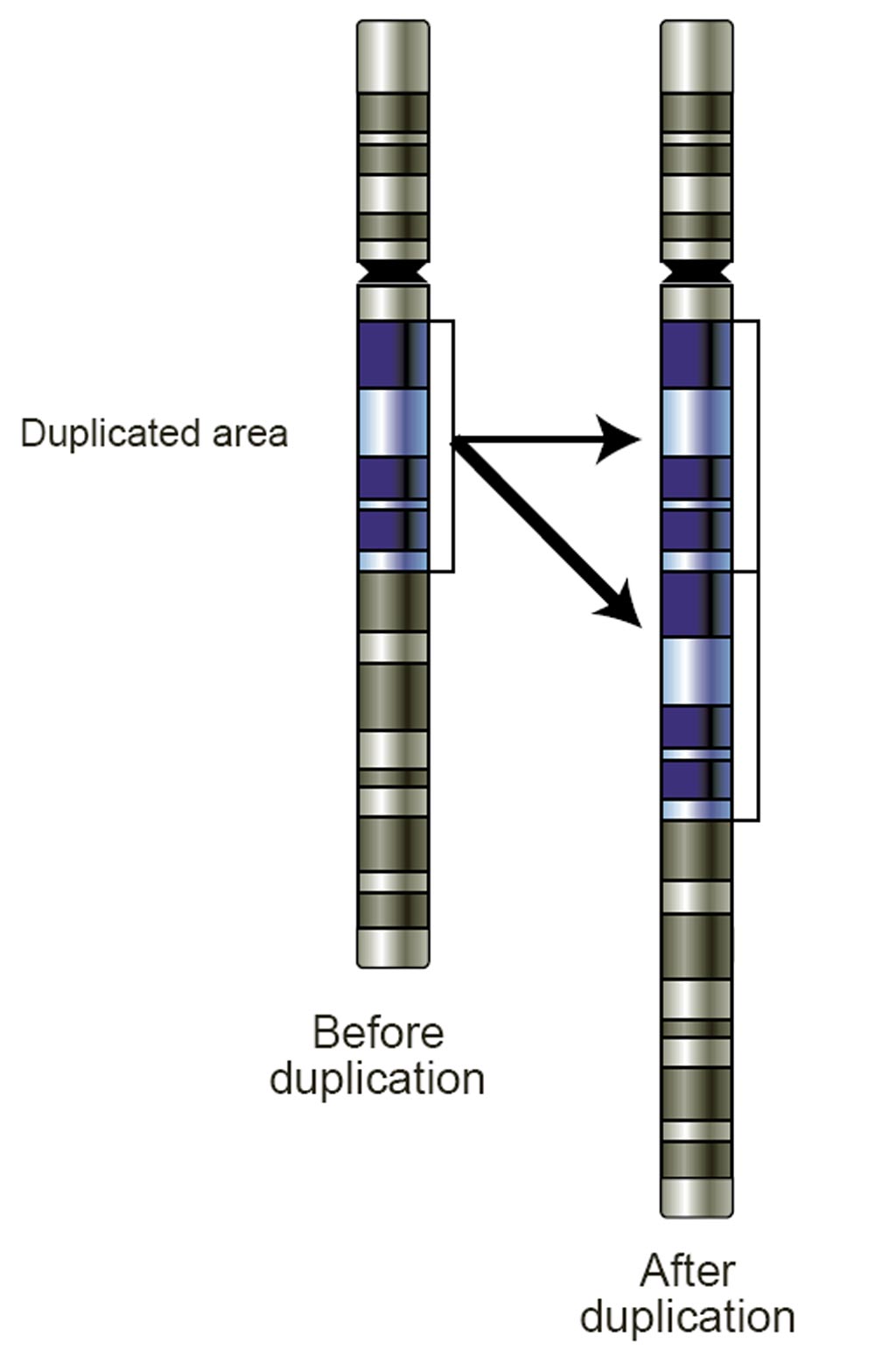 Image: This gene duplication has created a copy-number variation (CNV). The chromosome now has two copies of this section of DNA, rather than one (Photo courtesy of Wikimedia Commons).
A recently published study carried out in the United Kingdom confirmed the existence of a link between economic deprivation and the genetic tendency to develop disease.

It would seem obvious that poverty would go hand in hand with disease. However, scientific proof of this linkage has been lacking. To confirm the relationship, investigators at the University of Manchester (United Kingdom) combined a test population’s Index of Multiple Deprivation Rank (IMDR) with genetic-linked health data.

The IMDR was based on multiple factors including place of residence, household income, education level, and employment status. Genetics-linked health status was based on pathogenic copy number variants (CNVs), which cause hereditary diseases due to the presence and transmission of chromosomes with extra or missing sections of DNA.

The current study included 473 families with individuals with pathogenic autosomal CNVs and known inheritance status. The participants were selected from a database of more than 17,000 DNA samples maintained by the Manchester Centre for Genomic Medicine.

To explain the linkage between residing in areas of economic and social deprivation and the tendency to develop inherited disease, the investigators stated that, "Lower socioeconomic status in families with medically relevant inherited pathogenic and likely pathogenic [genetic changes] with milder phenotype [lower risk of disease] could therefore be due to cumulative multi-generational consequences of these subclinical effects."

The study was published in the September 23, 2019, online edition of the Journal of Medical Genetics.