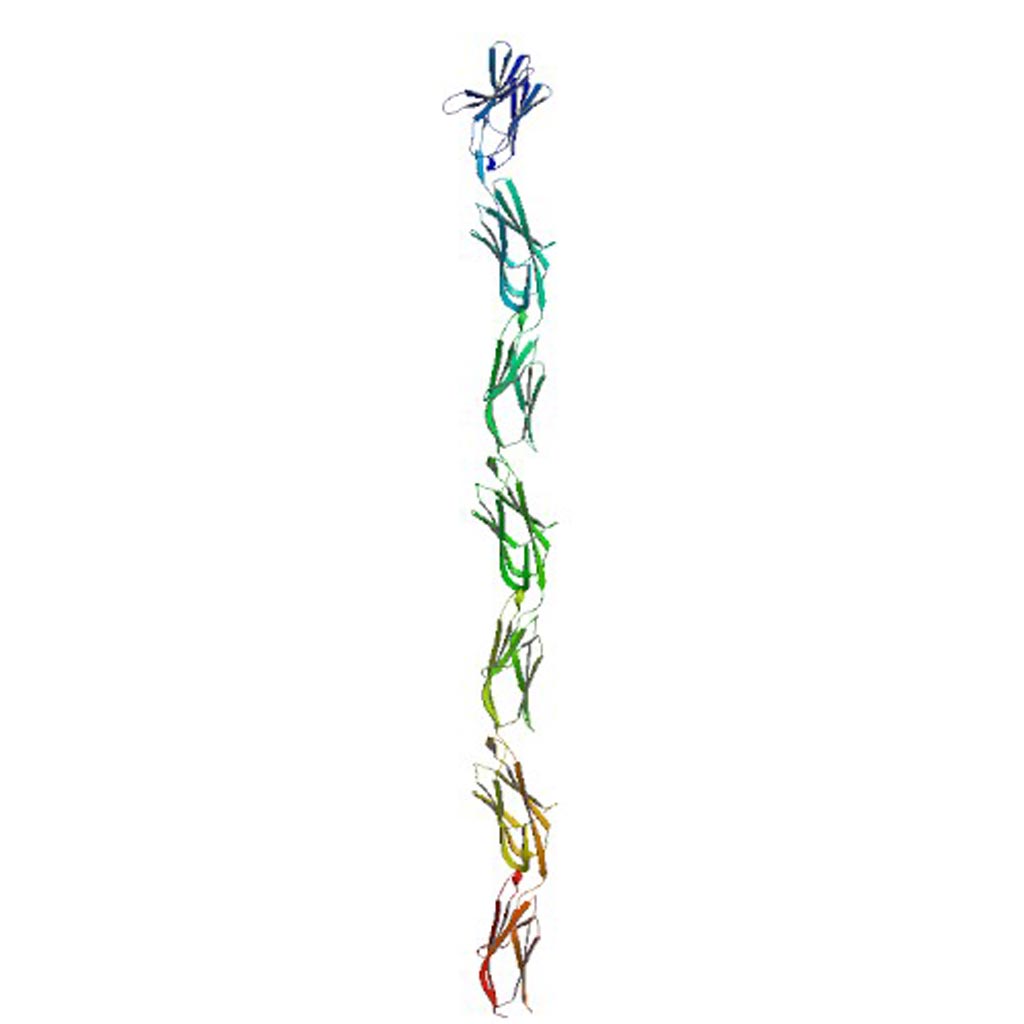 The TGFB (transforming growth factor beta) signaling pathway is involved in many cellular processes in both the adult organism and the developing embryo including cell growth, cell differentiation, apoptosis, cellular homeostasis, and other cellular functions. In spite of the wide range of cellular processes that the TGFB signaling pathway regulates, the process is relatively simple. TGFB superfamily ligands bind to a type II receptor, which recruits and phosphorylates a type I receptor. The type I receptor then phosphorylates receptor-regulated SMAD proteins (R-SMADs), which binds the coSMAD SMAD4. R-SMAD/coSMAD complexes accumulate in the nucleus where they act as transcription factors and participate in the regulation of target gene expression.

Investigators at George Washington University (Washington, DC, USA) studied interactions among proteins of the CEACAM family, which interact with microbes and the transforming growth factor beta (TGFB) signaling pathway, which is often altered in colorectal cancer cells. They investigated mechanisms by which CEACAM proteins inhibit TGFB signaling and alter the intestinal microbiome to promote development of colorectal cancer.

For this study, the investigators collected data on DNA sequences, mRNA expression levels, and patient survival times from 456 colorectal adenocarcinoma cases, and a separate set of 594 samples of colorectal adenocarcinomas, in the Cancer Genome Atlas. The Cancer Genome Atlas is a project, begun in 2005, to catalog genetic mutations responsible for cancer, using genome sequencing and bioinformatics. The Cancer Genome Atlas applies high-throughput genome analysis techniques to improve diagnosis, treatment, and prevention of cancer through a better understanding of the genetic basis of this disease.

These findings from human cancer patients were reinforced by data from animal studies, which showed that compared with feces from wild-type mice, feces from mice with defects in TGFB signaling had increased abundance of bacterial species that have been associated with the development of colon tumors.

“Colon cancer is increasing in young people. Current guidelines recommend screening those over age 50 for colon cancer, but today we are seeing that 15% of those with colon cancer are under the age of 50,” said senior author Dr. Lopa Mishra, professor of surgery at the George Washington University. “We hypothesized that diet and its effects on the microbiome may be big players, which is where we focused our study.”

The CEACAM protein study was published in the October 1, 2019, online edition of the journal Gastroenterology.