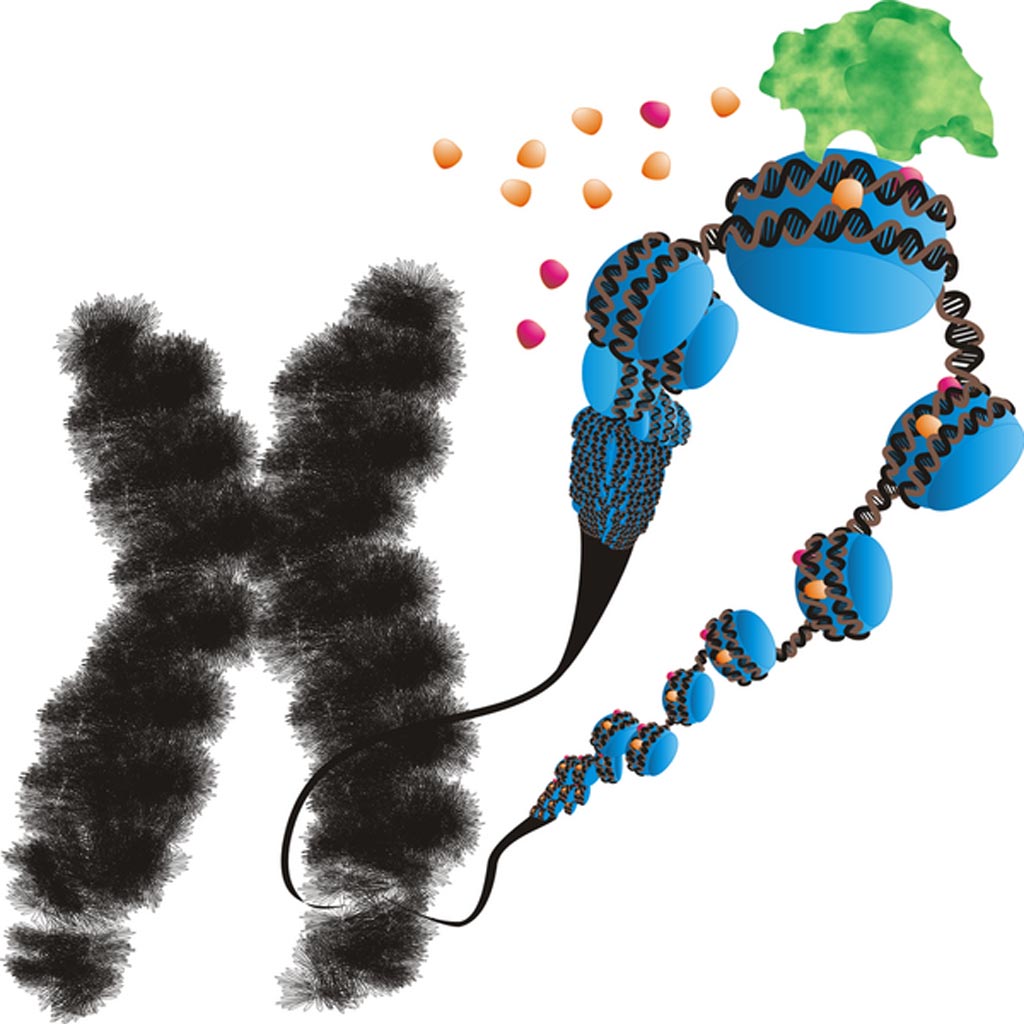 Image: Silencing of the FMR1 gene in Fragile X syndrome. FMR1 co-localizes with a rare fragile site, visible here as a gap on the long arms of the X chromosome (Photo courtesy of Wikimedia Commons).
Genomics researchers have found that at least four rare neurodegenerative diseases result from CGG (cytosine-guanine-guanine) repeat mutations the DNA located in distant, seemingly unrelated areas of the genome.

Results of the DNA sequencing study identified noncoding CGG repeat expansions in the NBPF19 (Neuroblastoma breakpoint family member 19) gene as the causative mutations for NIID. NIID is a slowly progressive, neurodegenerative disease that may affect any part of the nervous system (central, peripheral, and/or autonomic), as well as various organs. The features of NIID result from the presence of eosinophilic intranuclear inclusions inside neurons and glial cells. Both sporadic and familial cases have been reported. However, specific genes known to cause NIID had not previously been found.

Further prompted by the similarities in the clinical and neuroimaging findings with NIID, the investigators identified similar noncoding CGG repeat expansions in two other diseases: oculopharyngeal myopathy with leukoencephalopathy and oculopharyngodistal myopathy.

"Because the mutations causing the diseases are so similar, in the future, all these patients might benefit from the same treatment," said first author Dr. Hiroyuki Ishiura, an assistant professor at the University of Tokyo Hospital.

The study was published in the July 22, 2019, online edition of the journal Nature Genetics.