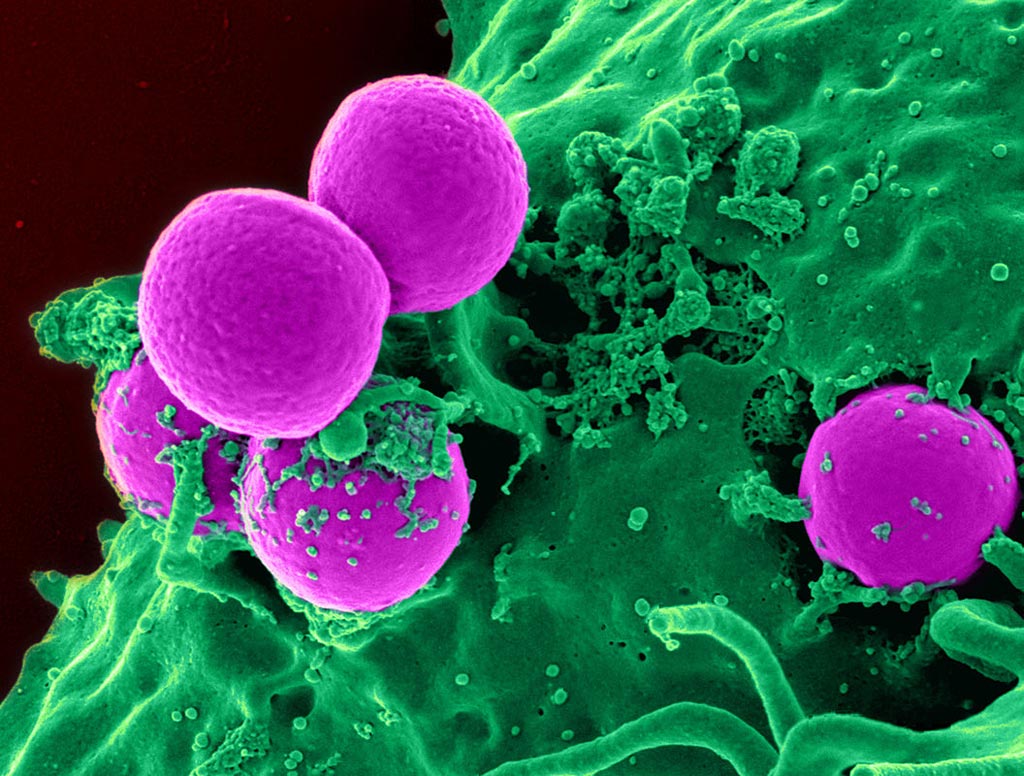 Investigators at Duke University (Durham, NC, USA) searched for such host factors by analyzing two sets of patients who had been closely matched by age, sex, health conditions, and other risk factors for MRSA bloodstream infections. Sixty-eight patients were included in the study; half with a persistent MRSA infection and half who had been able to clear the infection from their bloodstream. Whole-exome sequencing was used to pinpoint genomic differences between the two sets of patients.

Results revealed that a mutation located in the DNA of the DNMT3A region of chromosome 2p was expressed in about 62% of the patients who cleared their MRSA infection, while it was expressed in only 9% in those who had persistent infections.

In a further series of experiments, the investigators demonstrated that DNMT3A variants could alter host response to infection through increased methylation of key regulatory genes, which resulted in reduced interleukin-10 production and in turn, allowed for a more protective immune response that cleared infection.

"The increasing prevalence of antibiotic resistant staph infections has created an urgent need to better understand who is most susceptible to these difficult-to-treat S. aureus infections and why," said senior author Dr. Vance Fowler, professor of medicine, molecular genetics, and microbiology at Duke University. "Our study identifies a particular DNMT3A mutation that contributes to an increased ability to resolve MRSA infections. The mechanism for this appears to be increased methylation of gene regulatory regions, and reduced levels of the anti-inflammatory cytokine IL-10."

The MRSA paper was published in the September 16, 2019, online edition of the journal Proceedings of the [U.S.] National Academy of Sciences.