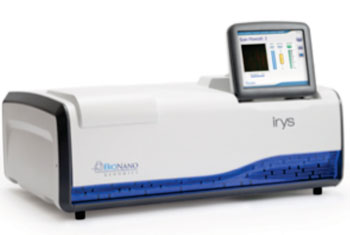 Conventional next-generation sequencing (NGS) techniques are able to accurately detect certain types of variation, such as single nucleotide variants and small insertions or deletions, but miss many large or complex forms of genomic variation that are associated with human disease.

The two techniques were combined into a hybrid approach that was used to analyze the NA12878 diploid genome, a well-sequenced specimen that is included in the 1000 Genomes project and is often used for benchmarking new techniques.

The investigators reported in the June 29, 2015, online edition of the journal Nature Methods that the hybrid assembly method markedly improved upon the contiguity observed from traditional shotgun sequencing approaches. They were able to identify complex structural variants (SVs) missed by other high-throughput approaches. In addition, they phased both single-nucleotide variants and SVs, generating haplotypes with over 99% consistency with previous trio-based studies.

“We created a high-throughput strategy that builds highly contiguous de novo genomes without the need for complex jumping libraries or targeted approaches. This strategy, in some cases, automatically resolved complete arms of chromosomes,” said senior author Dr. Ali Bashir, assistant professor of genetics and genomics at the Icahn School of Medicine. “While we focused this study on a human genome, the method can be applied to any new genome, including those with high genomic complexity, such as plants, that have been extremely challenging to study.”