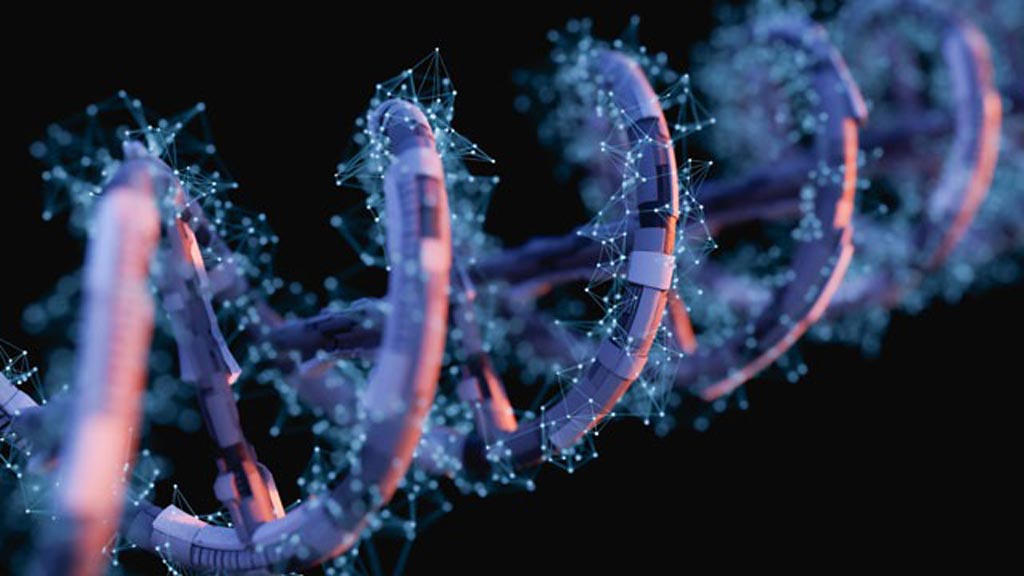 Image: A new study identified eight genetic variants linked to anorexia nervosa, and suggests that the genetic origins of the disorder are both metabolic and psychiatric (Photo courtesy of Medical Xpress).
Data accumulated by a large-scale genome-wide association study suggested that anorexia nervosa should be redefined as a “metabo-psychiatric disorder”, since at least eight genetic loci were identified as being significantly associated with the syndrome.

Anorexia nervosa is a life-impairing mental illness, affecting 0.9–4% of women and 0.3% of men, which is characterized by dangerously low body weight, an intense fear of gaining weight, and a lack of recognition of the seriousness of the low body weight.

To better understand the role of genetics in anorexia, investigators at the University of North Carolina (Chapel Hill, USA) and collaborators from over 100 institutions worldwide conducted a genome-wide association study of 16,992 cases of anorexia nervosa and 55,525 controls. The investigators combined data collected by the Anorexia Nervosa Genetics Initiative (ANGI) and the Eating Disorders Working Group of the Psychiatric Genomics Consortium (PGC-ED) from individuals of European ancestry from 17 countries across North America, Europe, and Australasia.

The eight loci overlapped other psychiatric disorders such as obsessive-compulsive disorder, depression, anxiety and schizophrenia. The loci associated with anorexia nervosa also influenced physical activity, which might explain the hyperactivity often associated with the disorder.

"Until now, our focus has been on the psychological aspects of anorexia nervosa such as the patients' drive for thinness. Our findings strongly encourage us to also shine the torch on the role of metabolism to help understand why individuals with anorexia frequently drop back to dangerously low weights, even after therapeutic renourishment. A failure to consider the role of metabolism may have contributed to the poor track record among health professionals in treating this illness," said senior author Dr. Cynthia M. Bulik, professor of psychiatry in the University of North Carolina.

The study was published in the July 15, 2019, online edition of the journal Nature Genetics.