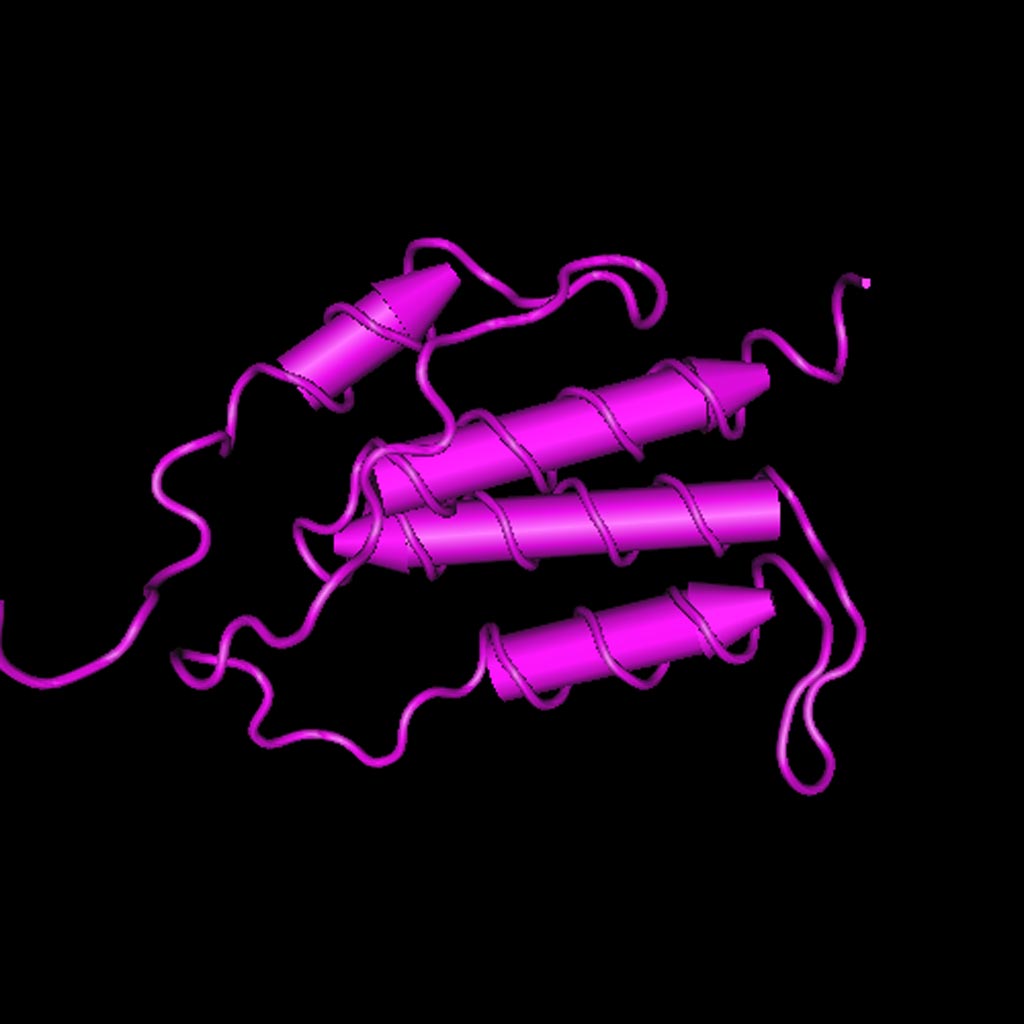 Image: Structure of the C-terminal helical repeat domain of eukaryotic elongation factor 2 kinase (EEF2K) (Photo courtesy of the U.S. National Center for Biotechnology Information).
A team of neurodegenerative disease researchers identified a molecular mechanism that impedes protein synthesis and may contribute to the loss of memory and synaptic plasticity that characterizes Alzheimer's disease (AD).

Maintenance of memory and synaptic plasticity depend on de novo protein synthesis, dysregulation of which is implicated in AD. Recent studies have demonstrated the AD-associated hyperphosphorylation of the mRNA translation factor eukaryotic elongation factor 2 (EEF2), which results in inhibition of protein synthesis.

The eukaryotic elongation factor 2 kinase (EEF2K) gene encodes a highly conserved protein kinase in the calmodulin-mediated signaling pathway that links activation of cell surface receptors to cell division. This kinase is involved in the regulation of protein synthesis by phosphorylating EEF2 and thus inhibiting its function. The activity of this kinase is increased in many cancers.

“Alzheimer’s is such a devastating disease and currently there is no cure or effective therapy,” said senior author Dr. Tao Ma, assistant professor of gerontology and geriatric medicine at Wake Forest Baptist Medical Center. “All completed clinical trials of new drugs have failed so there is clearly a need for novel therapeutic targets for potential treatments. These findings are encouraging and provide a new pathway for further research.”