The nanobialys are an important addition to the range of diagnostic and disease-fighting nanoparticles developed by researchers from the Consortium for Translational Research in Advanced Imaging and Nanomedicine (C-TRAIN) at Washington University School of Medicine in St. Louis (MO, USA). C-TRAIN's "smart” nanoparticles can deliver drugs and imaging agents directly to the site of tumors and plaques.

The nanobialys were not engineered for their appealing shape--that is a natural result of the manufacturing process. The particles answered a need for an alternative to the investigators gadolinium-containing nanoparticles, which were created for their high visibility in magnetic resonance imaging (MRI) scans.

Gadolinium is a common contrast agent for MRI scans, but recent studies have shown that it can be harmful to some patients with severe kidney disease. "The nanobialys contain manganese instead of gadolinium,” said first author Dipanjan Pan, Ph.D., research instructor in medicine in the cardiovascular division. "Manganese is an element found naturally in the body. In addition, the manganese in the nanobialys is tied up so it stays with the particles, making them very safe.”

The majority of a nanobialy is a synthetic polymer that can accept a host of medical, imaging, or targeting components. In the July 2008 issue of the Journal of the American Chemical Society (JACS), the researchers reported that targeted manganese-carrying nanobialys promptly attached themselves to fibrin molecules, which are found in atherosclerotic plaques and blood clots. Laboratory-made clots then glowed brightly in MRI scans. The researchers also demonstrated that the nanobialys could carry both water-soluble and insoluble drugs.

Dr. Pan, who is a research instructor in medicine, played a leading role in the creation of nanobialys and chose the particles' name. "When we looked at the particles with an electron microscope, we saw they are round and flat, with a dimple in the center, like red blood cells, but also a little irregular, like bagels,” he commented. "I came across the word bialy, which is a Polish roll like a bagel without a hole that can be made with different toppings. So I called the particles nanobialys.”

However, gadolinium has recently been linked to nephrogenic systemic fibrosis (NSF). First described in 2000, NSF is an unusual progressive, incurable disease seen in approximately 3% of patients with severe kidney disease who have had MRI scans using gadolinium. In NSF, collagen accumulates in tissues causing skin hardening and thickening, joint stiffening that can lead to physical disability, and disorders of the liver, lungs, heart, and the muscles.

"Even though it seems that gadolinium affects only those with severe renal failure, physicians have decided not to use gadolinium even in those with moderate renal failure,” stated Gregory M. Lanza, M.D., Ph.D., an associate professor of medicine and biomedical engineering at Washington University. "A lot of patients with diabetes or hypertension develop renal failure, so that decision potentially affects many people. Our goal has always been that our nanoparticle technology should be able to help everyone. And with a growing number of people having diabetes and related cardiovascular problems, we knew we needed to find a substitute for gadolinium-based particles--nanobialys are our first step in that direction.”

The researchers will continue to modify the nanobialys for a variety of medicinal applications and work to develop other types of nanoparticles so that they can supply a wide range of medical needs. "We're not sitting in the lab generating nanoparticles and then looking for what they could be used for,” Dr. Lanza said. "We see a medical problem, and ask what kind of particle might overcome it and then try to create it.” 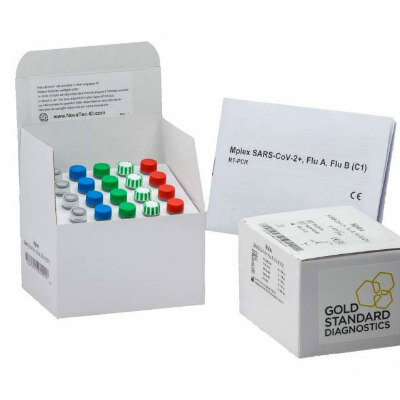