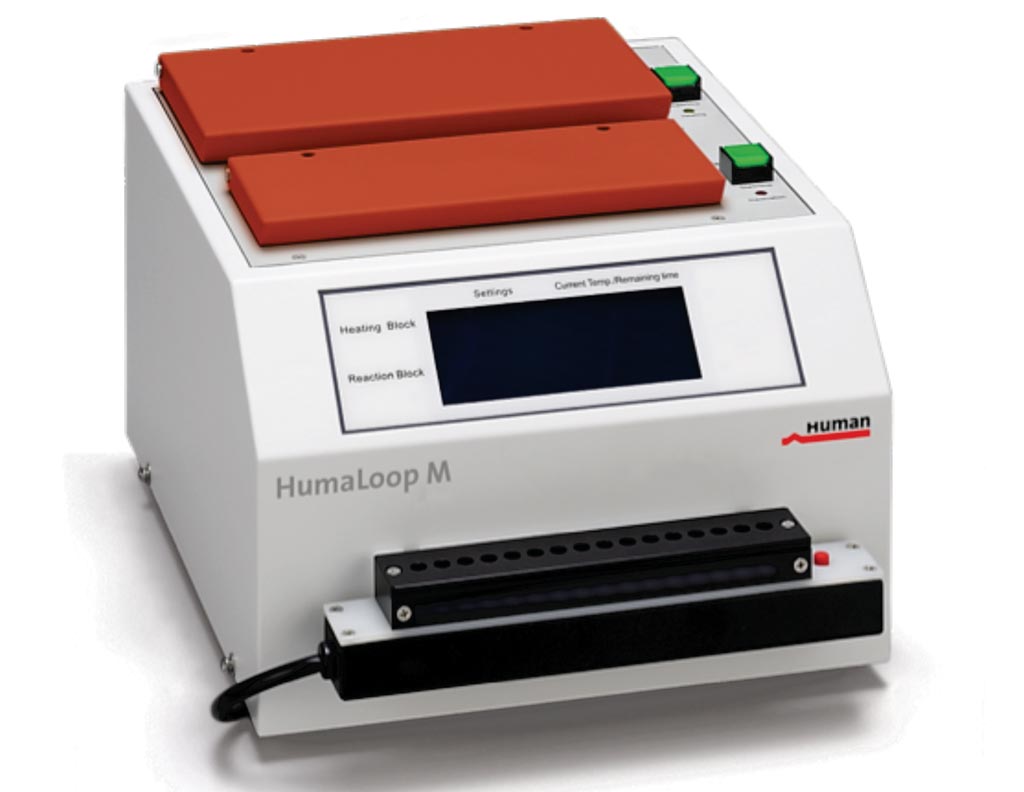 Image: The HumaLoop M: The easy-to-use Loopamp technology for primary and district laboratories (Photo courtesy of Human Diagnostics).
A new loop-mediated isothermal amplification (LAMP) molecular assay has been developed that can detect Plasmodium vivax, a species of the parasite that causes malaria.

Almost all molecular tests currently available detect P. falciparum, in part because it causes the highest mortality of the different species. However, P. vivax is actually more widespread, with more than 2.5 billion people at risk of infection.

The new LAMP assay was evaluated recently in Colombia using a protocol of consecutive testing, a pan-plasmodium LAMP test followed by the P. vivax test, with polymerase chain reaction (PCR)-based testing as the comparator. In all, 365 fingerpick blood samples from patients with fever were evaluated, and the P. vivax test showed a sensitivity of approximately 94% and a specificity of 92%. Importantly, the test also has a low limit of detection of around one to two parasites per microliter of patient sample.

The LAMP assay was developed by Eiken Chemical (Tokyo, Japan) with the collaboration of The Foundation for Innovative New Diagnostics (FIND, Geneva, Switzerland) who coordinated laboratory testing in collaboration with the Hospital for Tropical Diseases (London, UK). FIND has negotiated pricing for the Loopamp tests and HumaTurb system, with a kit of 96 P. vivax tests costing EUR 499.20 (USD 560) and the HumaTurb costing EUR 15,900. There is also a solution for lower-throughput settings called HumaLoop that is a lower cost.

Xavier C. Ding, PhD, the team leader for malaria diagnostics at FIND, said, “It's only recently that there is a recognition that if we are ever to eliminate malaria, we also need some vivax-specific tests, because that species has its own biological specificities and is much more challenging to eliminate that falciparum.” This is because, unlike P. falciparum, P. vivax can lie dormant in the liver of an infected person in a stage called a hypnozoite, and a person with hypnozoites is then prone to relapsing malarial disease. Dr. Ding added, “There is big hope that this will make it easier and more accessible to get treatment for liver-stage parasites, but that also means you also need good diagnostic tools to identify those people who have vivax.”

The Foundation for Innovative New Diagnostics