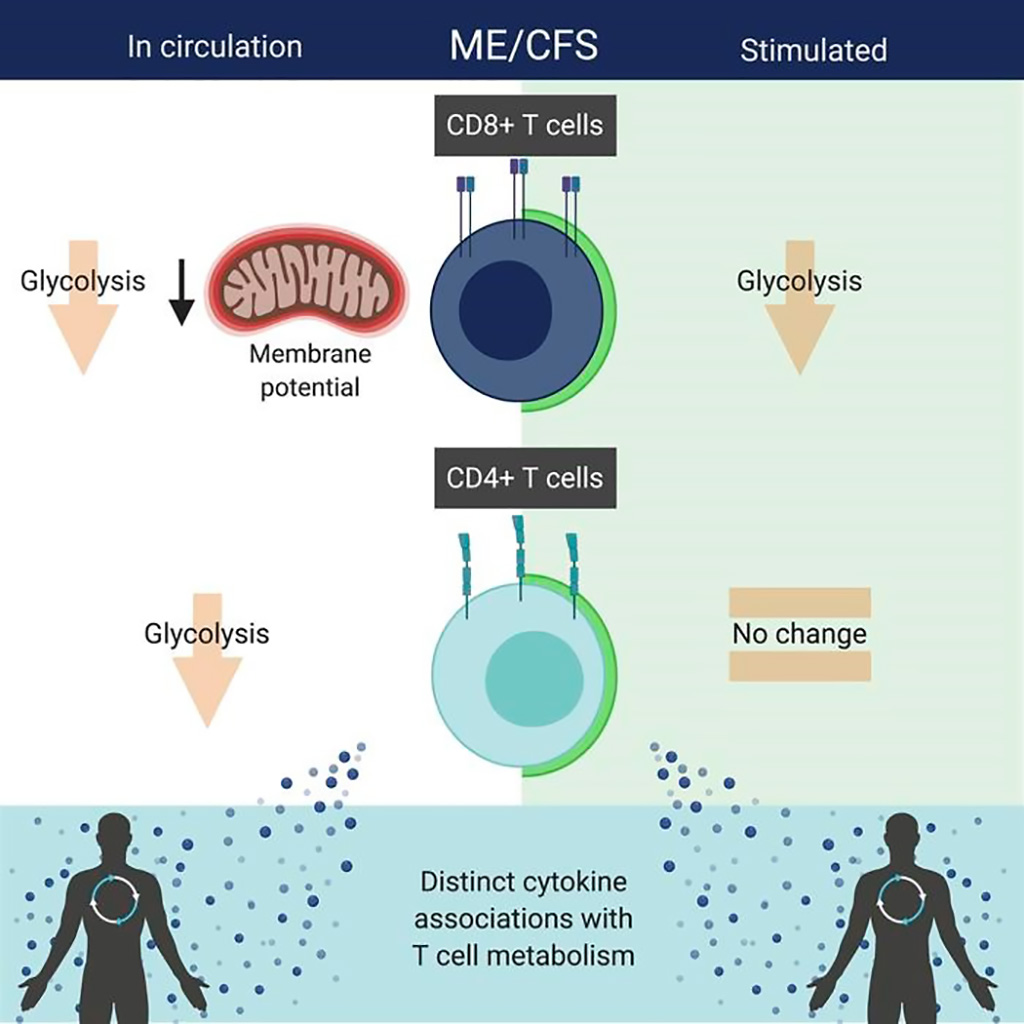 Estimates suggest that between 836,000 and 2.5 million people in the USA may be affected by ME/CFS. It is unknown what causes the disease and there are no treatments. There is an increasing appreciation for the role of immune and metabolic dysfunction in the disease. ME/CFS has historically presented in outbreaks, often has a flu-like onset, and results in inflammatory symptoms.

A group of scientists working with Cornell University (Ithaca, NY, USA) examined biochemical reactions involved in energy production, or metabolism, in two specific types of immune cells obtained from 45 healthy controls and 53 people with ME/CFS. The investigators focused on CD4 T cells, which alert other immune cells about invading pathogens, and CD8 T cells, which attack infected cells. They analyzed glycolysis and mitochondrial respiration in resting and activated T cells, along with markers related to cellular metabolism, and plasma cytokines.

Maureen Hanson, PhD, a professor of molecular biology and genetics and first study author, said, “Our work demonstrates the importance of looking at particular types of immune cells that have different jobs to do, rather than looking at them all mixed together, which can hide problems specific to particular cells. Additional studies focusing on specific cell types will be important to unravel what's gone wrong with immune defenses in ME/CFS.” The study was published on December 12, 2019 in the Journal of Clinical Investigation.