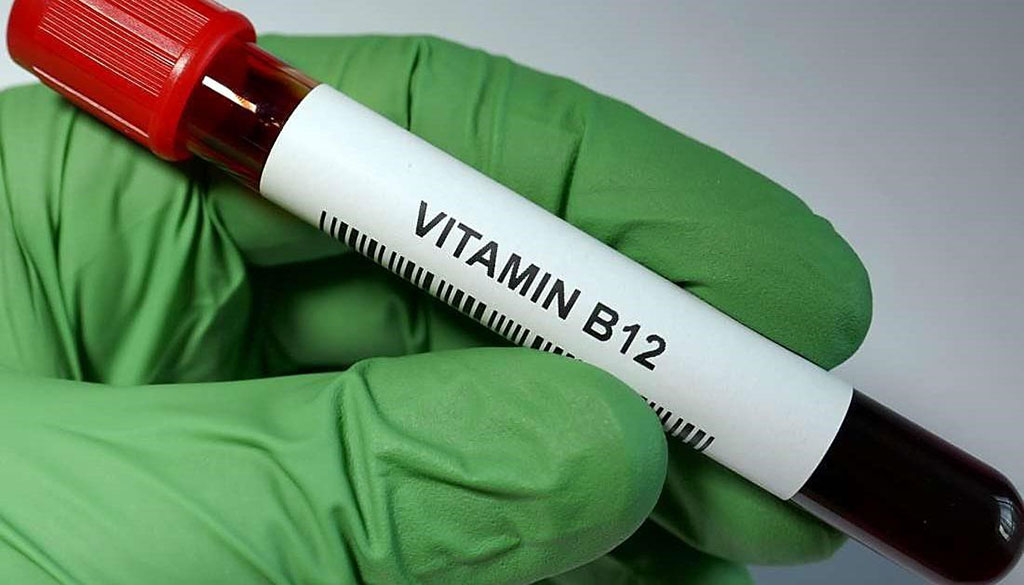 Image: Higher vitamin B12 level at Parkinson`s disease diagnosis is associated with lower risk of future dementia (Photo courtesy of Jayne Leonard)
Previous studies found that, among people with Parkinson’s, those with cognitive impairment, such as dementia, had significantly lower levels of vitamin B12 in their blood. This suggests the possibility that low vitamin B12 or cobalamin levels predispose certain individuals to dementia.

Dementia describes a group of symptoms in which memory and cognitive abilities become impaired enough to affect daily life. Dementia can be part of the non-motor symptoms associated with Parkinson’s disease (PD); it is most common among people who are older and/or have had Parkinson’s symptoms for longer.

A group of scientists working with the Mayo Clinic College of Medicine and Science (Rochester, MN, USA) utilized a population-based cohort of Parkinsonism patients to examine the relationship between serum vitamin B12 at the time of PD diagnosis and dementia risk. Receiver operating curves were calculated for vitamin B12 cutoffs maximizing sensitivity and specificity for determining who developed dementia. Time from Parkinsonism diagnosis to dementia, death, or censoring was calculated. There were 25 people with Parkinson’s (17 males, eight females) whose data also included a measurement of blood B12 levels within either one year before or three months after their diagnosis.

The team reported that the median age of the group at diagnosis was 74 years. Of the 25 people included, 15 (60%) were later diagnosed with dementia, at a median age of 79.4 years. On average, individuals who did not develop dementia had significantly higher vitamin B12 levels when they were diagnosed than those who did, 648.5 versus 452 ng/L. With additional statistical modeling, they found that a cutoff of 587 ng/L could separate those who did or did not develop dementia, with an overall sensitivity (true-positive rate) of 87% and a specificity (true-negative rate) of 70%. They further calculated that for every 100 ng/L increase in vitamin B12 levels at diagnosis, there was a statistically significant decrease in dementia risk; such that a vitamin B12 level of 500 ng/L was associated with a 69% reduced risk of dementia compared with 400 ng/L.

The authors concluded that the association between higher serum B12 levels and decreased dementia risk may provide prognostic information for clinicians as they counsel patients on the disease course of PD and raises further questions regarding the potential importance of vitamin B12 in these patients. The study was published on March 16, 2020 in the journal Parkinsonism & Related Disorders.