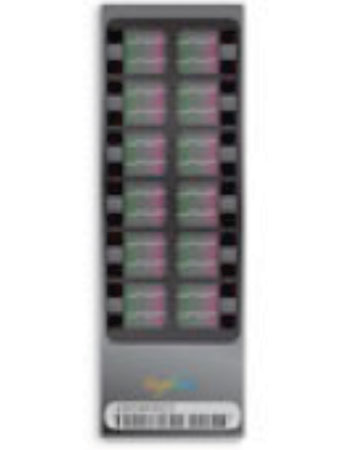 A mutation in the GLP1R (glucagon-like peptide 1 receptor) gene was found to reduce the risk of developing Type II diabetes by nearly 14%.

The protein encoded by the chromosome six GLP1R gene is a member of the glucagon receptor family of G protein-coupled receptors. GLP1R binds specifically to glucagon-like peptide-1 (GLP1) and has much lower affinity for related peptides such as the gastric inhibitory polypeptide and glucagon. GLP1R is known to be expressed in pancreatic beta cells where it stimulates the adenylyl cyclase pathway, which results in increased insulin synthesis and release of insulin. GLP1R is also expressed in the brain where it is involved in the control of appetite.

Investigators at Cedars-Sinai Medical Center (Los Angeles, CA, USA) and colleagues in the Cohorts for Heart and Aging Research in Genomic Epidemiology international consortium used Illumina (San Diego, CA, USA) HumanExome BeadChip technology to analyze the genes of 81,000 people who did not have Type II diabetes and then compared their genetic information to that of 16,000 diabetics.

The HumanExome BeadChip covers functional exonic variants selected from over 12,000 individual exome and whole-genome sequences. The exonic content consists of more than 240,000 markers representing diverse populations, including European, African, Chinese, and Hispanic individuals, and a range of common conditions, such as Type II diabetes, cancer, metabolic, and psychiatric disorders.

Results of the exome mapping study were published in the January 29, 2015, online edition of the journal Nature Communications. They revealed that a mutation in the GLP1R gene appeared to decrease the risk of developing Type II diabetes by about 14%.

Senior author Dr. Mark O. Goodarzi, professor of endocrinology at Cedars-Sinai Medical Center, said, "We have a wonderful opportunity to personalize the treatment and prevention of this chronic disease. Identification of genes that influence the risk of diabetes is going to open new frontiers in diabetes drug development. The mutation we discovered may prevent certain people from developing diabetes, but it does not appear to affect their risk of becoming obese or their body mass index."

Register now for FREE to LabMedica.com and get complete access to news and events that shape the world of Clinical Laboratory Medicine.