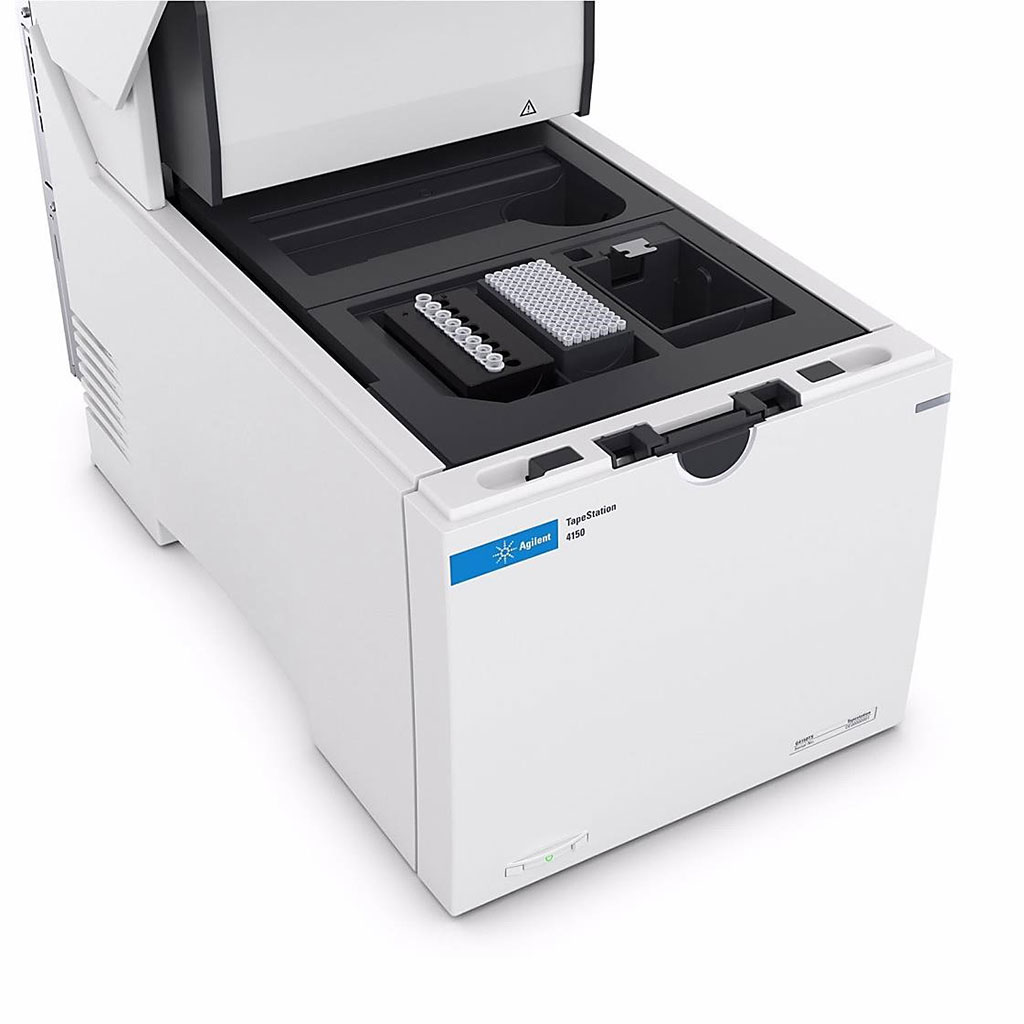 Image: The Agilent TapeStation system is an established automated electrophoresis tool for DNA and RNA sample quality control (Photo courtesy of Agilent Technologies)
Most aldosterone-producing adenomas (APAs) have gain-of-function somatic mutations of ion channels or transporters. However, their frequency in aldosterone-producing cell clusters of normal adrenal gland suggests a requirement for co-driver mutations in APAs.

Primary aldosteronism is a major cause of hypertension. This is potentially curable when due to an APA in one adrenal. Conversely, when primary aldosteronism (PA) is overlooked, it leads to resistant hypertension and high cardiovascular risk. The genes whose mutation increases aldosterone production may differ from those responsible for tumor formation.

The investigators reported the whole-exome sequencing identified somatic mutations of the four ion channel/transporter genes at known hotspots in 29 of the 41 APAs. Somatic mutations of CACNA1D were the most frequent (n = 11), followed by KCNJ5 (n = 9), ATP1A1 (n = 5) and ATP2B3 (n = 4). Three APAs had a known mutation of CTNNB1 and all three were noted to have a second mutation of the Q209 residue of GNA11, which encodes the G-protein G11. Among multiple transcripts upregulated more than tenfold in double-mutant APAs was LHCGR, the receptor for luteinizing or pregnancy hormone (human chorionic gonadotropin). Transfections of adrenocortical cells demonstrated additive effects of GNA11 and CTNNB1 mutations on aldosterone secretion and expression of genes upregulated in double-mutant APAs. In adrenal cortex, GNA11/Q mutations appear clinically silent without a co-driver mutation of CTNNB1.

The authors concluded that onset of hypertension in the first trimester, the period of peak human chorionic gonadotropin (HCG) secretion, should prompt consideration of PA. Most pregnancy-associated hypertension arises in later trimesters. Patients are diagnosed relatively quickly because of the explosive onset of PA, when the 'dormant' LHCGR sees its stimulatory hormone. The study was published on August 12, 2021 in the journal Nature Genetics.