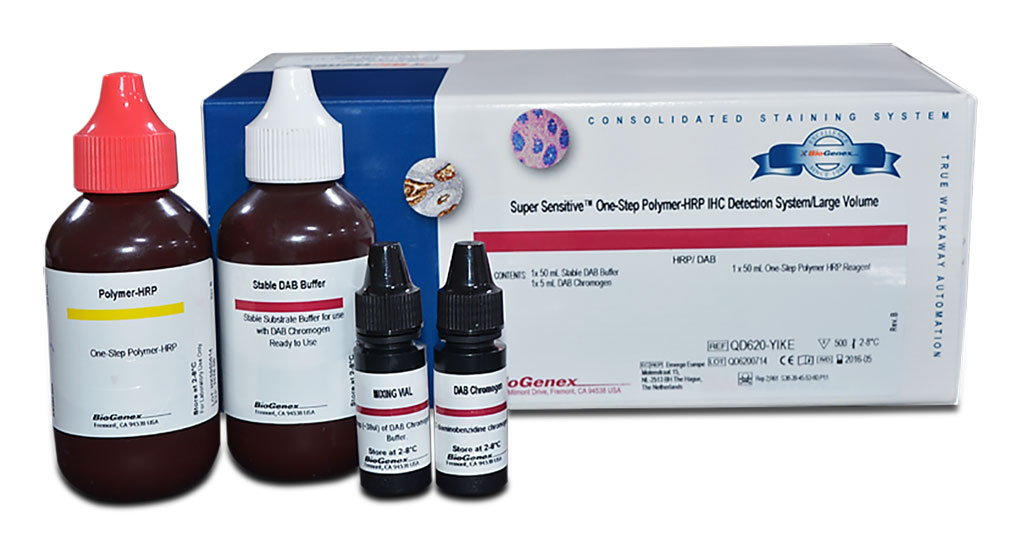 Most cancer biomarkers used in clinical practice are proteins released from the cancer cells themselves. One of the defining features of PDAC is that there are very few cancer cells. Pancreatic cancer is surprisingly made up of mostly non-cancer cells, which have been co-opted by cancer to build a huge amount of scar tissue or stroma around the cancer, providing a strong defense for the cancer cells.

Oncologists at the Queen Mary University of London (London, UK) and their colleagues analyzed blood samples from 267 donors including 140 samples from patients with PDAC Controls included patients with non-neoplastic pancreatico-biliary diseases as well as healthy individuals. Pentraxin 3 (PTX3) concentrations were quantified using the sandwich ELISA method. Western blotting was carried out and quantified using Fiji-ImageJ.

The investigators reported that serum PTX3 above 4.34 ng/mL has a higher sensitivity (86%, 95% confidence interval (CI): 65–97%) and specificity (86%, 95% CI: 79–91%), positive predictive value (97%) and likelihood ratio (6.05), and is superior when compared to serum CA19-9 and CEA for detection of PDAC. The team found that when pancreatic cancer alone is targeted, PTX3 does not seem to change upon administration of chemotherapy; however, when medications targeting both cancer and stroma are administered, changes are seen in PTX3 levels. This change in PTX3 can be easily measured in blood to monitor how the drug is working. Thus, PTX3 may help in monitoring the effectiveness of treatment much earlier than scans may be able to indicate treatment response.

The authors concluded that their study suggests that PTX3 may be a sensitive and specific biomarker able to distinguish cancerous from non-cancerous conditions of the pancreas. The team hopes the findings will provide direction for future prospective clinical trials to determine whether PTX3 could be effective in the clinic as a biomarker for early detection and, perhaps, used in conjunction with other biomarkers to monitor response to treatment of pancreatic cancer. The study was published on June 29, 2021 in the journal npj Precision Oncology.