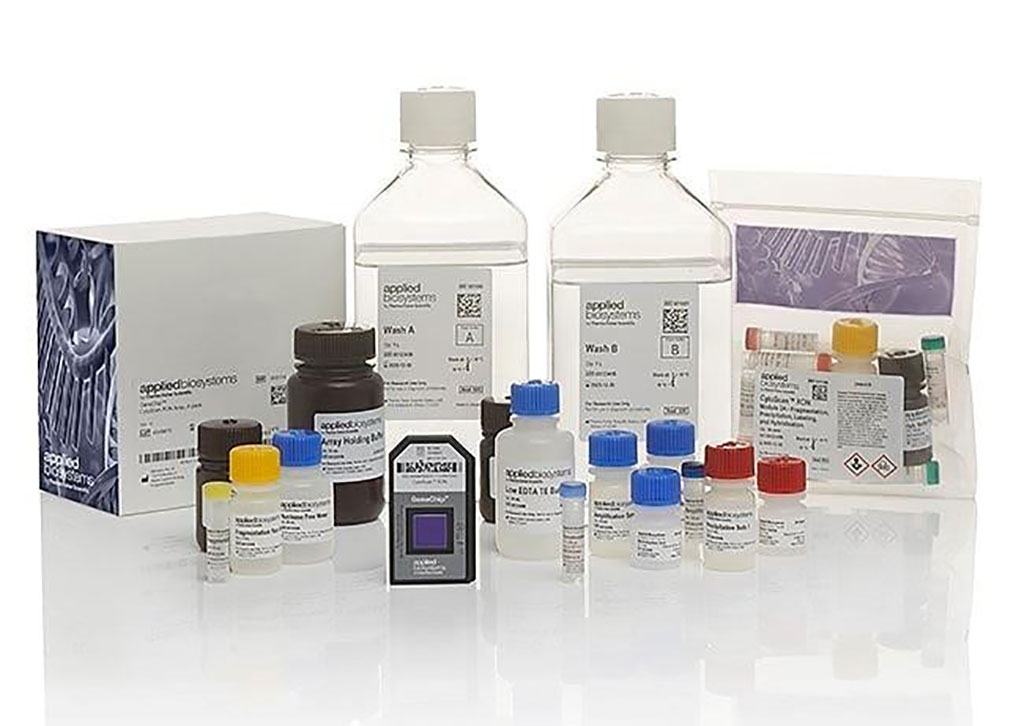 Image: The Affymetrix CytoScan HD microarray suite provides the broadest coverage and highest performance for detecting chromosomal aberrations (Photo courtesy of Thermo Fisher).
Autism spectrum disorder (ASD) refers to a group of neurodevelopmental conditions resulting in challenges related to communication, social understanding and behavior. Studies show families who have a child with ASD have a 6.9% to 19.5% chance of another child having ASD and a 30% to 40% chance of another child having atypical development.

One of the key priorities of interventions for autism spectrum disorder (ASD) is starting early, with some evidence showing infants as young as seven months old could benefit. Yet, most children in North America are not diagnosed with ASD until they're over four years of age. Identification of genetic biomarkers associated with ASDs could improve recurrence prediction for families with a child with ASD.

A group of scientists collaborating with the Hospital for Sick Children (Toronto, ON, Canada) enrolled in a study, participants from 253 families enrolled (134 from USA sites and 119 from Canada). A total of 253 probands, 322 siblings (including 288 infant siblings), and 447 parents (242 mothers; 205 fathers) constituted the final cohort and were analyzed. All families had at least one child (i.e., the proband) diagnosed with ASD.

The team reported that the clinical microarray findings for 253 longitudinally phenotyped ASD families, encompassing 288 infant siblings showed that by age 3, 103 siblings (35.8%) were diagnosed with ASD and 54 (18.8%) were developing atypically. Thirteen siblings have copy number variants (CNVs) involving ASD-relevant genes: six with ASD, five atypically developing, and two typically developing. Within these families, an ASD-related CNV in a sibling has a positive predictive value (PPV) for ASD or atypical development of 0.83. The team has confirmed similar findings in a separate group of 2,110 families having one child with, and a second child without ASD.

Lonnie Zwaigenbaum, MD, FRCP (C), a Professor of Pediatrics and a senior study author, said, “These findings add to a growing body of evidence that biomarkers might be helpful in identifying pre-symptomatic infants who are likely to develop ASD or other developmental challenges.” The study was published on December 5, 2019 in the journal Nature Communication.