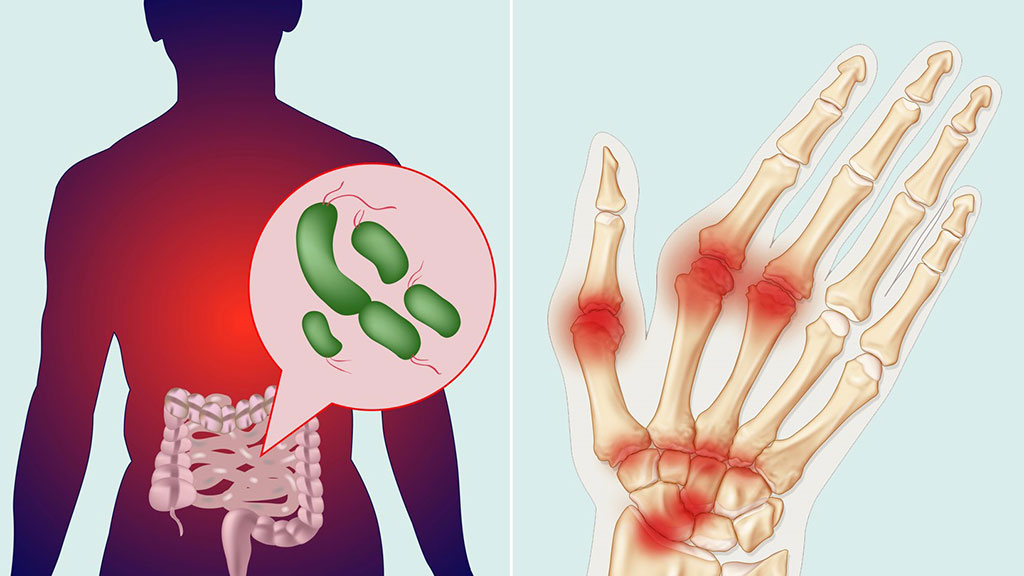 Rheumatoid arthritis is an autoimmune condition in which the immune system attacks the tissues of the joints, especially in the knees, hands, and wrists. This causes inflammation and painful swelling.

A team of Medical Scientists at the University of Colorado Denver (Aurora, CO, USA) hypothesized immune reactivity to Pc may be found in additional RA populations and potentially in individuals at-risk for developing RA. The study compared 98 patients with established rheumatoid arthritis, and 67 people at high risk of developing rheumatoid arthritis, with equal numbers of matched, healthy controls.

Serum levels of IgA and IgG anti-Pc-p27, an immunogenic Pc protein, were analyzed in study participants at-risk for the development of RA, those who transitioned to RA, in those with early RA (< one year of disease), and in those with established RA, compared to matched controls. Additionally, levels of anti-Pc-p27 antibodies were evaluated in individuals stratified by RA-related autoantibody status.

Jennifer A. Seifert, MPH, the corresponding author of the study, said, “Our hope is that these findings can help to further elucidate the complex causative role of bacterial commensals in people who are at risk of developing rheumatoid arthritis and in those with rheumatoid arthritis so that targeted therapies can be developed with the goals of providing better treatment and ultimately, prevention of the disease.”