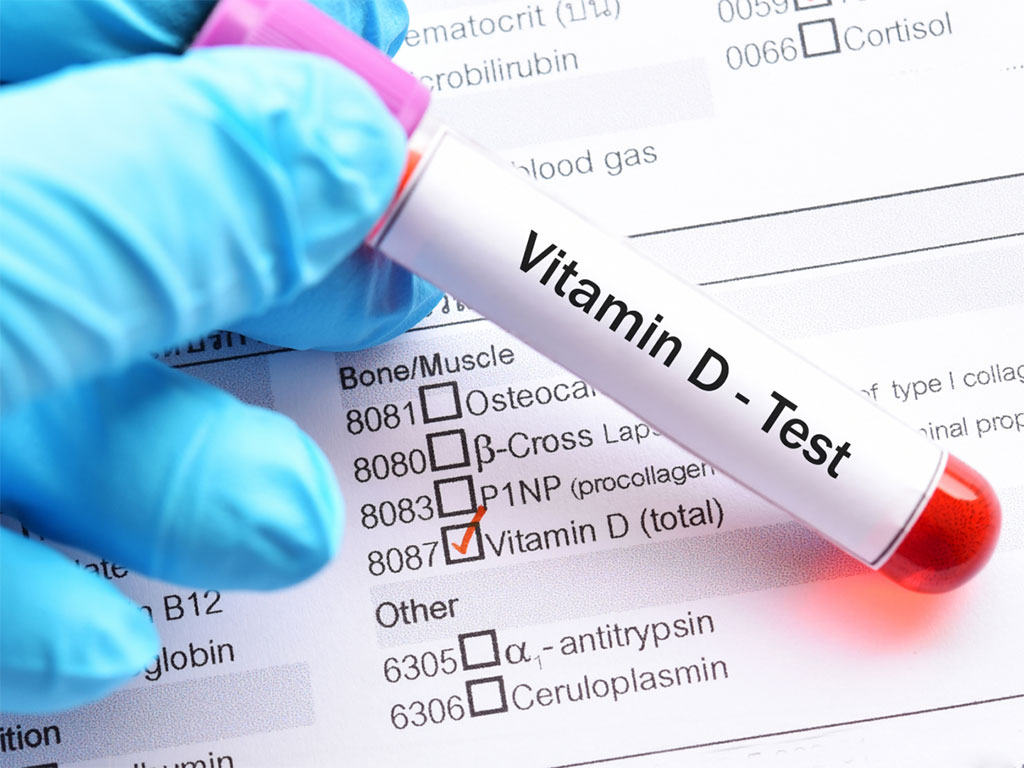 Image: Lower vitamin D levels are associated with metabolic syndrome and insulin resistance in systemic lupus (Photo courtesy of Nikki Yelton, RD)
Systemic lupus erythematosus (SLE), is the most common type of lupus. SLE is an autoimmune disease in which the immune system attacks its own tissues, causing widespread inflammation and tissue damage in the affected organs. It can affect the joints, skin, brain, lungs, kidneys, and blood vessels.

Metabolic syndrome is a cluster of conditions that occur together, increasing the risk of heart disease, stroke and type 2 diabetes. These conditions include increased blood pressure, high blood sugar, excess body fat around the waist, and abnormal cholesterol or triglyceride levels. Metabolic syndrome is increasingly common, and up to one-third of adults in the USA have it.

A large team of immunologists and their international colleagues working with the University of Birmingham (Birmingham, UK) examined vitamin D levels in 1,163 patients with SLE across 33 centers in 11 countries. Clinical, laboratory and therapeutic data were collected. Vitamin D level was defined according to tertiles based on distribution across this cohort, which were set at T1 (10–36 nmol/L), T2 (37–60 nmol/L) and T3 (61–174 nmol/L). Metabolic syndrome was defined according to the 2009 consensus statement from the International Diabetes Federation. Insulin resistance was determined using the Homeostatic Model Assessment of Insulin Resistance (HOMA-IR) model. Linear and logistic regressions were used to assess the association of variables with vitamin D levels.

The team reported that of the 1,847 patients, 1,163 (63%) had vitamin D measured and 398 (34.2%) subjects were in the lowest 25(OH)D tertile. Metabolic syndrome was present in 286 of 860 (33%) patients whose status could be determined. Patients with lower 25(OH)D were more likely to have metabolic syndrome and higher HOMA-IR. The metabolic syndrome components, hypertension, hypertriglyceridemia and decreased high-density lipoprotein (HDL) were all significantly associated with lower 25(OH)D. Increased average glucocorticoid exposure was associated with higher insulin resistance.

John A. Reynolds, MD, a Consultant Rheumatologist and a senior author of the study. said, “Our results suggest that co-existing physiological abnormalities may contribute to long-term cardiovascular risk early on in systemic lupus erythematosus. We found a link between lower levels of vitamin D and metabolic syndrome and insulin resistance.”

The authors concluded that metabolic syndrome and insulin resistance are associated with lower vitamin D in patients with SLE. Further studies could determine whether vitamin D repletion confers better control of these cardiovascular risk factors and improve long-term outcomes in SLE. The study was published originally published on February 8, 2021 in the journal Rheumatology.