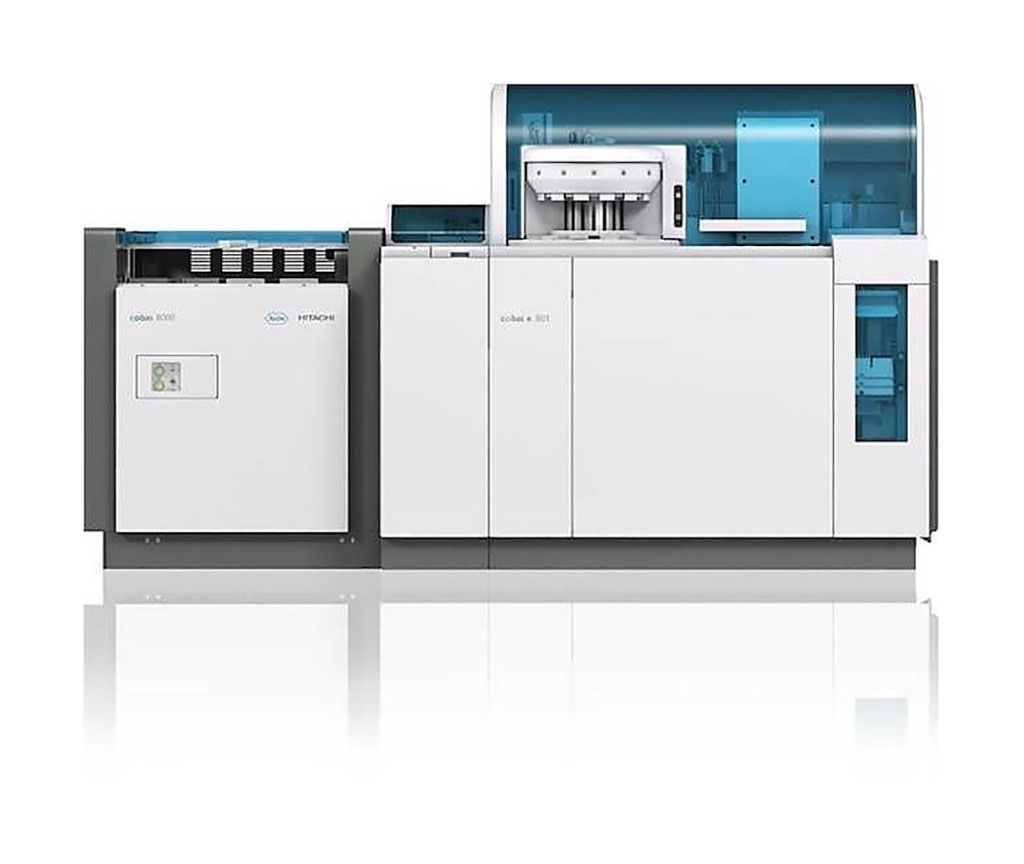 Image Some of the components of the cobas 8000 modular analyzer series (Photo courtesy of Roche).
Magnesium is the second most abundant intracellular cation and is essential for regulation of many functions within the cell, including modulation of ion channels, protein synthesis and energy metabolism.

Several laboratory tests to assess cellular magnesium concentrations in the human body have been evaluated, of which measurements in leukocytes generally correlate well with other magnesium pools, including skeleton, vascular smooth muscle and cardiac muscle.

Medical scientists at the University Medical Center Groningen (Groningen, the Netherlands) and their associates analyzed both urine and blood from 1,699 participants in a cohort study. The overall, mean age of the cohort was 51.0 ± 13.4 years, 57.5% were female, 36.0% were non-smoker and 11.9% non-drinker.

The plasma magnesium concentration was also assessed using a colorimetric assay on a Cobas 8000. The colorimetric assay is based on the complex formation between magnesium ions and xylidyl blue in an alkaline solution (tris(hydroxymethyl)-aminomethane/6-aminocaproic acid buffer), forming a purple diazonium salt. EDTA whole blood samples were collected between August 2017 until December 2017. One aliquot sample was prepared for indirect intra-erythrocyte magnesium (iIEM) and one for direct intra-erythrocyte magnesium (dIEM). A validated inductively coupled plasma mass spectrometry (ICP-MS) method was used to determine magnesium in whole blood (for iIEM) and washed erythrocytes (for dIEM).

The authors concluded that there was a strong correlation between a direct and an indirect method for the assessment of IEM. The study indicated that iIEM can be used in practice, eliminating labor-intensive washing procedures and high costs required for direct methods. The study was published on September 11, 2020 in the journal Clinica Chimica Acta.