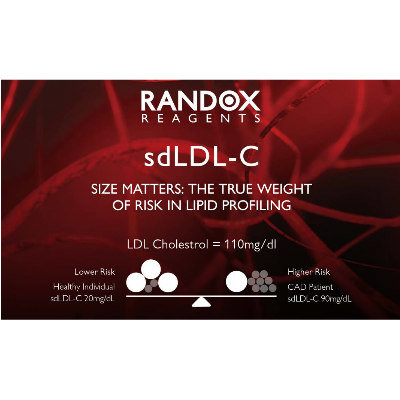 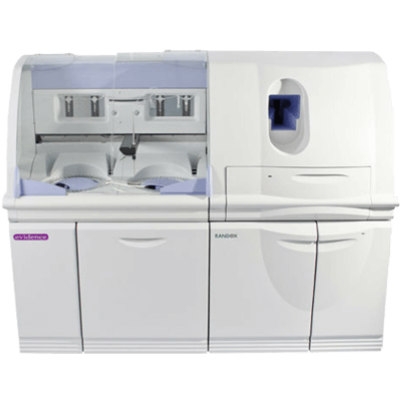 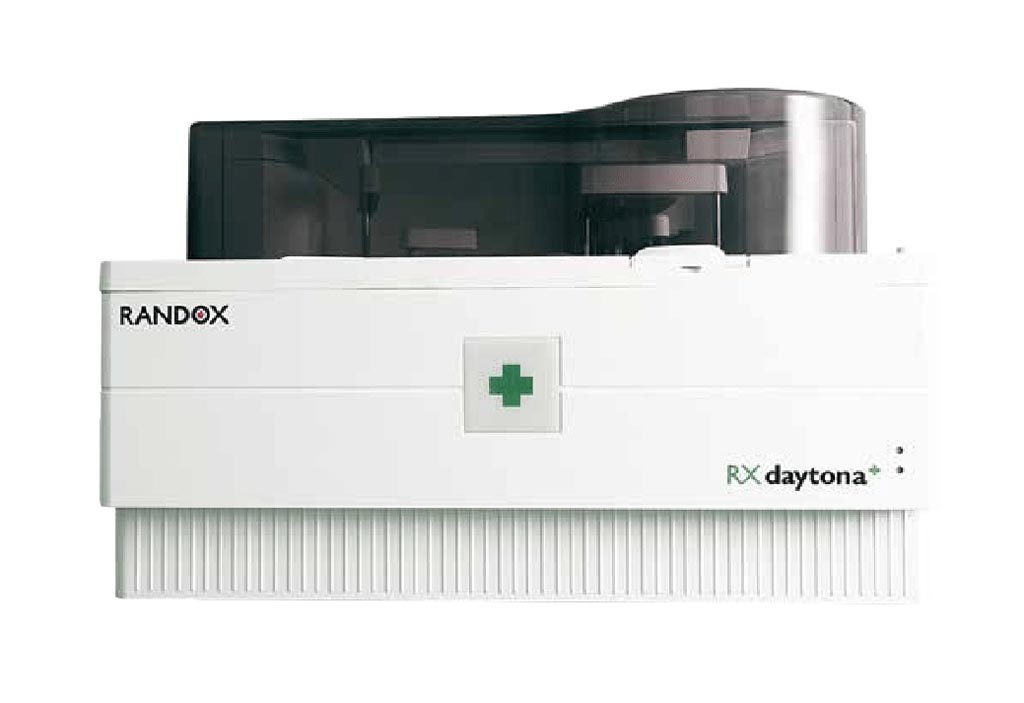 Image: The RX daytona+ clinical chemistry analyzer (Photo courtesy of Randox).
Global diagnostics firm Randox Laboratories (Crumlin, UK) showcased its unique life science capabilities in areas, including stroke differentiation and quality control for a range of infectious diseases, at the world’s largest laboratory medicine conference – the AACC Annual Scientific Meeting & Clinical Lab Expo – in California, USA. The 71st event from the American Association for Clinical Chemistry (AACC) highlighted the best in the industry on the world stage once again, as clinicians, companies and customers from all over the world flocked to the Californian Anaheim Convention Center from August 4-8, 2019.

At this year’s AACC event, Randox launched a number of exciting new innovations, including a new offering of Infectious Disease Serology Internal Quality Controls which includes quality control material vital for the testing of Lyme Disease, ToRCH, EBV, HIV, HAV, HTLV, CMV, VZV and much more. All samples are provided in a user-friendly, liquid ready-to-use format, which significantly reduces preparation time and the risk of pipetting errors. Randox also launched its whole pathogen Blood Borne Virus Controls sold under the brand name Qnostics that are versatile in monitoring the presence of BBVs, including HIV, Hepatitis B and Hepatitis C.

For use with molecular methods, the controls are manufactured using whole pathogens and therefore, mimic the patient sample, providing the best sample matrix for laboratories. Among its QC solutions, Randox highlighted its Acusera Linearity Sets that are designed to challenge a larger section of an instruments reportable range and test if a system’s calibration is still valid. The company’s linearity materials cover a wide range of testing including, CRP, RF, Lipids, Therapeutic Drugs, Esoterics and more. Designed with user convenience in mind, all the linearity sets are supplied in a liquid format, while also presented in varying levels.

At AACC, Randox unveiled its brand new Randox Stroke Biochip, an advancement of its Biochip Array Technology, which is a multi-analyte testing platform facilitating the simultaneous quantitative or qualitative detection of a wide range of analytes from a single sample. The Randox Stroke Biochip is a rapid and highly sensitive blood test that will complement and enhance existing CT scanning technology to facilitate accurate classification of stroke patients and improve patient care pathways. It provides a unique solution for simultaneous detection of multiple stroke biomarkers from a single sample, facilitating fast and accurate classification of stroke patients in an emergency setting.

Randox also announced 510 (K) clearance from the US Food and Drug Administration for its RX daytona+ fully automated, benchtop, clinical chemistry analyzer that is capable of performing high quality testing, including emergency STAT sampling, and boasts of a combined throughput of 450 tests per hour including ISE. At AACC 2019, Randox highlighted its fully automated Evidence+ batch immunoanalyzer that simultaneously detects multiple drugs and drug metabolites from a single sample and also announced its new automated assay for sPLA2-IIA mass.

“We look forward to AACC every year as we exhibit our constantly-evolving revolutionary technologies,” said Randox Managing Director, Dr. Peter FitzGerald. “This year, we will once again highlight Randox’s ground-breaking diagnostic products and services which help to save and extend lives across the world.”