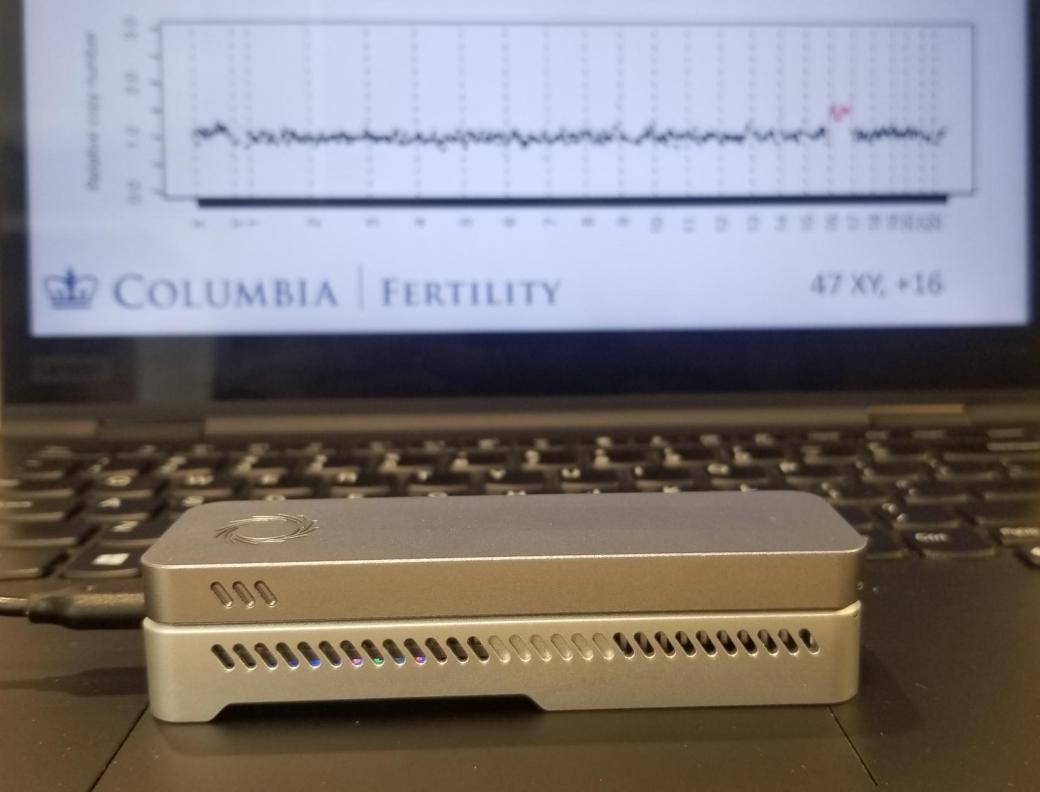 A newly developed prenatal test can determine if a fetus or embryo has the right number of chromosomes at a fraction of the time and cost of currently available clinical genetic tests.

Currently available prenatal genetic tests cost thousands of dollars and take days to weeks to deliver results, adding to the emotional and financial stress of fertility treatment and pregnancy and impacting treatment options.

Clinical Scientists from the Columbia University Irving Medical Center (New York, NY, USA) and their colleagues developed the new test, called STORK (Short-read Transpore Rapid Karyotyping), that can be used in the doctor's office at the point of care, delivers results in under two hours, and is about 10 times less expensive to process per sample than current tests. The nanopore-based sequencing technology was used to analyze tiny fragments of DNA 15,000 times faster than currently available chromosomal testing methods, significantly reducing the amount of time to get results. The test also uses much smaller equipment, about the size of a harmonica and weighing just 450 grams, making it accessible for use in physician offices.

The chromosomal abnormalities that this test can detect are, by far, the most common causes of miscarriage, structural anomalies, and developmental delays. Prenatal genetic testing is recommended for pregnant women who are age 35 or older, have a family history of genetic disorders, or have had one or more miscarriages. It is also used increasingly during in vitro fertilization (IVF) to test embryos prior to implantation to improve the chances of pregnancy and reduce the risk of miscarriage.

The team tested STORK in 218 blinded samples from miscarriages, pregnancies, via amniotic fluid or chorionic villi, and biopsies from embryos prior to implantation. Results were compared with those obtained using standard clinical testing. STORK results agreed with standard clinical testing in all of the pregnancy-related samples and in 98% of the embryos tested. For miscarriage samples, STORK was more accurate than standard testing and was determined to have correctly identified chromosome numbers in the 10 cases for which the two tests disagreed. An additional 60 pregnancy samples were tested with STORK at an independent certified laboratory, and those results were identical to results obtained with standard clinical testing.

Zev Williams, MD, PhD, Associate Professor of Women's Health and a senior author of the study, said, “The affordability of this test also means that individuals who have suffered a miscarriage do not have to wait until a second or third loss before insurance will cover expensive lab tests, leaving many women in the dark and often blaming themselves. Our study also shows that our rapid test was better than the gold standard for testing miscarriage samples, giving women who have suffered a pregnancy loss a sense of closure and the ability to take steps to prevent another loss.” The study was published on August 18, 2022 in the New England Journal of Medicine.