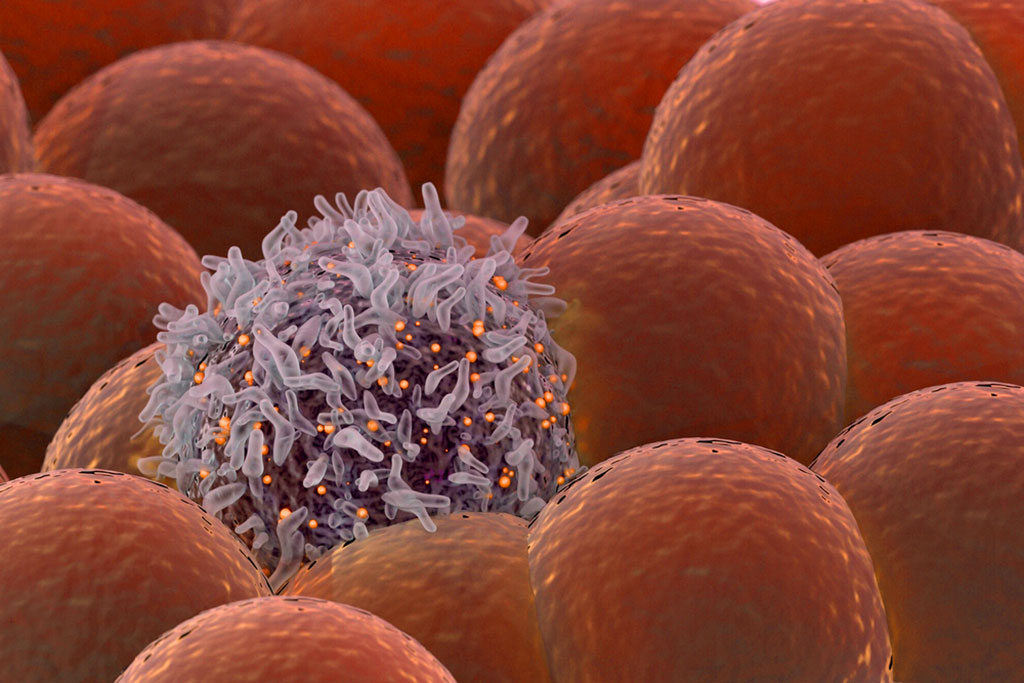 CSCs have been linked to drug resistance, metastasis and tumor relapse and it would be important to discover treatments targeting these sub-populations to provide improved outcomes. Developing treatment strategies targeting CSCs remains a challenge, due to the paucity of reliable biomarkers identifying such subpopulations.

A team of scientists led by the University of Houston (Houston, TX, USA) applied an “unbiased” peptoid combinatorial cell screen to identify highly specific ligands that bind a CSC subpopulation of non-small cell lung cancer cells (defined by Aldefluor positivity), but not the remaining aldefluor negative cancer cells from the same preclinical model.

The team developed 400,000 potential synthetic chemical compounds (peptoids) and used them to capture the specific biomarker performing a unique, but simple two-color cell screen. From almost half a million, only three peptoids targeted cancer stem cells and not the remaining cancer cells from the same patient. When those peptoids were used to pull-down their targets, one of them was identified as plectin, proving that it is a unique biomarker for cancer stem cells.

The investigators reported that one of the ‘hit’ peptoids bound to plectin, a structural protein, predominantly expressed intracellularly, but whose localization on the cell surface is linked to tumor invasion and metastasis. Because plectin assists in shaping cells, it is pivotal to the spread of cancer, helping cancer stem cells wend their way through the body.

The authors concluded that they had used a peptoid on-bead two-color (OBTC) combinatorial cell screen to unbiasedly target a Aldehyde Dehydrogenase 1 positive (ALDH+) subpopulation in a non-small cell lung cancer cells (NSCLC) which led to the identification of peptoid PCS2, which in turn led to identification of its binding target, plectin which was expressed on the surface of NSCLC tumor cells but not normal lung epithelial cells.

Gomika Udugamasooriya, PhD, an assistant professor and senior author of the study, said, “We have found a new biomarker, the protein plectin, on cancer stem cells. We believe plectin may be a more common biomarker that could lead to broadly applicable drug development. Plectin is a structural protein, predominantly expressed intracellularly, but whose translocation onto the cell surface is linked to tumor invasion and metastasis. Our studies show both genotypic and phenotypic correlations between plectin and lung cancer stem cells, as well as association of high plectin expression with poor patient survival in lung adenocarcinoma, potentially identifying plectin as a biomarker for lung cancer stem cells.” The study was published on October 18, 2019 in the journal Scientific Reports.