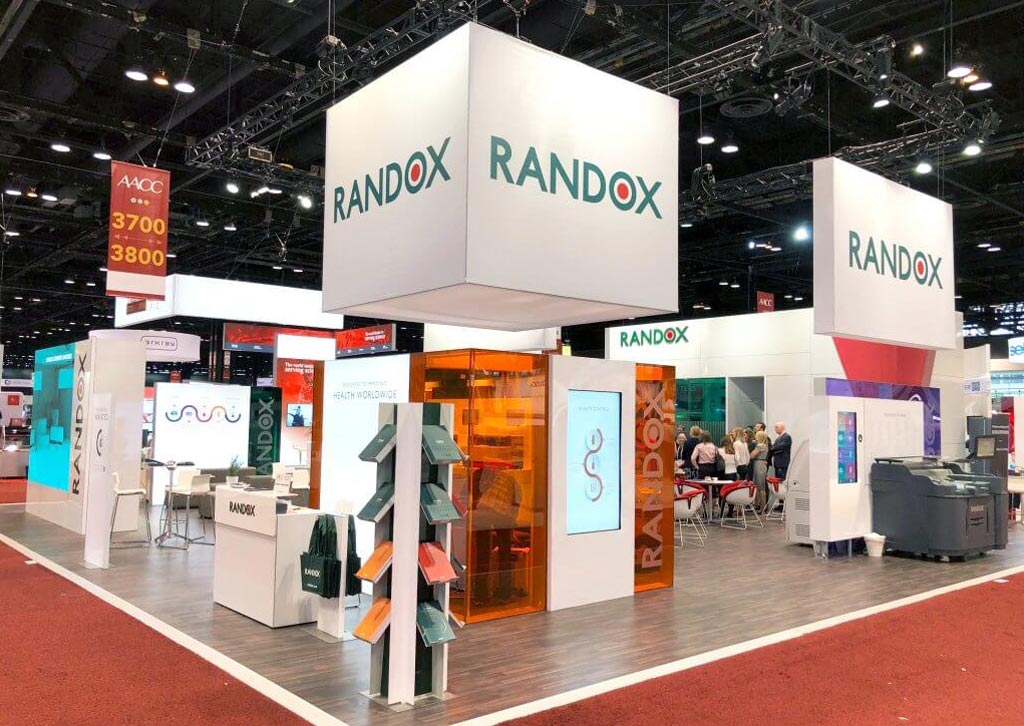 The American Association of Clinical Chemistry (AACC) Annual Meeting and Clinical Lab Expo, considered to be the leading event for laboratory medicine worldwide, offered Randox the opportunity to showcase its capabilities to more than 20,000 healthcare professionals and decision makers from around the globe.

At AACC 2018, Randox hosted demonstrations of a wide range of its intuitive multiplex analyzers, including the Randox Evidence Evolution, which is the world’s first fully automated random access testing platform that is capable of delivering 2,640 results in one hour, with the first results delivered in only 37 minutes. The Randox Evidence Evolution runs on the company’s patented Biochip Array Technology, which can currently run 49 different tests simultaneously, ensuring fast, accurate and reliable diagnosis.

Randox also launched a number of new tests on the Randox Biochip at this year’s AACC event, including a diagnostic test for the differentiation of hemorrhagic and ischemic strokes, an algorithm capable of generating a patient’s Type 1 Diabetes Genetic Risk Score, and a test to diagnose Acute Kidney Injury (AKI) in participants of pharmaceutical drug trials.

“Our pioneering diagnostic technologies are leading the way in innovation and have real potential to transform healthcare around the world. We remain committed to developing new health diagnostic technologies for a range of the world’s most pressing health issues in need of the most urgent address, and to expanding the business in our key markets, such as the US,” said Randox managing director, Dr. Peter FitzGerald. “Our very significant investment in research and development means that we have more new tests in development than any other healthcare company in the world and are able each year to bring a wealth of exciting new technologies to the American market.”