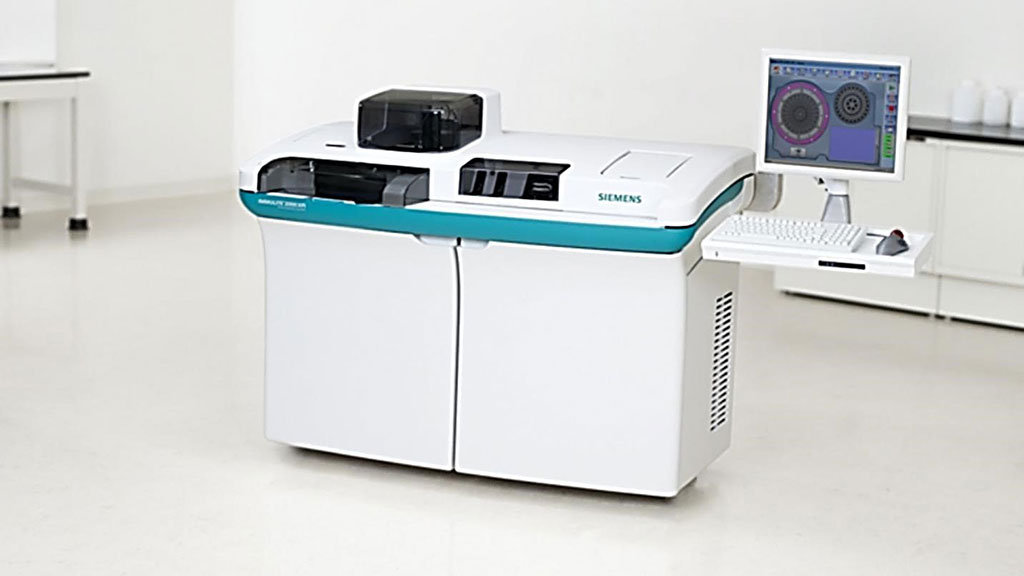 Human chorionic gonadotropin (hCG) is routinely used for first trimester Down's syndrome screening programs worldwide. hCG could be a determinant of GDM risk as it has been shown to stimulate placental glycogenolysis through activation of adenylate cyclase and its immunomodulatory effects could ameliorate pancreatic autoimmunity. Decreased thyroid function has been found to be associated with a higher risk of GDM.

Medical Scientists at the Erasmus Medical Center (Rotterdam, The Netherlands) and their Chinese colleagues analyzed data from 18,683 pregnant women (mean age, 29 years; mean gestational age, 12.1 weeks; 84.5% primiparous) presenting at a tertiary hospital in Shanghai from 2015 to 2016. Fasting blood samples were obtained in the first trimester (between 9 and 13 weeks).

The team reported that higher hCG concentrations were associated with a lower plasma glucose level during the oral glucose tolerance test (OGTT), but not with fasting plasma glucose or hemoglobin A1c concentrations tested during early pregnancy. In the sensitivity analysis restricted to TPOAb-positive women, hCG was not associated with GDM. Within the cohort, median thyroid-stimulating hormone was 1.15 mU/L, median free T4 was 15 pmol/L, and 1,833 women (9.8%) were TPOAb positive. hCG in early pregnancy was negatively associated with GDM risk. Mediation analysis identified that an estimated 21.4% of the association of hCG-associated GDM risk was mediated through changes in free thyroxine (fT4) concentrations.

Tim I. M. Korevaar, MD, PhD, a translational epidemiologist and a senior author of the study, said, “These data provide new insights into how thyroid physiology could affect the risk for gestational diabetes, after replication of which, these data can be used to identify high-risk populations. It will be relevant to study the mechanism via which hCG may have a beneficial effect on glucose homeostasis, and further studies on the relevance of adequate hCG stimulation of thyroid function during pregnancy are needed to improve the clinical risk assessment related to thyroid function test abnormalities in pregnancy.”

The authors concluded that higher hCG levels in early pregnancy are associated with a lower risk of GDM, which could be mediated by maternal fT4 concentrations. The study provided new insights into the potential mechanism involved in the development of glucose intolerance. The study was published on April 21, 2021 in the journal Thyroid.