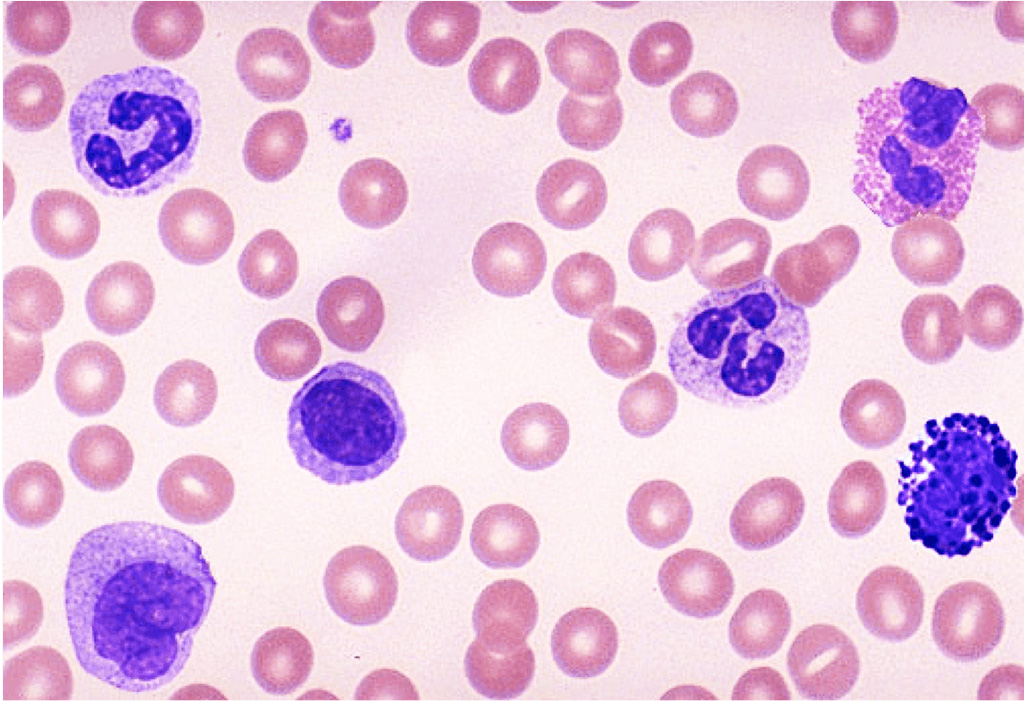 Image: A blood film showing neutrophils and lymphocytes and other white and red blood cells, and a platelet (Photo courtesy of University of Minnesota).
Trauma-related injury as a potential cause of death affects millions of people worldwide, especially in less developed countries and furthermore, it is the leading cause of mortality in pediatric trauma patients.

An emergency physician at the Sivas Cumhuriyet University Hospital (Sivas, Turkey) evaluated the prognostic ability of NLR and PLR on mortality in pediatric trauma (PT) patients. This retrospective study included a total of 358 PT patients admitted to the emergency department (ED) of the hospital, between January 2010 and June 2018, due to acute trauma.

Data for hemoglobin (Hb), neutrophil, monocyte, white blood cell (WBC), lymphocyte, blood glucose, alanine aminotransferase (ALT), aspartate aminotransferase (AST), activated partial thromboplastin time (aPTT), and international normalized ratio (INR) were retrospectively derived from the medical record database of the first electronic application of biochemical results. Both the NLR and PLR were calculated at the time of admission by dividing the blood neutrophil count and the blood platelet count, respectively, by the lymphocyte count. The data regarding absolute neutrophil count and absolute lymphocyte count were obtained from the first routine blood assay at the time of admission.

The author concluded that acquiring the NLR and PLR at the time of admission could be a useful predictor for mortality in PT patients. The study indicated that NLR and PLR, as well as blood glucose and ISS at the time of admission, were independently associated with post-traumatic systemic inflammatory response syndrome (SIRS). The study was published in the October 2019 issue of the Rambam Maimonides Medical Journal.