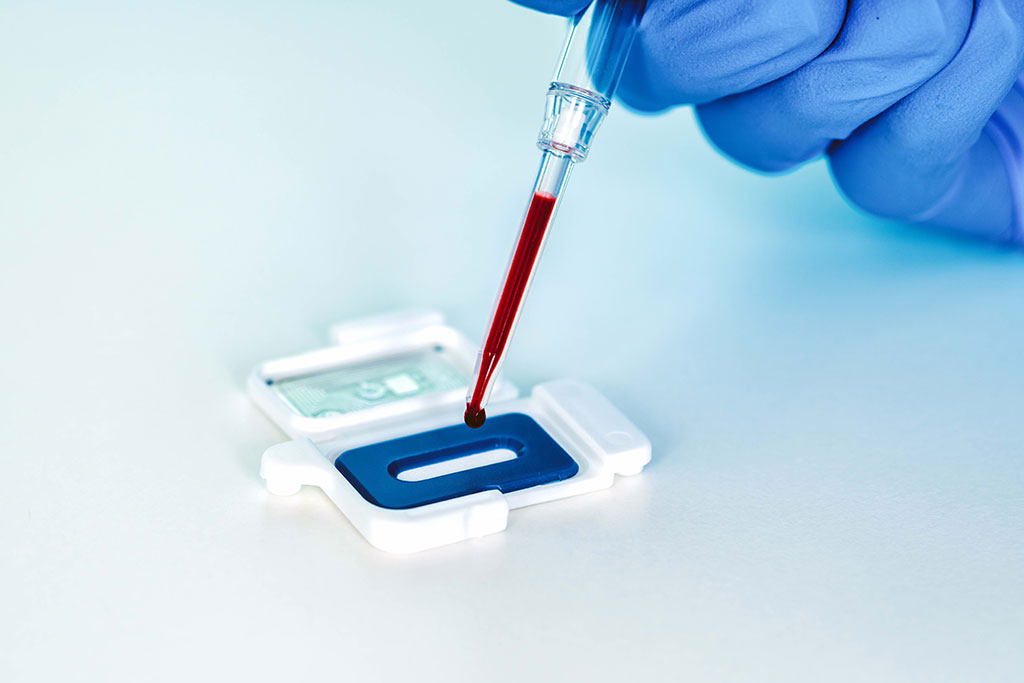 Sepsis, one of the leading causes of death worldwide, is a life-threatening condition caused by a dysregulated host response to infection, which can progress to multiple organ dysfunction, septic shock and even death. Sepsis early warning signs and symptoms, such as fever, chills, nausea, fatigue, pain, etc., are generic and non-specific, making it extremely challenging to differentiate sepsis from other conditions. However, research shows that the early detection of sepsis with timely, appropriate interventions increases the likelihood of survival. Pancreatic Stone Protein (PSP) is a protein biomarker produced by the pancreas and secreted in response to sepsis-related organ dysfunction. PSP has shown great accuracy as an early warning sign of sepsis, increasing up to three days before overt clinical signs and symptoms appear. Now, an ultra-rapid nanofluidic-based diagnostic platform and the PSP biomarker have been brought together to offer a unique bedside test for the earliest and immediate detection of sepsis.

Abionic SA’s (Lausanne, Switzerland) PSP sepsis diagnosis test on the company’s abioSCOPE device allows for identification of the biomarker up to 72 hours before the standard of care in five minutes. Abionic’s nanotechnology is transforming today’s blood-testing standards by bringing laboratory quality to near-patient testing and simultaneously analyzing up to 14 parameters from a single drop of blood, to provide actionable results in just five minutes. By driving molecules into a nanochannel and limiting the travel distance to a few hundred nanometres, molecular interactions are accelerated rapidly. Thus, biomarker levels of e.g. antibodies and proteins can be efficiently quantified within an extremely short assay time, with high precision and accuracy on a closed, small and easy-to-operate platform.

Abionic’s newly IVDR certified PSP test is particularly useful for guiding physicians in the decision to start or modify antibiotic treatment. Antibiotics are medicines that are used to prevent and treat bacterial infections, although their systematic overuse and misuse is leading to a concerning increase in the number of antibiotic resistant bacteria, which are becoming harder to treat and causing more severe and fatal infections. Aside from contributing to resistance, inappropriate antibiotic use may lead to increased mortality and severe disease, increased healthcare costs, increased lengths of stay in hospital and the need for more complex treatments leading to a higher risk for adverse effects and unwanted drug interactions. Abionic’s PSP test can help physicians decide whether or not to begin antibiotic therapy, and thereby contribute to reducing the two major public health problems of sepsis and antimicrobial resistance.