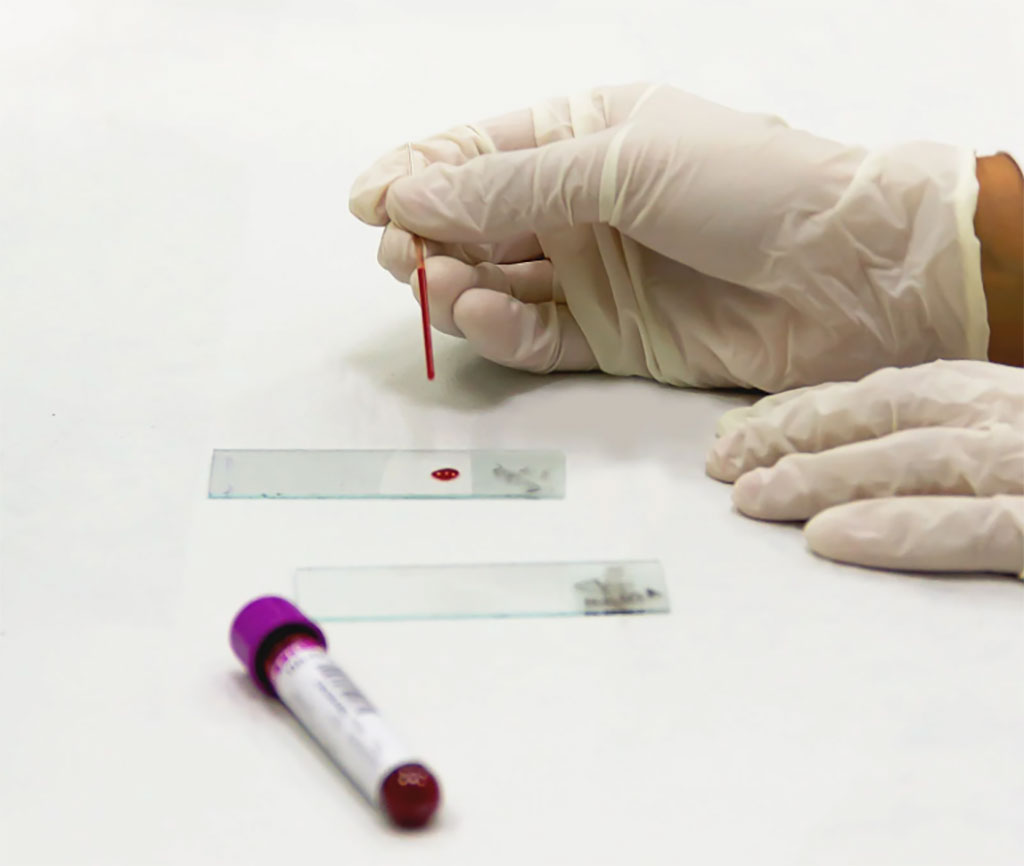 Researchers who had previously developed a blood test for mutations in a gene linked to gliomas, the most common type of adult brain tumors, have now applied their technology to detect additional mutations, in this case in the gene that codes for epidermal growth factor receptor (EGFR). The advance provides clinicians with a powerful tool to detect the presence of gliomas, characterize the tumors, and monitor their status after treatment.

The test developed by researchers at Massachusetts General Hospital (MGH, Boston, MA, USA) is a form of liquid biopsy that detects pieces of tumor cells’ genetic material - called mRNA - that are circulating in the blood. A previous study first reported the technique, a highly optimized novel digital droplet polymerase chain reaction (ddPCR) blood test, for accurately detecting and monitoring the presence of two mutations of the gene TERT, which is commonly mutated in glioma tumors. After further tailoring their technique to detect mRNA produced from a mutated EGFR gene called EGFRvIII that is often present in especially aggressive gliomas, the investigators determined the prevalence of EGFRvIII mRNA in glioma tumor tissue from 37 tumor tissue samples, and they tested their blood test in plasma samples from 30 patients with gliomas with tissue-confirmed EGFRvIII, 10 patients with gliomas with no EGFR mutations, and 14 healthy controls. The team reported that the blood test had an overall sensitivity (ability to detect the presence of EGFRvIII) of 72.8% and a specificity (ability to detect the absence of EGFRvIII) of 97.7%.

The technology could also be used to determine which patients are most likely to benefit from drugs targeting the EGFRvIII protein on cancer cells. The scientists note that their EGFR and TERT tests will require additional studies to evaluate their performance in larger groups of patients; however, combining different mutation assays represents a promising strategy to more accurately diagnose gliomas, monitor tumor progression, and assess response to therapy. The technology could also be applied to a range of other cancer types that carry mutations in these and other genes.

“There is a real need to make brain tumor diagnosis less invasive than the current technique of tissue biopsy. This research demonstrates that it is now feasible to diagnosis a brain tumor via a blood test for one of the most common mutations detected in brain tumors,” said co–senior author Leonora Balaj, PhD, an investigator at MGH’s Brain Tumor Research Center and an assistant professor of Neurosurgery at Harvard Medical School.

“Current studies involving CAR-T immune cells are aimed at targeting this surface marker. A blood-based assay for EGFRvIII would allow to stratify patients who would be eligible for potential clinical trials as well as monitor the response to the therapeutic using a simple blood test,” added co–senior author Bob S. Carter, MD, PhD, chair of the Department of Neurosurgery at MGH and the William and Elizabeth Sweet Professor of Neurosurgery at Harvard Medical School.