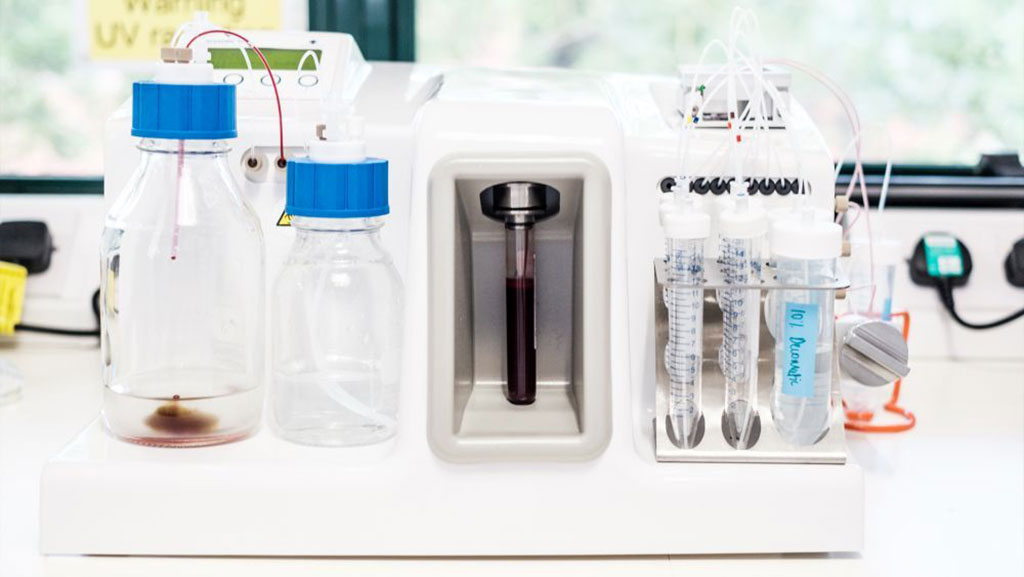 Docetaxel is a cytotoxic chemotherapeutic agent. Because docetaxel is a cell-cycle-specific agent, it is cytotoxic to all dividing cells in the body. This includes tumor cells as well as hair follicles, bone marrow, and other germ cells. Docetaxel treatment has been shown to significantly improve overall survival (OS) in metastatic castration-resistant prostate cancer (mCRPC), and recently has been used as chemo-hormonal therapy in metastatic hormone-sensitive prostate cancer (mHSPC). However, a proportion of patients treated with DOC have inherent or acquired resistance.

Investigators at Queen Mary University of London (United Kingdom) examined the potential of a liquid biopsy approach for predicting which prostate cancer patients would become resistant to docetaxel.

For this study, the investigators employed the ANGLE (Guildford, United Kingdom) Parsortix blood filtration system to capture circulating tumor cells (CTCs) based on their larger size compared to other components in the blood, such as white blood cells.

Blood samples were obtained from 56 patients with advanced prostate cancer. The samples were taken before beginning docetaxel treatment, after the first dose of chemotherapy, before the fifth dose, and at the end of the treatment (after approximately six to eight months). The number of samples per patient ranged from two to four, and a total of 205 samples were analyzed.

Results revealed that patients were less likely to respond to docetaxel, their disease was more likely to recur or progress within three months, and they were more likely to die within 18 months if more than six CTCs per 7.5 milliliters of blood were detected before their first docetaxel dose. This compared to progression-free survival of 17 months and an overall survival time of three years for men with fewer than six CTCs detected per 7.5 milliliters of blood. In addition, it was found that the protein encoded by the KLK2 gene was significantly better at predicting time to disease progression and death than the current gold standard protein, prostate-specific antigen (PSA), which is encoded by the KLK3 gene.

“Our ability to collect and analyze CTCs before, during, and after treatment meant that we could monitor changes in CTCs in response to treatment,” said the author of the report, Caitlin Davies, a graduate research student at Queen Mary University of London. “We then looked for patterns in the data from men who responded or did not, or whose disease progressed sooner than others after treatment. Using these patterns, we can apply them to future patients with the goal to predict whether they will respond to therapy and preemptively decide on the best course of action that will have maximal benefit. For instance, an increase in CTC numbers may indicate a lack of response to treatment. Furthermore, by monitoring the appearance of potentially drug-resistant CTCs, we can change treatment tactics early on and in a patient-personalized and timely manner.”

Results of the study were presented in abstract delivered on November 10, 2021, at the British National Cancer Research Institute (NCRI) Festival.