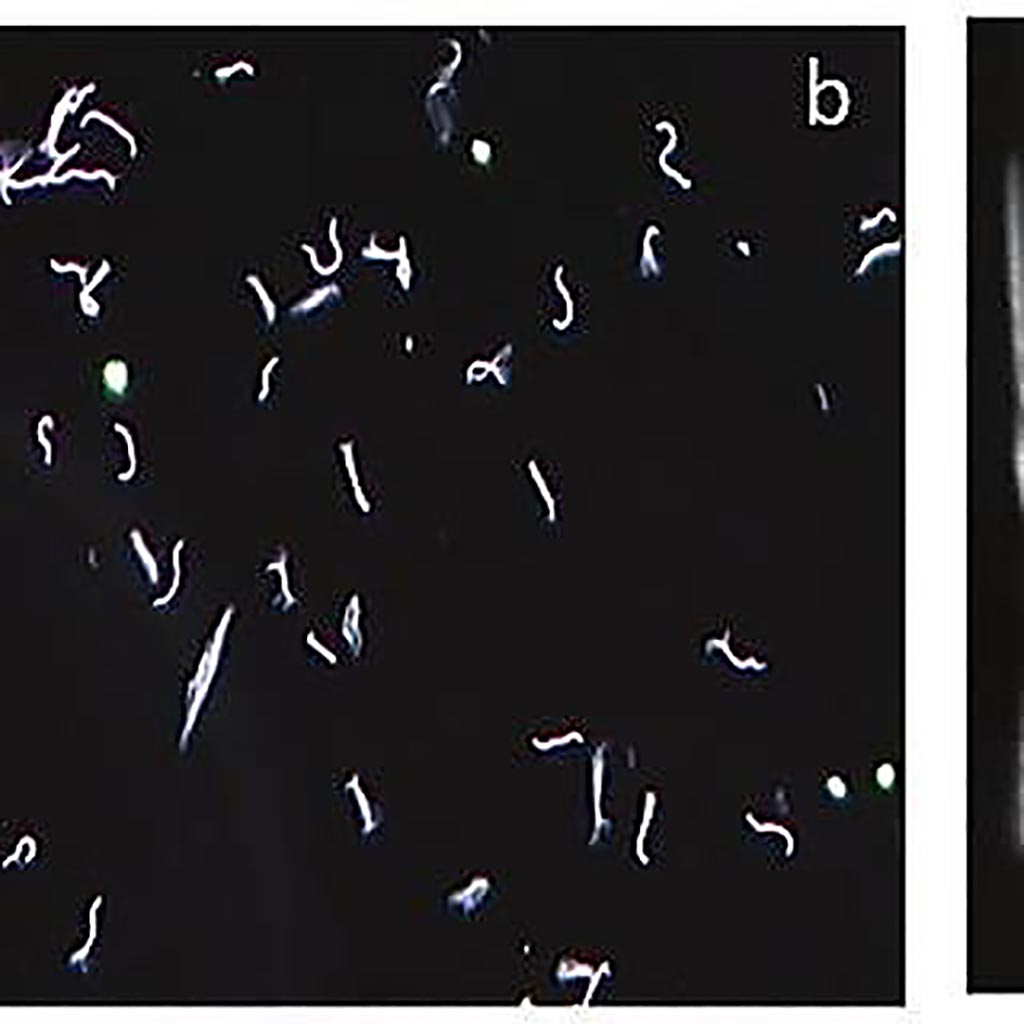 Image: Dark field microscopy of a culture of blood in EMJH semisolid media showing spirochetes with morphology compatible with Leptospira (Photo courtesy of Alejandro Llanes).
Leptospirosis is a bacterial disease that affects humans and animals. It is caused by bacteria of the genus Leptospira. In humans, it can cause a wide range of symptoms, some of which may be mistaken for other diseases.

Diagnosing leptospirosis is a clinical obstacle, as clinical presentations are similar to other infectious diseases. Available serological tests are often insensitive and not cost-effective. Many clinical diagnostic scorings had been developed, but most were based on hospitalized patients, and would not be suitable for use in suspected patients in setting of ambulatory care.

Clinical scientists at Mahidol University (Salaya, Thailand) and their colleagues performed a prospective, multisite diagnostic prediction study with development of a diagnostic score (OPD). The development cohort was based on patients suspicious of leptospirosis who visited five community hospitals in Si Sa Ket province, Thailand during December 2017 to November 2018. Leptospirosis confirmed cases were defined when one of the three standard confirmatory tests was positive.

The first set of blood samples were sent for blood culture, real time polymerase chain reaction (PCR) and microscopic agglutination test (MAT). Patients were also scheduled for another visit for the second blood samples collection, which would be used as a paired serum to evaluate rising of MAT. For direct culture of Leptospira, a drop of blood and urine was separately inoculated into 4 mL of liquid Ellinghausen-McCullough-Johnson-Harris (EMJH) at 29 ⁰C for 14 days. Detection for Leptospira was done with direct observation via dark field microscopy. The team confirmed all isolation of Leptospira by performing 16S rRNA sequencing.

The team enrolled a total of 262 leptospirosis suspicious patients. Eighty-two patients (31.5%) were leptospirosis confirmed cases. Five final predictors remained within the reduced logistic model which were history of exposure to wet ground at workplace, history of contact water reservoir used by animal, urine protein and urine blood positive from dipstick test, and neutrophil count from complete blood count (CBC) ≥80%. The OPD score diagnostic performance was area under the receiver operating characteristic curve (AuROC = 0.72). Test of equality revealed significant differences of AuROC between the OPD and WHO score (0.72 versus 0.62). Patients were categorized into low and high probability of having leptospirosis at score point of 3.5 with sensitivity 72.4% and specificity 61.7%.

The authors concluded that their study had developed and internally validated the OPD Lepto Score, a practical clinical risk score for the diagnosis of leptospirosis in suspected patients with acute undifferentiated fever who presented to the outpatient clinics in high endemic areas. With five predictors, the score was more practical for outpatient setting than the conventional WHO score with 10 predictors. The study was published on January 9, 2020 in the journal PLOS Neglected Tropical Diseases.