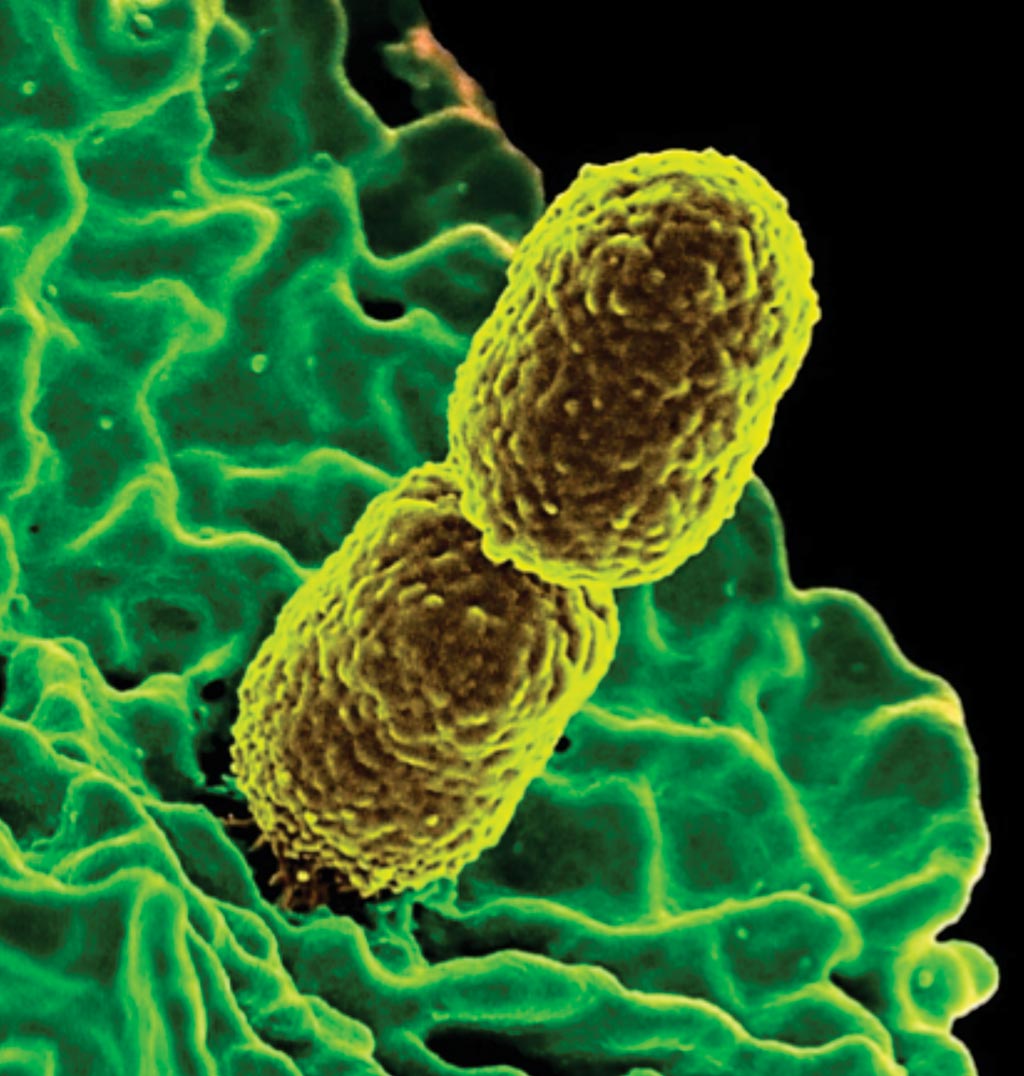 Image: A scanning electron micrograph of two rod-shaped bacteria called Klebsiella pneumoniae that are resistant to treatment with the “last resort” antibiotic drug called carbapenem. In this image, the mustard-colored bacteria are interacting with the green-colored human white blood cells (Photo courtesy of National Institute of Allergy and Infectious Diseases).
Public health interventions to control the current epidemic of carbapenem-resistant Klebsiella pneumoniae rely on a comprehensive understanding of its emergence and spread over a wide range of geographical scales.

A team of infectious disease specialists led by the University of Freiburg (Freiburg, Germany) collected more than 1,700 bacterial samples from 250 hospitals in 32 countries. Their phylogenetic analysis uncovered four clonal lineages of carbapenem-resistant K. pneumoniae and found that hospitals are a transmission hot spot, which indicates better infection control in hospitals is needed. The hospital laboratories across Europe were asked to submit their first 10 consecutive isolates of either K. pneumoniae or Escherichia coli that were not susceptible to carbapenem alongside isolates from the same species that were susceptible to carbapenem for analysis.

Hajo Grundmann, PhD, a professor and co-senior author of the study, said, “We are optimistic that with good hospital hygiene, which includes early identification and isolation of patients carrying these bacteria, we can not only delay the spread of these pathogens, but also successfully control them. This study emphasizes the importance of infection control and ongoing genomic surveillance of antibiotic-resistant bacteria to ensure we detect new resistant strains early and act to combat the spread of antibiotic resistance.” The study was published on July 29, 2019, in the journal Nature Microbiology.