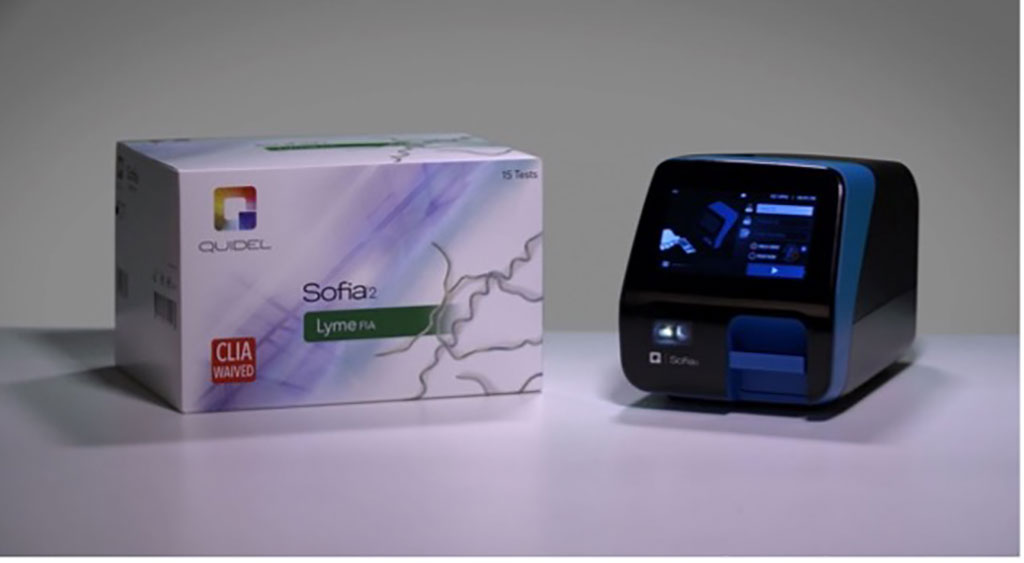 Image: Sofia 2 Lyme FIA is the only FDA-approved rapid POC test on the market (Photo courtesy of Quidel)

Lyme disease is a growing epidemic and more than 14% of the world’s population probably has, or has had, the tick-borne disease, as indicated by the presence of antibodies in the blood. Borrelia burgdorferi sensu lato (Bb) infection, more usually known as Lyme disease, is the most common type of tick-borne infection, with ticks second only to mosquitoes in terms of their carriage of harmful microbes. Redness and swelling at the site of the tick bite is typical, but the infecting agent can spread to other tissues and organs, potentially affecting the nervous system, joints, heart and skin. Lyme disease has continued to spread around the world, but there’s no agreement on just how common it is globally, or what the specific risk factors might be.

Now, Quidel Corporation (San Diego, CA, USA) is joining forces with Global Lyme Alliance (Stamford, CT, USA) to heighten public awareness around Lyme disease during Lyme Disease Awareness Month (in May) and beyond. Quidel is the leading developer in the US of the only FDA-approved rapid point of care diagnostic Lyme disease test. As part of its partnership, Quidel serves as GLA’s Official Sponsor during Lyme Awareness Month and will partner on a series of educational PACE accredited webinars. The webinars will provide new information on various Lyme topics in an open discussion format, all designed to bring awareness to Lyme disease, along with rapid ways to diagnose Lyme, leading to prompt treatment.

Leading the way in Lyme disease testing is Quidel’s Sofia 2 Lyme FIA. The only FDA-approved rapid point of care test on the market provides the patient and their physician with indicative results within 15 minutes instead of days, which has historically been the norm. Performed in the privacy of a doctor’s office or local clinic, it is also the only test that can get results from a simple finger prick of blood.