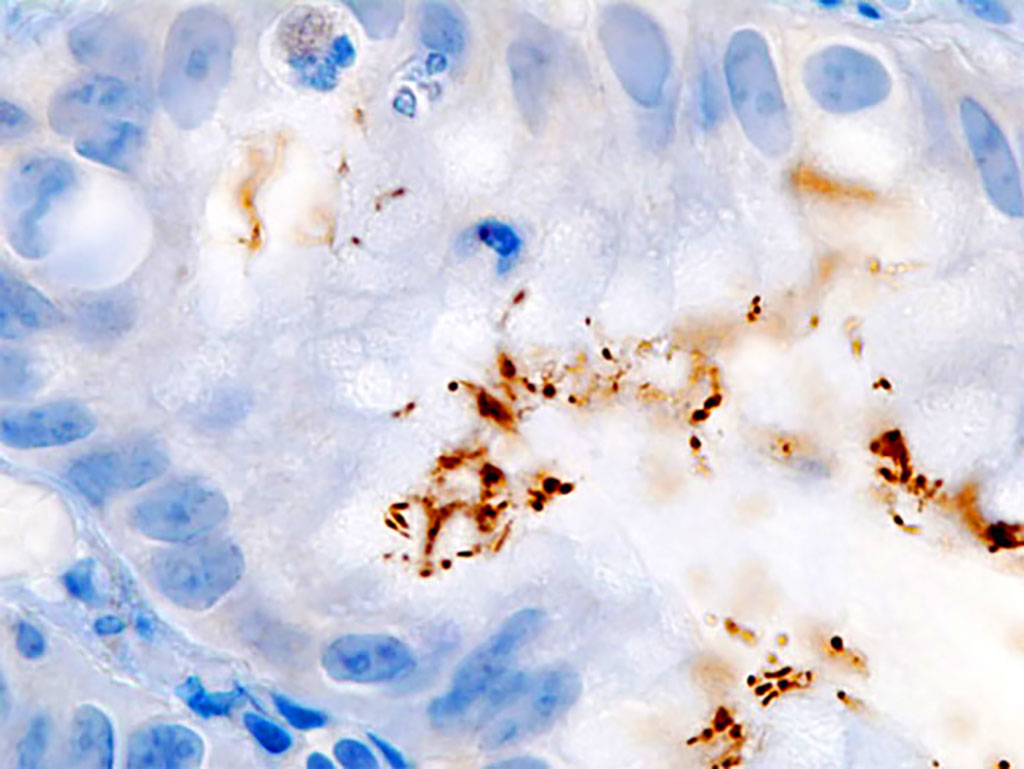 Microbiologists at the Friedrich Alexander University Erlangen-Nuremberg (Erlangen, Germany) and their colleagues investigated how the H. pylori manipulate the host's immune system in order to ensure their long-term survival in the stomach. A chronic inflammation is the most common cause for stomach illnesses. The team has identified a 'molecular switch' which uses a previously unknown mechanism to regulate the inflammation reaction in the stomach.

The interaction between H. pylori and stomach cells activates a syringe-like pilus structure referred to as a type IV secretion system. A protein, CagL, is presented at the surface of this structure which allows the bacterial toxin known as CagA protein to be delivered into the stomach cells. The injected CagA then re-programmes the host cell so that stomach cancer can develop. However, it now appears that CagL also has another important function. The protein is recognized by the immune system via the receptor TLR5. CagL imitates a TLR5 recognition motif in the flagellin protein of other pathogens, thereby controlling the human immune response.

Interestingly, this signaling pathway can be both switched on and switched off by the type IV secretion system, which is not thought to be the case with other bacteria. Presumably, H. pylori has exploited this signalling pathway over thousands of years of evolution to eliminate 'bothersome' bacterial competitors in the stomach. At the same time, CagL influences the congenital and adaptive immune system as well as the inflammation reaction in such a way that H. pylori itself is not recognized and therefore cannot be eliminated, a mechanism which is crucial for long-term infections with H. pylori in the stomach and triggering stomach disease.

The team also observed that TLR5 is no longer produced in healthy stomach cells and once an infection has been resolved. This indicates that the expression of this protein is a new indicator for stomach disease in humans triggered by H. pylori. The study was published on December 16, 2019 in the journal Nature Communications.