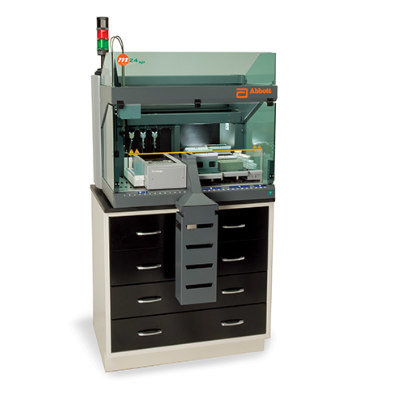 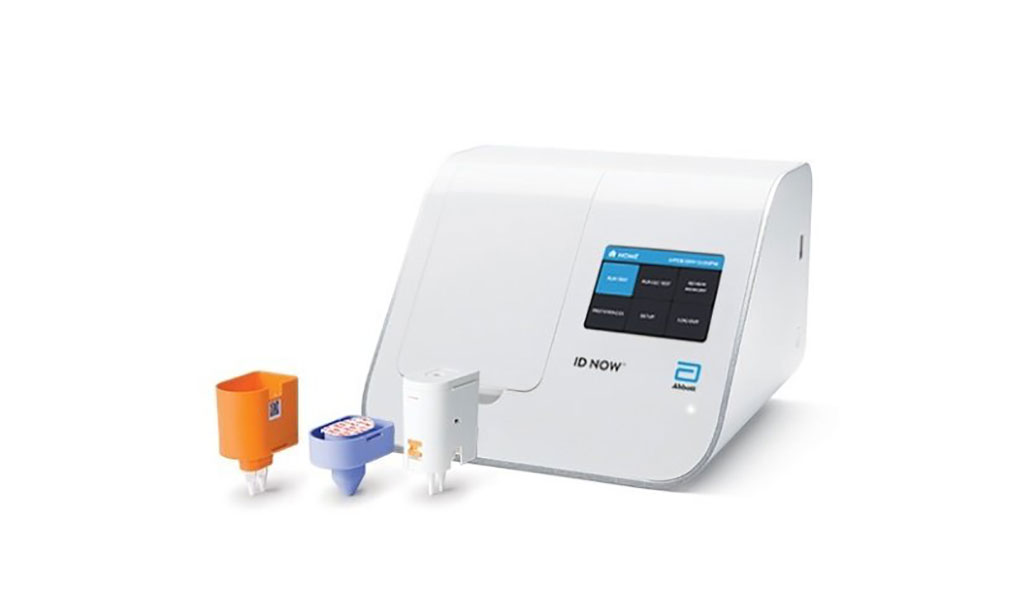 Image: ID NOW (Photo courtesy of Abbott)
Abbott’s (Lake Forest, IL, USA) has shared new interim clinical data results on its ID NOW COVID-19 rapid test that confirm the data submitted to the US Food and Drug Administration (FDA) in March for Emergency Use Authorization (EUA) and the interim results shared in its May 21 press release.

Abbott has completed an interim analysis of its ID NOW post-authorization study. A total of 1,003 people were evaluated across two care environments: urgent care clinics (acute care) and hospitals and nursing homes (in-patient care). In these two care environments, the ID NOW delivered the following agreement to lab-based molecular PCR tests:
In addition to the post-authorization data, Abbott also provided an update to three studies that were covered in its May 21 interim study press release:
These results point to the important role played by reliable point-of-care testing that is available in convenient and accessible locations where people can get immediate results.

"We recognize there is a lot of discussion about testing and ID NOW, and we want to make sure the public has the facts and real-world data," said Robert B. Ford, president and chief executive officer, Abbott. "The facts we're seeing from one of the largest clinical studies of any COVID-19 test, conducted at some of the nation's leading academic centers, show that ID NOW delivers effective, consistent and reliable performance."

"In the beginning of the pandemic, the scientific community had to rely on samples and modeling to predict test performance," said John Hackett, Ph.D., divisional vice president of Applied Research and Technology for Abbott's diagnostics business. "But now we have a significant body of real-world, clinical data that support the critical role ID NOW is playing in identifying infection rapidly in places where people show up for care."

"Tests are taken at a moment in time and they detect the virus once there's enough viral material in a person to be able to detect it," continued Dr. Hackett. "While there's no perfect test, to fight a pandemic, we need a combination of gold standard lab-based PCR and accurate, reliable rapid tests like ID NOW to help reduce risk in society and slow the spread of the virus."