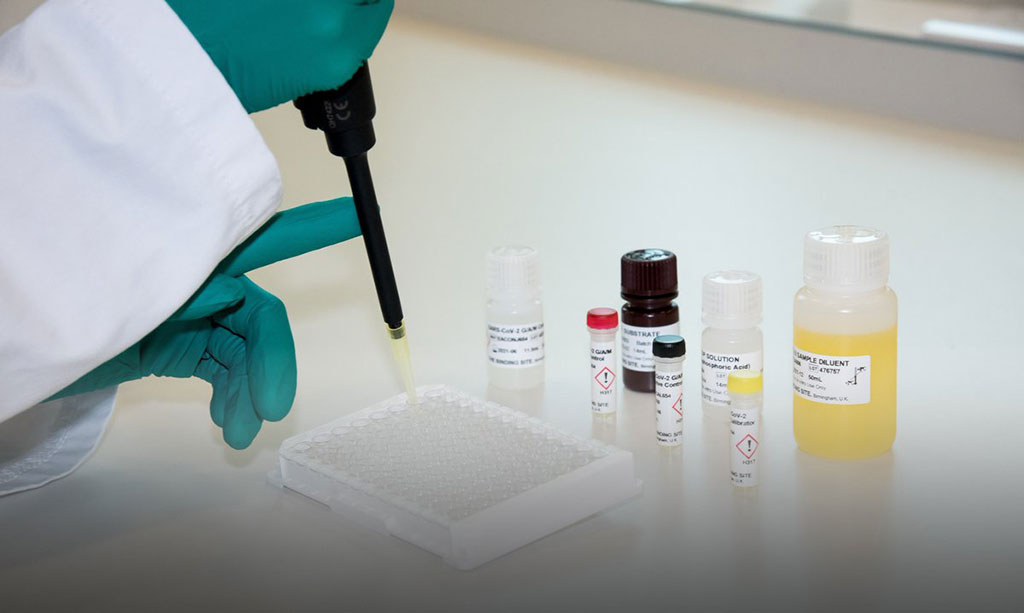 The SARS-CoV-2 Antibody ELISA assay which focuses on mild non-hospitalized patient blood samples has been developed by The Binding Site (Birmingham, UK) and the University of Birmingham’s Clinical Immunology Service (Birmingham, UK) with the initial antigen being provided by the University of Southampton (Southampton, UK). Earlier this year, researchers from the University of Southampton had revealed the fundamental properties of the protein “spike” on the surface of the coronavirus. This has enabled them to produce almost exact copies of the protein which they provided to the Birmingham teams to develop their antibody tests.

The new test specifically detects antibodies (IgG, IgA, and IgM) to the SARS-CoV-2 trimeric spike protein, which is an important protein for the virus infectivity. Targeting IgG, IgA, and IgM the assay will cover all the immunoglobulins which are vital in the body’s fight against this virus. These three antibodies appear at different times after infection. The test was designed to detect all three, to increase detection at the earliest possible stage after exposure to the virus. The test was developed using over 800 blood samples taken from people who had mild to moderate disease. It is already being used in many clinical studies and is expected to be rapidly adopted by surveillance teams seeking to understand the distribution of infection in the population, as well as vaccine researchers who need to assess antibody responses in clinical trials.

“The creation of sensitive antibody tests relies on being able to create accurate mimics of components of the virus. We have been delighted to help setup the Binding Site’s COVID-19 antibody test by manufacturing the SARS-CoV-2 viral spike glycoprotein for the clinical and academic partners at the University of Birmingham,” said Max Crispin, Professor of Glycobiology at the University of Southampton.

“Humans make three types of antibodies – Anti-IgM, IgG and IgA. IgM tends to appear first, and IgG and lgA tend to appear later. By combining all three The Binding Site test is able to detect COVID-19 infection in people who have only recently been exposed, or who have mild symptoms,” said Professor Adam Cunningham, Professor of Functional Immunity at the University of Birmingham.

“We set out to develop a test with the University of Birmingham that would detect COVID-19 early, and validated the test in a non-hospitalized population that had mild symptoms - which is the largest target population for COVID-19 testing - and we designed the testing kit so it can be used by any laboratory in the world,” added Dr. Stephen Harding, Chief Scientific Officer at The Binding Site.