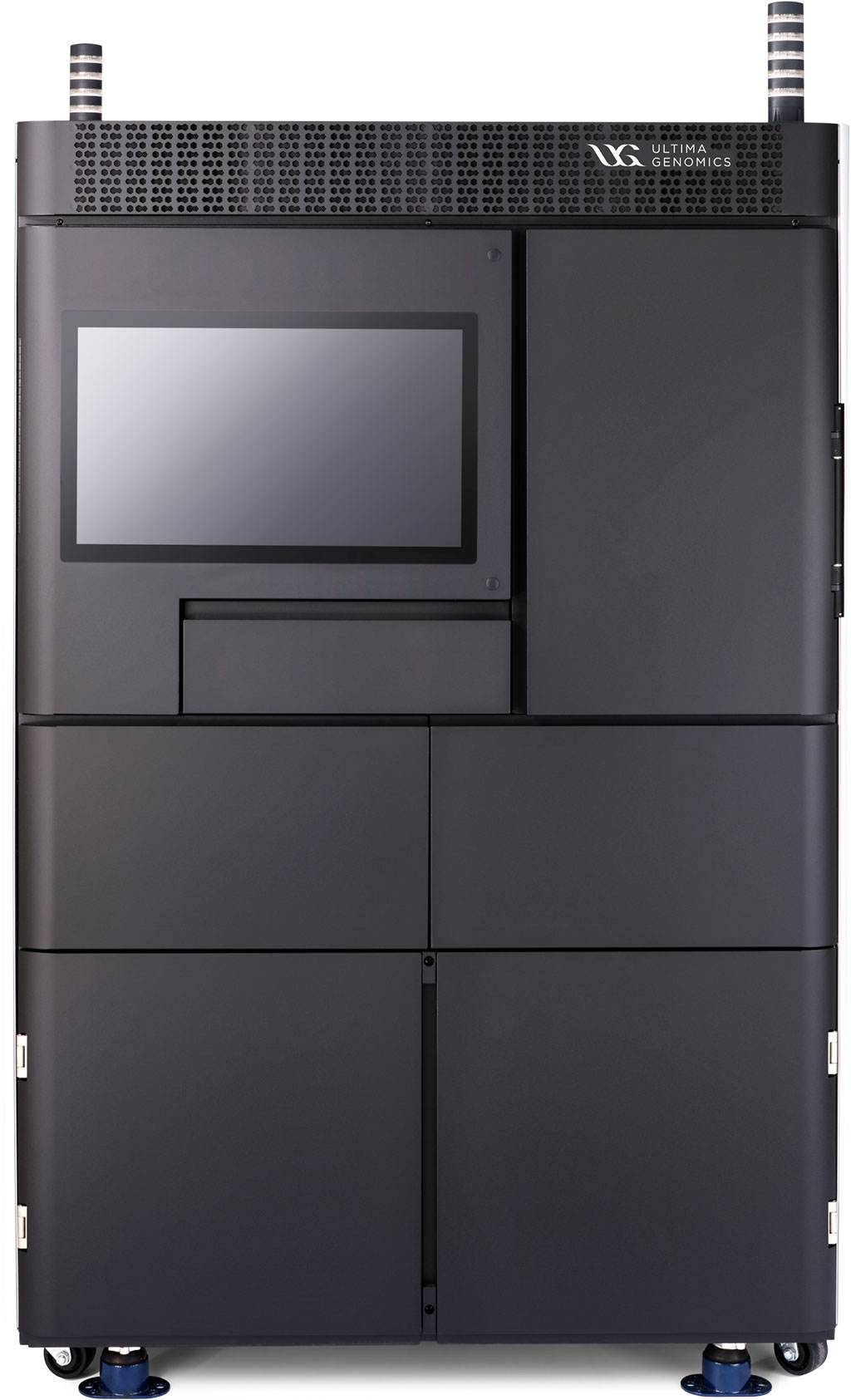 Single-cell RNA sequencing (scRNA-seq) enables the study and characterization of cellular states and pathways at ever-growing investigational scales, including the Human Cell Atlas, cell atlases for tumors and other diseases, and large-scale Perturb-Seq screens of millions of cells under genetic or drug perturbations.

Mostly natural sequencing-by-synthesis (mnSBS) is a new sequencing chemistry that relies on a low fraction of labeled nucleotides, combining the efficiency of non-terminating chemistry with the throughput and scalability of optical endpoint scanning within an open fluidics system to enable high-throughput sequencing.

Genomic Scientists at the Broad Institute (Cambridge, MA, USA) and their colleagues devised a library preparation method to run single-cell libraries generated with 10x Genomics' Chromium platform (Pleasanton, CA , USA) on the Ultima Genomics UG100 instrument (Newark, CA, USA), which produces single-end, rather than paired-end, reads. The method uses a PCR-based kit to convert the 10x libraries, which are designed to run on Illumina sequencers (Illumina, San Diego, CA, USA), for use with the Ultima sequencer.

The scientists demonstrated successful application in four scRNA-seq case studies of different technical and biological types, including 5′ and 3′ scRNA-seq, human peripheral blood mononuclear cells (PBMC) from a single individual and in multiplex, as well as Perturb-Seq. Benchmarking shows that results from mnSBS-based scRNA-seq are very similar to those using Illumina sequencing, with minor differences in results related to the position of reads relative to annotated gene boundaries, owing to single-end reads of Ultima being closer to gene ends than reads from Illumina.

Of the 166 genes with differences in expression for 3′ PBMC between the two sequencing platforms, most (130 genes, 78.3%) differed in the fraction of reads that were assigned by Cell Ranger to the gene out of all the reads mapped to that gene region. This suggests that this is related to how single- and paired-end reads map to different locations relative to the transcript. Ultima reads map closer to the 5′ and 3' end than do Illumina reads. Because Cell Ranger excludes reads that do not fully map within annotated gene boundaries, more Ultima reads are excluded from analysis as they are closer to gene ends. This difference in location can also lead to more multimapping or ambiguous reads.

Gilad Almogy, PhD, Ultima CEO and Cofounder, said, “The UG100 is a generic sequencing platform and is capable of accommodating most existing sequencing libraries, including libraries prepared for other platforms via a simple conversion process. Specifically, we've successfully tested sequencing of 10x single cell ATAC-seq and CITE-seq libraries, as well as other single-cell labeling approaches.”

Joshua Levin, PhD, a senior author of the study, said , “Given that it would be a lower cost, other issues would not be a problem that would prevent you from using Ultima, and that for some applications, such as T- and B-cell receptor sequencing, 5' approaches are required. Ultima has claimed it can deliver NGS of equivalent accuracy to Illumina at approximately USD 1 per Gb, compared to approximately USD 6 to USD 7 per Gb, list price, for Illumina's highest throughput NovaSeq instrument. You can change the scale of your screen.”

The authors concluded that the method was compatible with state-of-the-art scRNA-seq libraries independent of the sequencing technology. They expect mnSBS to be of particular utility for cost-effective large-scale scRNA-seq projects. The study was published on September 15, 2022 in the journal Nature Biotechnology.