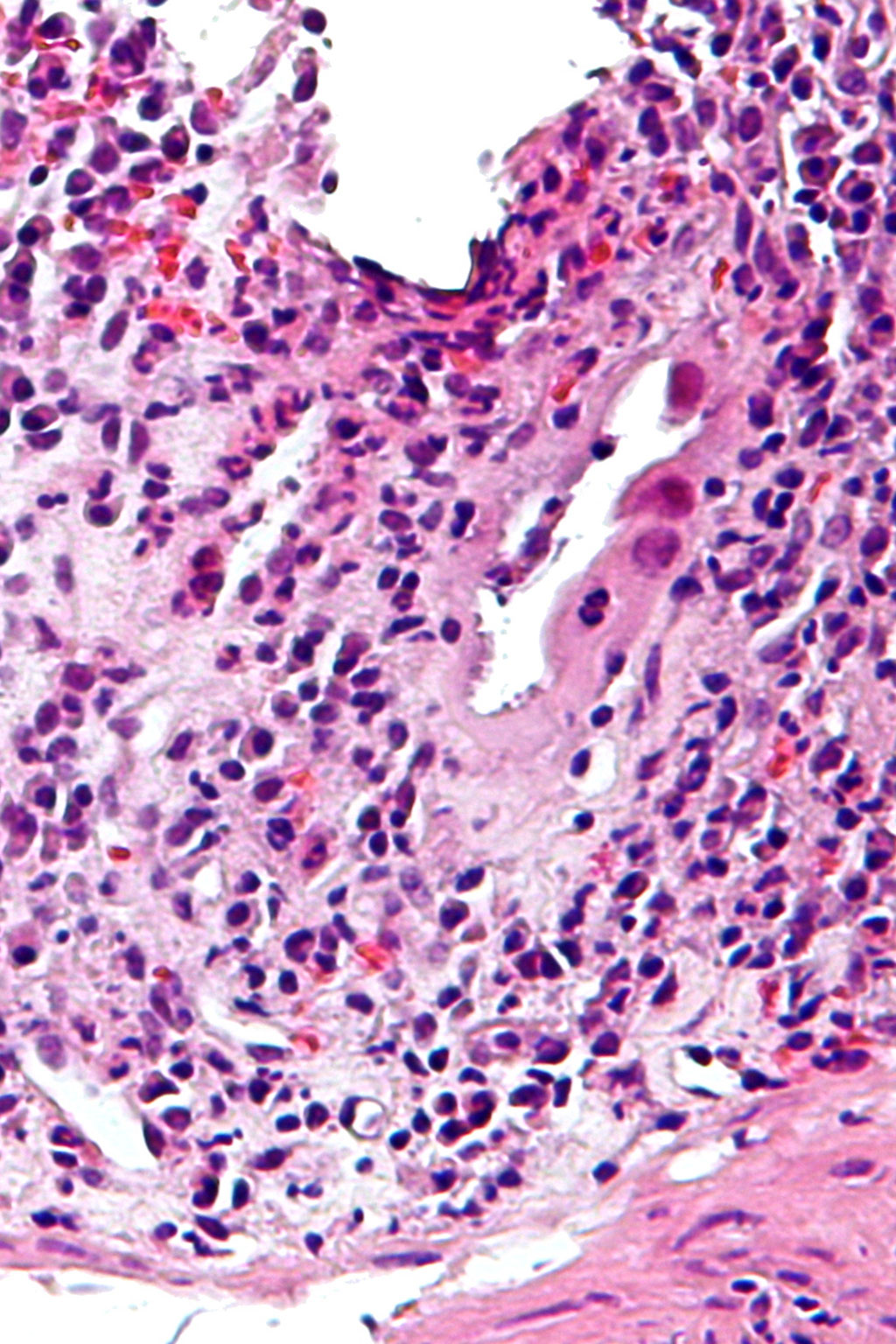 Cytomegalovirus (CMV) immunohistochemistry (IHC) is the most widely used method to diagnose CMV infection/reactivation in tissues in a pathology laboratory.

Cytomegalovirus (CMV), an encapsulated double-stranded DNA β-herpesvirus, often causes asymptomatic or mild mononucleosis-like primary infection followed by latent infection or chronic infection. About 40% to 100% of the world's adult population is seropositive for CMV.

Gastrointestinal (GI) CMV disease can manifest during primary infection or reactivation of latent virus. Reactivation of CMV is frequently seen in adults, especially in patients with immunocompromised conditions such as human immunodeficiency virus (HIV) infection, recipients of solid organ and stem cell transplant, and those with disease treated by immunosuppressive medications.

A team of pathologists at the New York University Langone Health (New York, NY, USA) included in a study total of 1,479 mucosal biopsies from the GI system. Their aim was to improve the efficiency of CMV immunohistochemistry (IHC) testing by evaluating immunopositive staining trends of tissue-invasive CMV in the gastrointestinal system. Immunohistochemistry was performed with specific antibodies against CMV (DAKO, Santa Clara, CA, USA).

The investigators reported that the overall positivity rate of CMV IHC was 4.73% (70/1,479). The positivity rate from physician-requested and pathologist-initiated tests was significantly different (7.54% versus 3.83%). Cases with severe inflammation showed a higher positive CMV rate than those with mild inflammation (5.37% versus 2.6%). Cytomegalovirus positivity in biopsies from post-transplant patients, inflammatory bowel disease, human immunodeficiency virus (HIV)/common variable immunodeficiency (CVID), cancer, and others was 19.69%, 3.84%, 23.33%, 9.0%, and 2.84%, respectively.

The positivity rate among post-transplant, HIV/CVID, or cancer patients was significantly higher than in other populations. Cases tested with multiple tissue blocks generated a higher positivity rate than those with a single block (7.77% versus 3.23%). Testing three to four blocks per case almost tripled the positive CMV detection rate (9.04%). Interestingly, using five or more blocks did not further ameliorate the positive CMV detection rate.