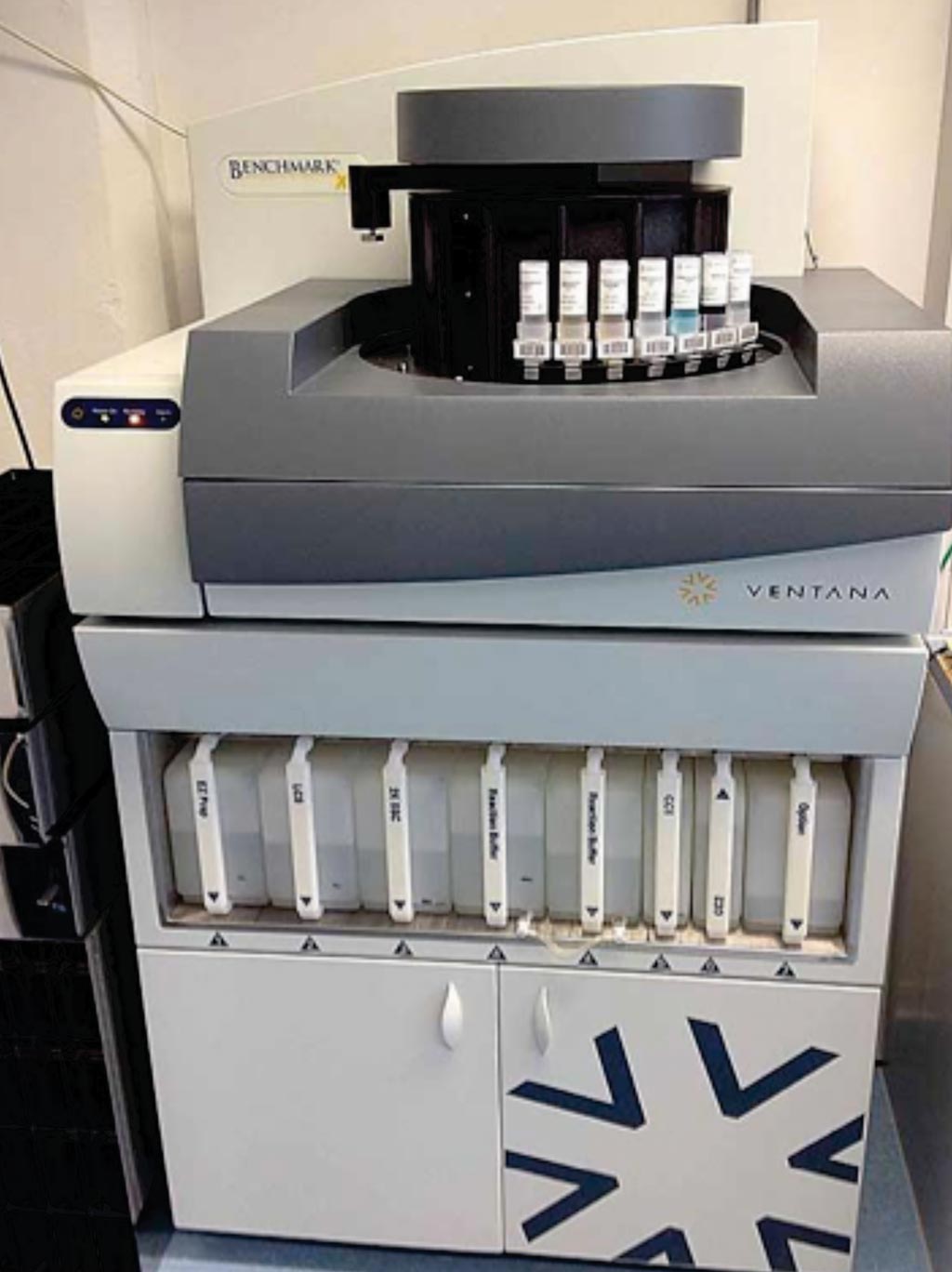 Image: The Benchmark XT System, a fully automated staining system (Photo courtesy of Ventana Medical Systems).
Acinic cell carcinoma is the third most common malignant form of salivary gland cancer. These tumors are similar to normal salivary gland tissue and occur most frequently in the parotid gland. Until now, the molecular causes for the illness were unknown.

A large team of scientists led by those at the University of Erlangen-Nuremberg (Erlangen, Germany) and their colleagues enrolled 10 patients with diagnosis of AciCC of the salivary glands in the initial study cohort, and their tumor material underwent extensive comprehensive genetic and epigenetic profiling. After formalin-fixation and paraffin-embedding of tumor material, a tissue microarray was conducted with two 2 mm cores per tumor using the TMA Grandmaster automated tissue microarrayer.

The team used genome sequencing on tumor tissue, and identified a translocation of genetic material between chromosomes 4 and 9, which was present in all acinic cell carcinomas examined. Typically, such translocations in tumors lead to a new combination of genes, which then acquire new oncogenic properties. In the case of acinic cell carcinomas, the translocation that has been discovered causes regulatory elements of DNA to be transferred from an active chromosome region to a normally inactive oncogene.

When the chromosomes are rearranged, these highly active regulatory elements come into the vicinity of Nuclear Receptor Subfamily 4 Group A Member 3 (NR4A3) gene, which is usually switched off once embryonic development has been completed. The activation signals of the regulatory elements in the acinic cell carcinoma cause the gene to be switched on again. NR4A3 acts as a transcriptional factor to regulate the activity of a number of other genes, which then trigger cell division and growth, leading ultimately to the tumor starting to grow. The study was published on January 21, 2019, in the journal Nature Communications.