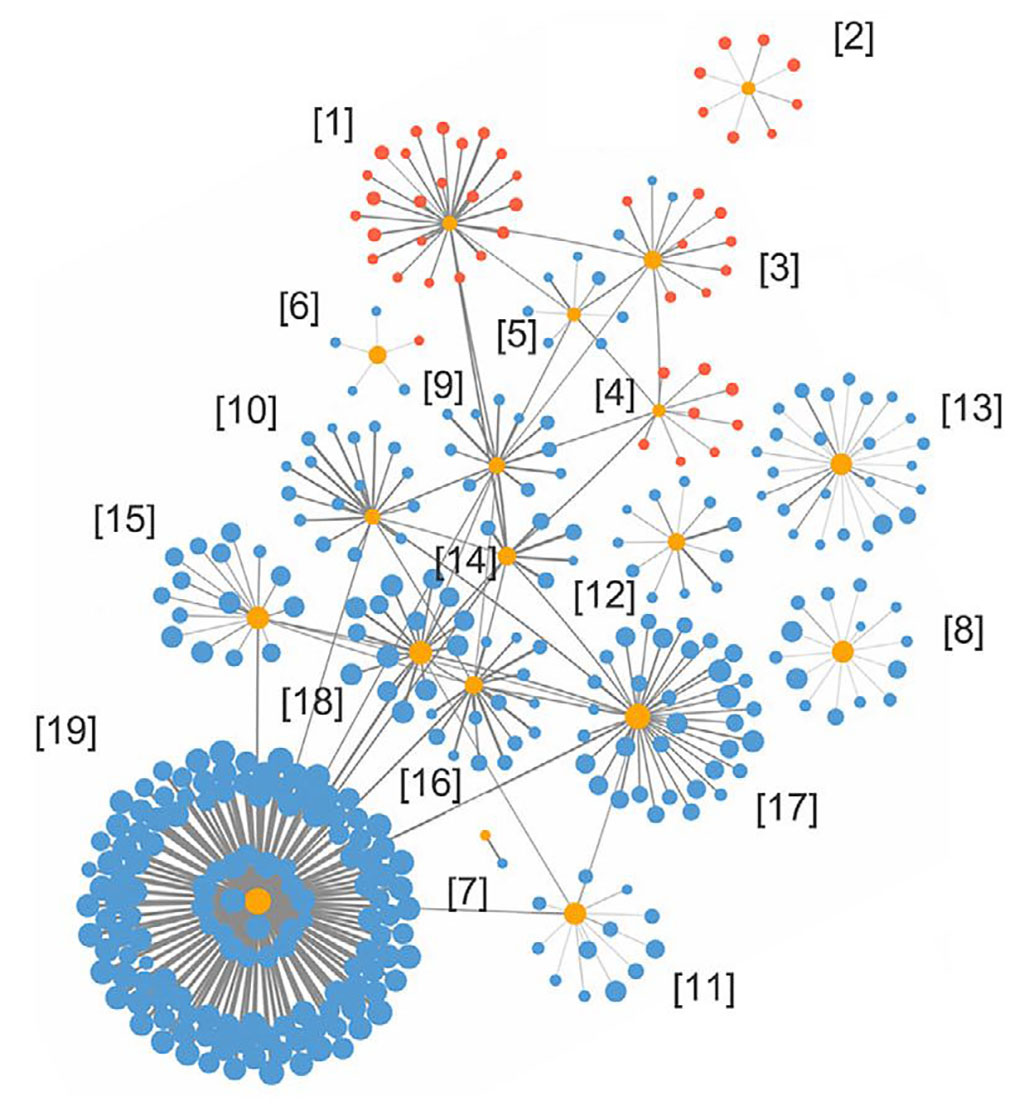 Image: The proximity extension assay identified 19 plasma hub proteins (indicated as yellow dots in the figure) in AD patients, which were irregular compared to healthy people (Photo courtesy of Hong Kong University of Science and Technology)
A 19-protein biomarker panel distinguished Alzheimer’s disease (AD) patients from healthy individuals with greater than 96% accuracy and differentiated among the early, intermediate, and late stages of AD while monitoring the progression of the disease.

To capitalize on results obtained by studies showing the potential of blood proteins as candidate biomarkers for AD, investigators at Hong Kong University of Science and Technology (China) and their colleagues at University College London (United Kingdom) systematically profiled the plasma proteome to identify novel AD blood biomarkers and develop a high-performance, blood-based test for AD.

To do this, they used a proximity extension assay technique to quantify 1160 plasma proteins in samples obtained from a Hong Kong Chinese cohort. Proximity extension assay (PEA) is a direct one-step protein quantification method using a pair of DNA oligonucleotides linked to antibodies against the target molecule. It requires polyclonal or two monoclonal antibodies that bind to target epitopes close enough to form a DNA duplex which is quantified by real-time PCR.

The results of the PEA analysis identified 429 proteins that were dysregulated in the plasma of AD patients. The investigators selected 19 "hub proteins" representative of the AD plasma protein profile, which were used to form the basis of a scoring system that accurately classified clinical AD (as characterized by the presence of amyloid, tau, phosphorylated tau, and neurodegeneration).

In addition to distinguishing AD patients from healthy individuals with more than 96% accuracy, the system could also differentiate among the early, intermediate, and late stages of AD and be used to monitor the progression of the disease over time.

"With the advancement of ultrasensitive blood-based protein detection technology, we have developed a simple, noninvasive, and accurate diagnostic solution for AD, which will greatly facilitate population-scale screening and staging of the disease," said senior author Dr. Nancy Ip, professor of life science at Hong Kong University of Science and Technology.