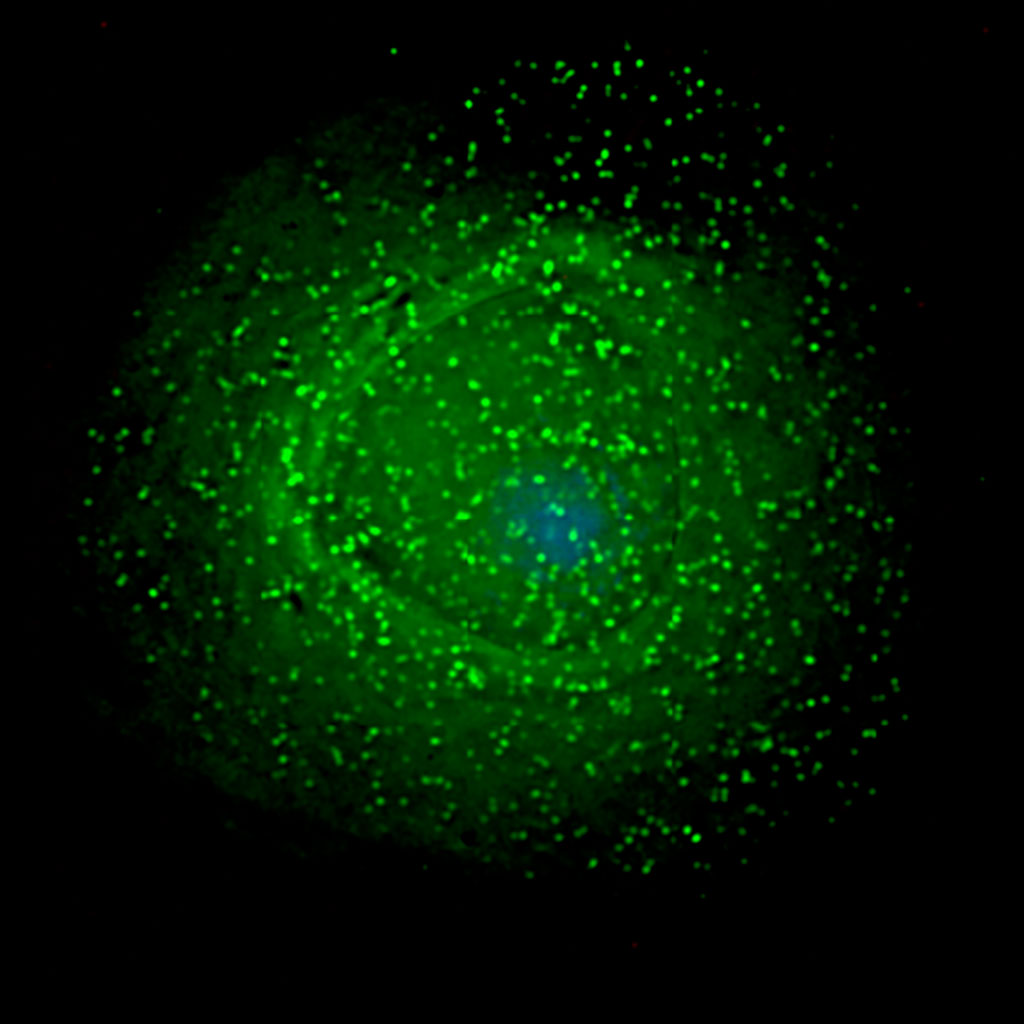 Image: HIV assembling on the surface of an infected macrophage. The HIV virions have been marked with a green fluorescent tag and then viewed under a fluorescent microscope (Photo courtesy of Wikimedia Commons)
A modified version of the PCR test can determine the quantity and quality of inactive human immunodeficiency virus (HIV) in the genes of individuals suffering from chronic HIV.

While HIV is not curable, antiretroviral therapy drugs (ARTs) effectively suppress the HIV virus to undetectable levels. Nonetheless, a latent HIV reservoir persists due to HIV's integration into the host DNA, specifically in the chromosomes of T lymphocytes and macrophages. Quantifying this replication-competent HIV reservoir is essential for evaluating prognostic and curative strategies.

To correct for the over and under estimation of the latent HIV reservoir, investigators at the University of Washington (Seattle, USA) designed two triplex droplet digital PCR (ddPCR) assays, each with two unique targets and one in common, and normalized the results to PCR-based T-cell counts.

The classical PCR test carries out one reaction per single sample. The digital PCR (dPCR) method also carries out a single reaction within a sample, however the sample is separated into a large number of partitions and the reaction is carried out in each partition individually. This separation allows a more reliable collection and sensitive measurement of nucleic acid amounts. The dPCR method has been demonstrated as useful for studying variations in gene sequences - such as copy number variants and point mutations - and it is routinely used for clonal amplification of samples for next-generation sequencing.

Droplet digital PCR (ddPCR) is a variation of dPCR in which a 20 microliter sample reaction including assay primers and either Taqman probes or an intercalating dye, is divided into about 20,000 nanoliter-sized oil droplets through a water-oil emulsion technique, thermocycled to endpoint in a 96-well PCR plate, and fluorescence amplitude read for all droplets in each sample well in a droplet flow cytometer.

A ddPCR assay protocol reported in 2019 probed two regions of the HIV-1 genome within each droplet. For the current study, the investigators used two three-region (triplex) ddPCR assays to develop a five-region test (one overlapping region allowed inter-assay quality control). They referred to triple-positive ddPCR droplets as “potentially intact.” By combining the two parallel triplex assays, they could confidently quantify truly intact HIV-1 viral genomes. As a further enhancement, they adapted a multiplexed ddPCR assay specifically quantifying T-cells to accurately normalize to the number of HIV target cells interrogated. This additional step was especially useful for tissue biopsies, because, in contrast to blood, cell populations in tissues were difficult to isolate and purify.

Results obtained during this study revealed that both HIV ddPCR assays were specific, sensitive, and reproducible. Together, they estimated the number of proviruses containing all five primer-probe regions. The five-target results were on average 12.1-fold higher than and correlated with paired quantitative VOA but estimated a markedly smaller reservoir than previous DNA assays.

"Our laboratory test is a simpler way to quantify the reservoir of intact viruses," said senior author Dr. Florian Hladik, research professor of obstetrics and gynecology at the University of Washington. "I can see a patient going to a doctor and adding this to the list of questions they might ask. Now they ask about their viral load and T-cell count. I hope in the future they may be able to ask how large their HIV reservoir might be. What gets me excited is that one day, this number may tell them how long it will take to entirely eliminate HIV from their body."

The study was published in the April 12, 2021, online edition of the journal Cell Reports Medicine.