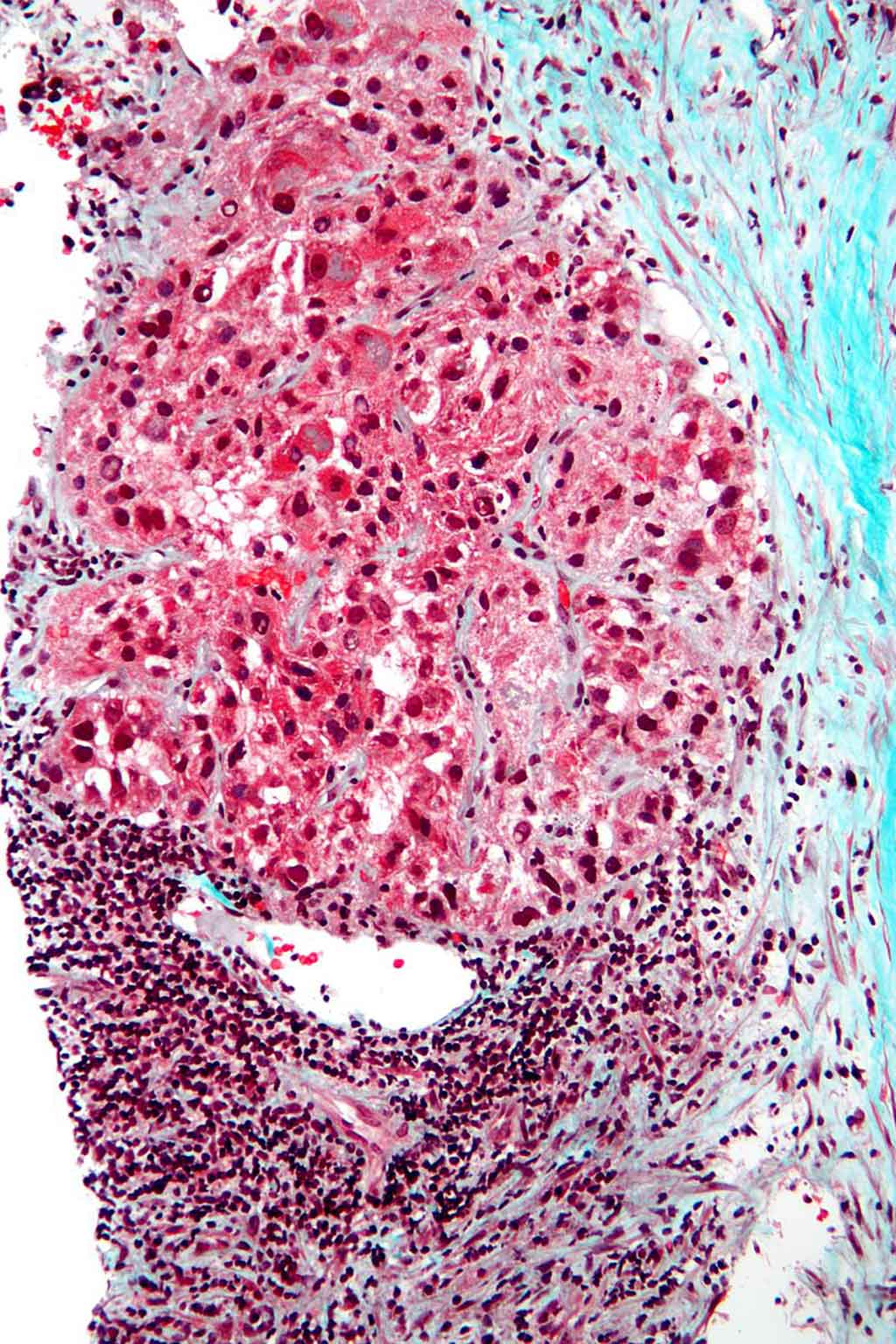 HCC often occurs in people with cirrhosis of the liver. Therefore, risk factors generally include causes of chronic liver disease, which may lead to cirrhosis. While heavy alcohol consumption is estimated to cause 60-70% of cirrhosis, the vast majority of HCC occurs in patients with cirrhosis attributed to viral hepatitis (estimated cause of 80% of cases globally) with chronic hepatitis B being responsible for about 50% of cases and chronic hepatitis C being responsible for about 25% of cases.

While screening could lead to earlier detection, most patients with HCC are diagnosed only when the cancer is advanced and often incurable. In this light, investigators at the [U.S.] National Cancer Institute (Bethesda, MD, USA) sought to develop a simplified screening method for early detection of HCC.

The investigators performed serological profiling of the viral infection history of 899 individuals from a case-control study using a synthetic human virome, VirScan. To perform the VirScan analysis, peptide-displaying bacteriophages were incubated with a single drop of human blood. Antiviral antibodies in the blood bound to their target epitopes on the bacteriophages. Antibody bound bacteriophages were captured. DNA sequencing of these bacteriophages indicated which viral peptides were bound to antibodies. In this way, an individual’s complete viral serological history, including both vaccination and infection, could be determined.

Employing the VirScan method, the investigators developed a viral exposure signature, which they validated in a longitudinal cohort of 173 at-risk patients. The viral exposure signature, which contained molecular footprints from 61 different viruses, significantly associated with HCC status among at-risk individuals in the validation cohort (area under the curve: 0.91 at baseline and 0.98 at diagnosis). The signature identified cancer patients prior to a clinical diagnosis and was superior to alpha-fetoprotein determination (AUC=0.91 vs. 0.62).

"We need a better way to identify people who have the highest risk for HCC and who should get screened more frequently," said senior author Dr. Xin Wei Wang, co-leader of the liver cancer program at the National Cancer Institute. "Better early detection and surveillance approaches are particularly important because rates of HCC are rising in the United States. Together with existing screening tests, the new test could play an important role in screening people who are at risk for developing HCC. It could help doctors find and treat HCC early. The method is relatively simple and inexpensive, and it only requires a small blood sample."

The viral exposure screening test was described in the June 10, 2020, online edition of the journal Cell.