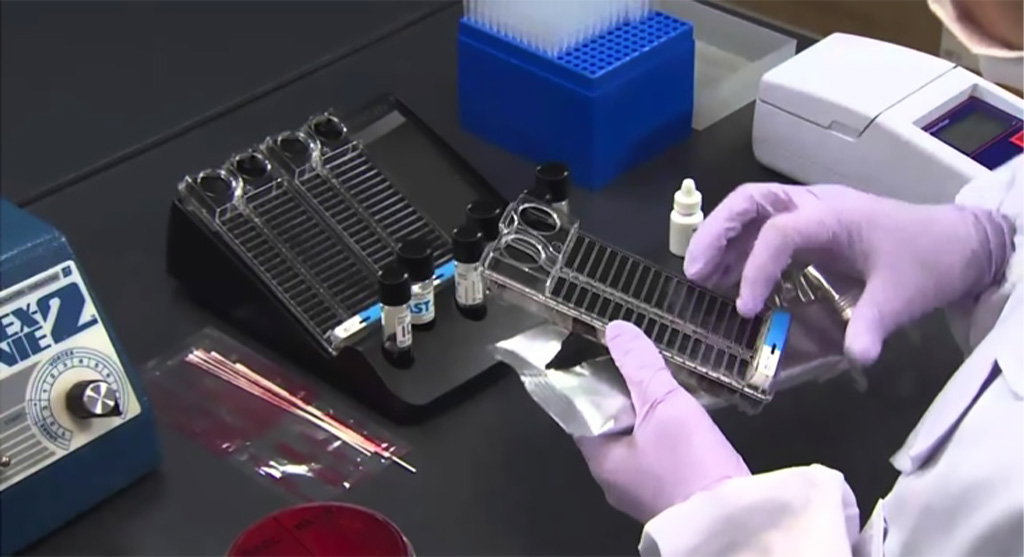 Image: The BD Phoenix CPO detect test will allow hospitals to identify infections caused by carbapenemase-producing organisms (CPOs) (Photo courtesy of Becton-Dickinson).
The use of nucleic acid amplification tests (NAAT) to identify rapidly Carbapenemase-Producing Organisms (CPO) from samples such as positive blood culture and stools is an alternative approach to establish rapidly an optimal empirical antibiotic therapy or for infectious control management.

Most carbapenemase NAAT panels detect the most frequent gene variants encoding for carbapenemases including KPC, NDM, OXA-48, VIM and IMP. However, these tests cannot exclude the presence of a gene encoding another carbapenemase type and are relatively expensive, hence preventing their use to screen systematically some specimen types or bacterial isolates with CPO suspicion, especially in low to very low prevalence countries.

Medical microbiologists at the Lausanne University Hospital (Lausanne, Switzerland) tested the performance of the Phoenix CPO Detect Test (Becton-Dickinson, Franklin Lakes, NJ, USA) on a collection of 92 molecularly-characterized CPO and 93 non-CPO. The collection included 27 non-fermentative bacteria and 158 Enterobacterales. In addition, 295 clinical isolates, including 135 isolates with suspected carbapenemase, were prospectively, but not consecutively isolated from various de-identified clinical specimens during a 10 months period ranging from January to October 2018.

In a retrospective study the scientists reported the Phoenix CPO test exhibited 92.4% accuracy, 97.8% sensitivity 87.1% specificity for carbapenemase detection. The Phoenix CPO test provided a classification to class A, B, and D for 81.3% of detected carbapenemases with 94.6% accuracy. In a prospective study, the CPO test detection performance showed 77.8% accuracy, 100% sensitivity and 67.8% specificity on 135 CPO suspicious isolates and 98.8% accuracy and specificity on 160 non-CPO suspicious isolates. Compared to routine testing, the implementation of the CPO test allowed a mean reduction of 21.3 hours in turnaround time (TAT), 16.8 minutes) in hands-on time (HOT), and CHF 20.6 in costs.

The authors concluded that the Phoenix CPO Detect test likely represents a new diagnostic tool with added value for the detection and management of CPO infection and colonization. The CPO test is reliable for the detection of CPO with a high sensitivity but the relatively low specificity requires the use of additional confirmatory methods. The carbapenemase classification accuracy is robust to provide preliminary results before molecular characterization. The study was published on October 18, 2019 in the journal Clinical Microbiology and Infection.