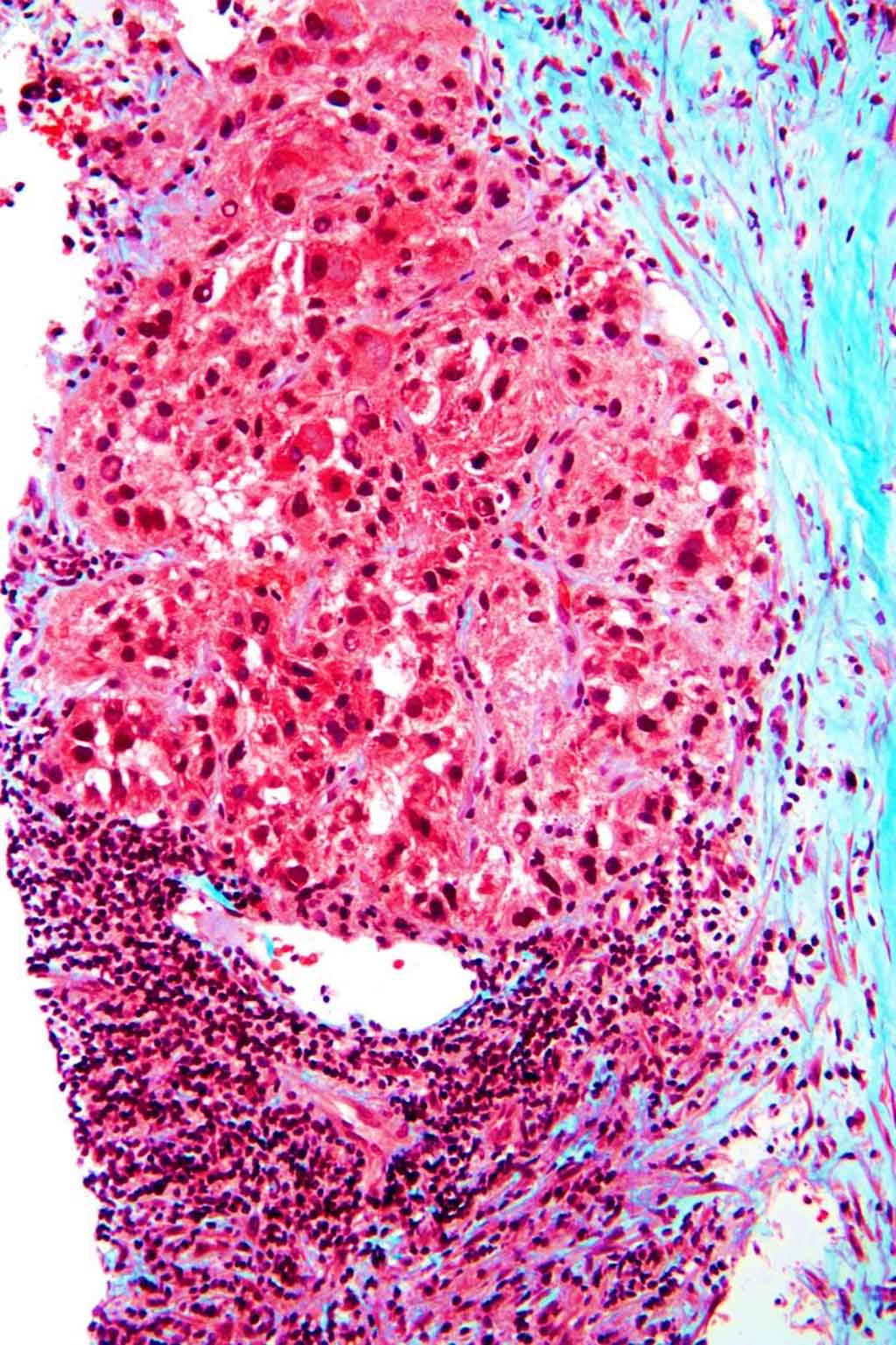 Image: Photomicrograph of histopathology of hepatocellular carcinoma, the most common form of primary liver cancer, showing end-stage cirrhosis - blue collagen (fibrosis) Mallory bodies; loss of normal liver architecture; and nuclear atypia. (Photo courtesy of Nephron).
Hepatocellular carcinoma (HCC) is an inflammation-related cancer, where non-resolving inflammation contributes to its development and progression. Peripheral inflammatory cells have been shown to be associated with the prognosis of various types of cancer.

Immune cells conduct their functions in the tumor microenvironment, and in the peripheral blood to promote metastasis The quantification of peripheral blood inflammatory cells such as neutrophils, lymphocytes, monocytes, and platelets, as well as their ratios, have been identified and validated as novel biomarkers with prognostic significance in several cancers.

All pretreatment routine blood cell examinations that were performed within two weeks before treatment were used for the analysis. Overall survival (OS) was calculated from the date of HCC diagnosis to the date of death or last follow-up. OS was compared for between patients with high and low neutrophils, lymphocytes, and monocytes (dichotomized by median values).

The authors concluded that pretreatment peripheral neutrophils, lymphocytes, and monocytes are independently associated with outcomes of patients with HCC. These cells provide a noninvasive, low-cost, easy, and reproducible biomarker that can be used in routine clinical practice to predict the prognosis of patients with HCC. The study was published on September 29, 2020 in the journal BMC Cancer.