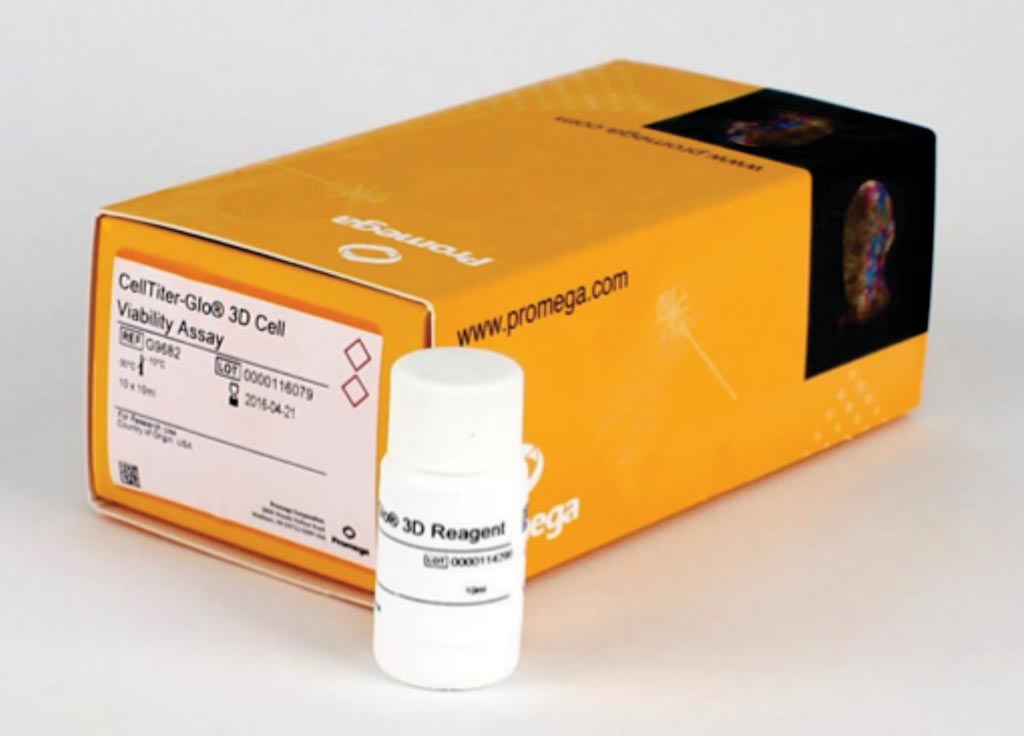 Leukemia stem cells (LSC), the progenitors for the immature cancerous blood cells, propagate AML, and also play a role in the cancer returning after treatment. Cancer scientists are interested in how genes are expressed in this cell population, because this data may hold clues to resistance to standard therapies and answers to why some patients relapse.

A multidisciplinary team of scientists at the University of Washington Health Sciences (Seattle, WA, USA) and their colleagues obtained samples from patients with AML. LSCs were isolated by fluorescence-activated cell sorting (FACS) and the blast population enriched to more than 90% using immunomagnetic beads from blood samples from five patients with AML. A sixth AML patient sample was used for NOD/SCID IL2R γc−/− engraftment, in order to compare characteristics of pre- and post-engraftment subclones.

The CLIA approved custom assay includes 153 drugs and targeted agents, both FDA approved and investigational, with additional drug combinations. High throughput screens (HTS) were conducted with enriched cells adherent to matrix protein in 384 well plates with eight concentrations of each drug spanning four logs. Viability was assessed with CellTiter-Glo. HTS were performed on LSCs, blasts and pre- as well as post-engraftment AML subclones from the xenograft. Dose-response curves were generated to calibrate drug resistance patterns. Mutation analysis by NGS for a panel of 194 recurrently mutated genes in AML including 37 translocations was also conducted for the LSC and blast populations.

The team reported that AML blasts and LSCs exhibited divergent drug susceptibility patterns. Of 11 drugs commonly used in AML, eight were typical chemotherapy drugs. Five of these compounds were effective against blasts, but none were effective against LSCs, suggesting a possible mechanism for post-treatment relapse or primary refractoriness. LSCs were also resistant to mitomycin-C, an agent that induces DNA interstrand crosslinks and DNA breaks, in contrast to blasts that were variably sensitive. Of note, they identified 12 drugs from eight classes defined by mechanism of action that may target LSCs, in some cases preferentially, when compared with blasts.

The authors concluded that the distinct drug susceptibility patterns of patient-specific LSC and blast populations highlight the potential of an individualized approach to treat AML. LSCs are resistant to S-phase agents used in standard-of-care chemotherapy. Genetically distinct minority resistant LSC subclones present at diagnosis may grow rapidly under some conditions, and contribute to drug resistance and relapse. Incorporating the results of functional drug screening focused on LSC subclones may allow more individualized treatment of AML patients and identify patient-specific therapies that lead to improved outcomes. The study was presented at the 60th Annual Meeting of the American Society of Hematology held December 1-4, 2018, in San Diego, CA, USA.