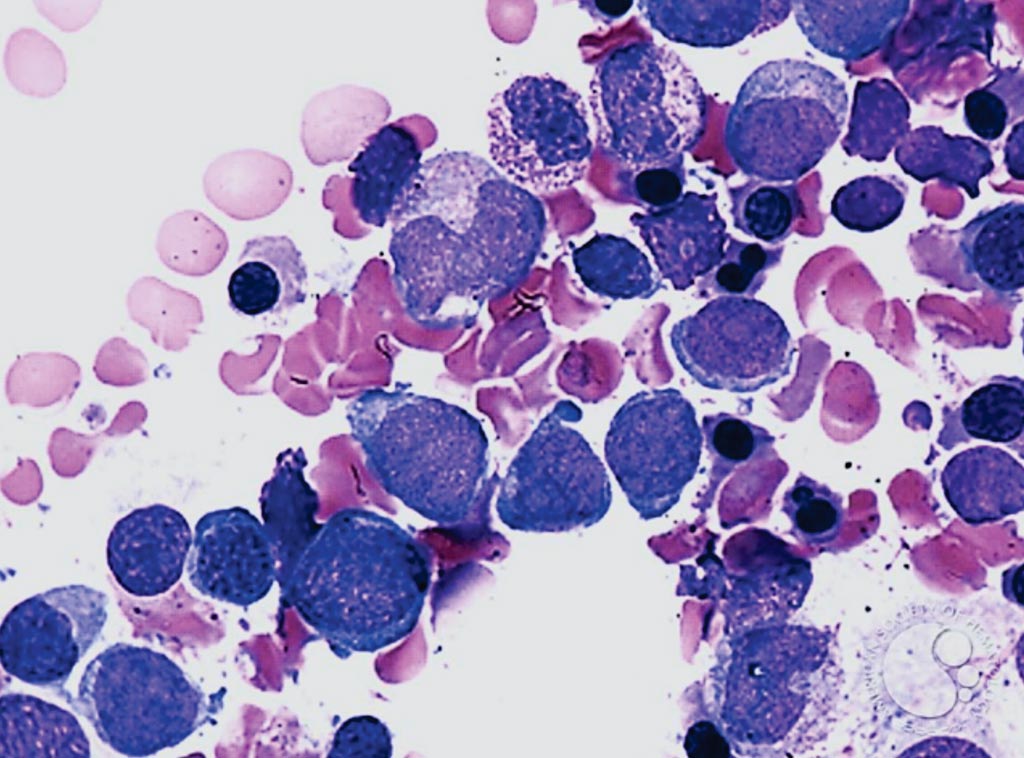 Image: A bone marrow smear of a patient with Acute Myeloid Leukemia; dysplastic changes are noted in both the granulocytic and erythroid lineages (Photo courtesy of Peter Maslak).
Adult acute myeloid leukemia (AML) is a type of cancer in which the bone marrow makes abnormal myeloblasts (a type of white blood cell), red blood cells, or platelets. AML is a heterogeneous disease caused by a variety of alterations in transcription factors, epigenetic regulators and signaling molecules.

Through an integrated analysis of purified leukemic blast cells, scientists have analyzed transcriptional networks in dozens of AML cases, along with the cis-regulatory element alterations coinciding with them. The findings highlighted ties between transcriptomic and epigenomic features that correspond to specific transcription factor, signaling molecule, or nuclear protein gene mutations in AML.

Constanze Bonifer, PhD, a professor and co-senior author of the study, said, “Crucially, AML cells from patients with the same types of mutations always take the same route when they head off in the wrong direction. Our analyses of each of the pathways that the cells took when developing into cancer identified key points in the cell that could be used in the future to target and develop new drugs to treat each type of AML in a different way.” The study was published on November 12, 2018, in the journal Nature Genetics.