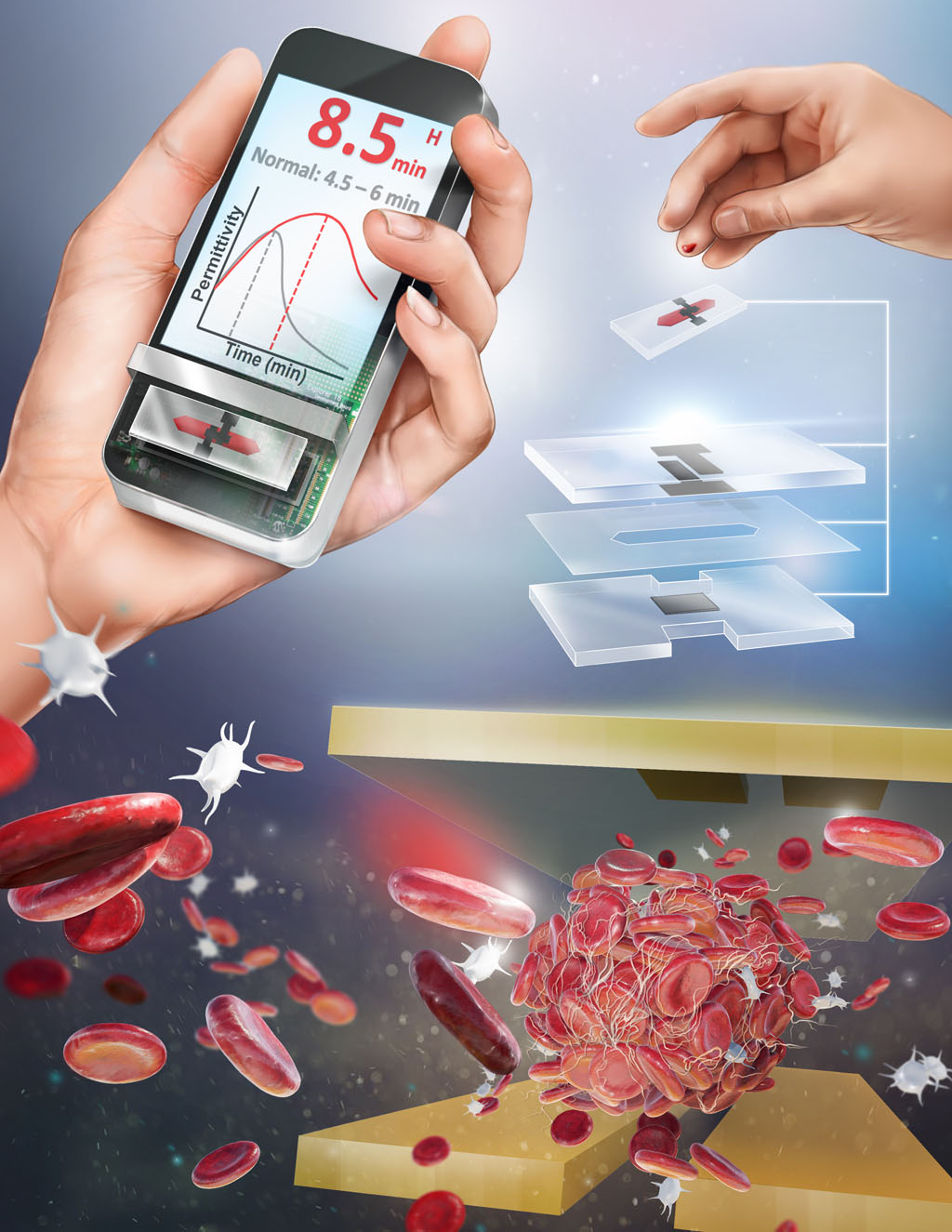 The new device, “ClotChip,” was developed by researchers at Case Western Reserve University (CWRU; Cleveland, OH, USA) to provide rapid and accurate assessments essential for providing appropriate care for patients with blood clotting problems. XaTek, a new Cleveland-based company, has licensed the technology for ClotChip with a goal of bringing it to market within three years.

“ClotChip is designed to minimize the time and effort for blood-sample preparation. [It can] be used at the doctor’s office or other points-of-care for patients on anticoagulation therapy, antiplatelet therapy, or who have suffered a traumatic injury causing bleeding,” said Pedram Mohseni, professor of electrical engineering and computer science (EECS) at CWRU, who led the development of ClotChip with Michael Suster, an EECS senior research associate.

Existing measures typically require patients to visit laboratories where expert technicians administer tests, an approach that typically is time-consuming and expensive. While a few methods exist to allow on-site testing, to date they have not been nearly as precise as laboratory-based methods.

In preliminary tests ClotChip provided results in 15 minutes, as compared to current measures that can take a day or even longer. It also provided more information about the coagulation process, including effects of a relatively new class of drugs – target-specific oral anticoagulants (TSOACs).

TSOACs block clots from forming in a different way than warfarin (e.g. brand name Coumadin). Warfarin can interact negatively with several medications and foods and also requires frequent blood tests to monitor the drug’s effects. The new medications, including rivaroxaban (Xarelto) and apixaban (Eliquis), have been marketed as a far more convenient alternative. To date, however, the US Food and Drug Administration (FDA) has not approved a device to determine the impact of the new drugs.

With use of TSOACs growing rapidly, “there’s a huge opportunity and need,” said John Zak, president and CEO of XaTek, “There’s no readily available point-of-care, cost-effective, and accurate way to monitor these drugs.” He said the company hopes to complete a pilot clinical study and data analysis of ClotChip use on 200 patients at the Louis Stokes Cleveland VA Medical Center by the end of 2017. If the device proves effective in that initial evaluation, XaTek would seek to launch a full clinical trial within the following two years; and from there would seek FDA approval.

To monitor clotting, ClotChip uses an electrical technique called miniaturized dielectric spectroscopy, an approach that Prof. Mohseni, Dr. Suster, and team began developing six years ago. In essence, the technique applies an external electric field to the drop of blood, then quantitatively measures how the blood affects that field. The measurements reflect ability of the blood to clot. They then began collaborating with Evi Stavrou, assistant professor of hematology and oncology, Case Western Reserve School of Medicine. The three researchers are also investigators at Advanced Platform Technology (APT) Research Center.

The team found that ClotChip's sensitivity to the blood coagulation process made it an appealing option for point-of-care testing. “Our device gives you different information—and more information—than other devices out there,” said Prof. Stavrou, “The sensitivity and discriminatory ability of the device, when compared to standard coagulation tests, is what excites me very much.” And the device works so quickly that emergency responders could use it on site to determine whether a patient in trauma is on one of the blood-thinner medications. Such critical information also could be invaluable to medics in wartime.