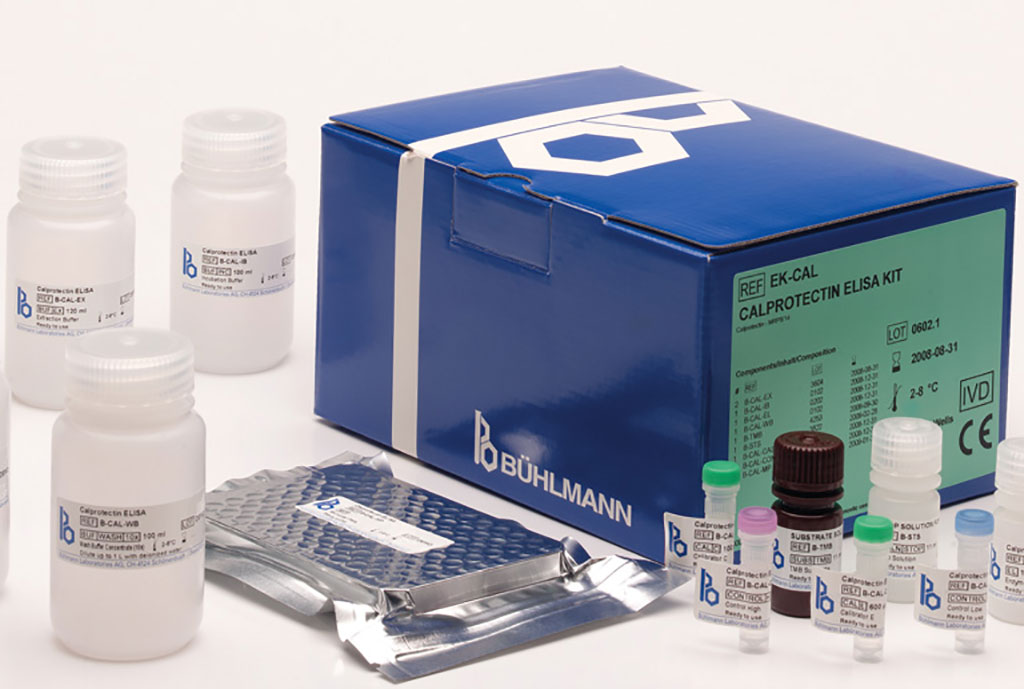 Image: The BÜHLMANN fCAL ELISA is a microtiter based assay kit for determination of calprotectin in fecal samples (Photo courtesy of Bühlmann Laboratories)

Calprotectin is a calcium-binding protein mainly produced in neutrophils. It is said to be resistant to bacterial degradation in the colon, and the literature almost unanimously states that calprotectin is stable up to seven days at room temperature without preservation buffer.

The other two assays were the EliA Calprotectin test which is a fluorescence enzyme immunoassay and the analysis was performed using the Phadia 250 (Thermo Fisher Scientific, Waltham, MA, USA); and the QUANTA Flash Calprotectin (Inova Diagnostics , San Diego, CA, USA) a chemiluminescent immunoassay and the analysis was performed on BIO FLASH (Werfen, Bedford, MA, USA).

The investigators reported that Calprotectin concentrations declined over time under all pre-analytical conditions with all assays, except for extracted feces stored at 4 °C. The rate of decline was greatest in untreated stool kept at room temperature, reaching significant difference from baseline already after one day. In extracted feces kept at room temperature, significant difference from baseline was reached after two days, and in untreated feces at 4 °C, after four days. However, the results differed significantly between assays. After four days of storage at room temperature, the mean calprotectin decline from baseline differed between 30% and 60%, dependent on the assay used. In most, but not for all samples, the CALiaGold assay produced the highest calprotectin levels, and the QUANTA flash assay, the lowest calprotectin levels.

The authors conclude that fecal calprotectin concentration in stool samples declines over time, and the rate of decline is greater at higher temperatures. In extracted feces stored at 4 °C, calprotectin is the most stable. It is assay-dependent how long extracted feces stored at 4 °C give reliable test results. The study was published in the November 2022 issue of The Journal of Applied Laboratory Medicine.