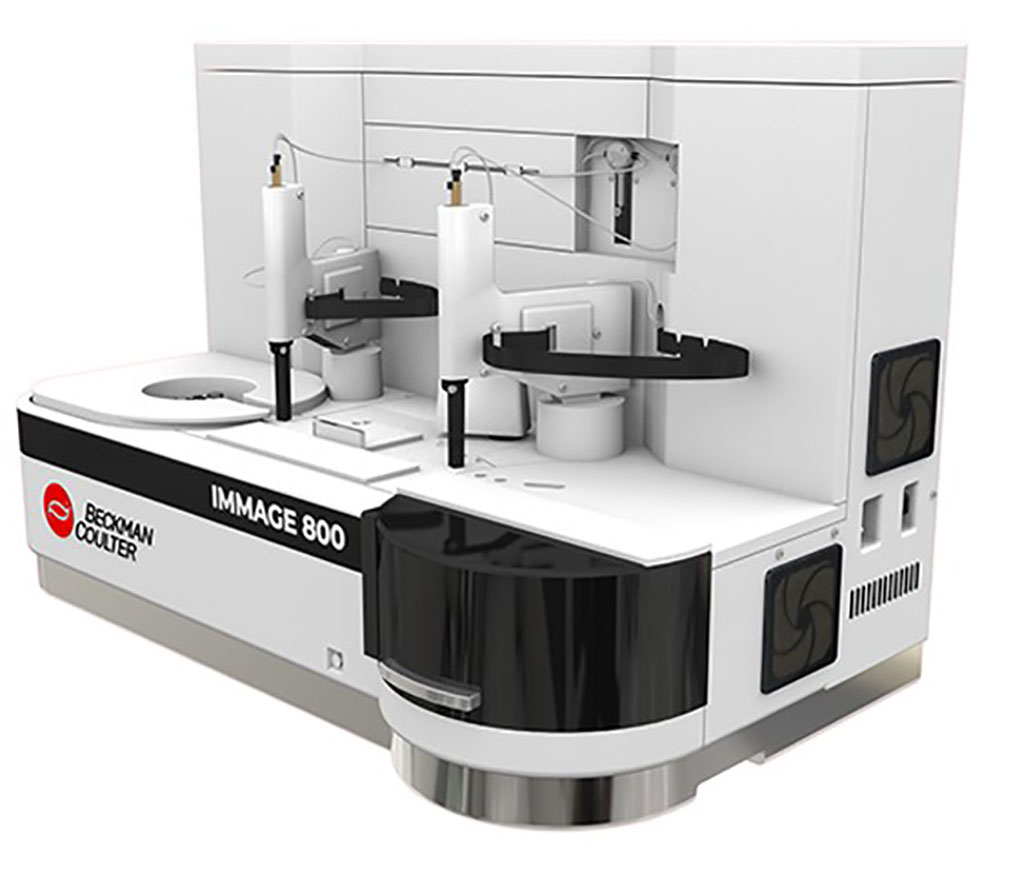 Image: The IMMAGE 800 protein chemistry analyzer (Photo courtesy of Beckman Coulter).
Heart failure (HF), caused by abnormal cardiac structure and function, represents the end stage of several cardiac diseases, and significantly worsens both quality of life and life expectancy with a five year survival rate of approximately 50%. Lifetime risk of the development of HF is 20% and overall prevalence 2%.

Natriuretic peptides and troponins have been used in clinical diagnosis and treatment of HF, and they also predict incident HF. Transition from current practice of treating HF to biomarker‐based precise medicine targeted to prevent HF requires investigation of multiple biomarkers reflective of pathophysiological pathways resulting in HF.

Clinical Medical Scientists from the University of Eastern Finland (Kuopio, Finland) and the Kuopio University Hospital (Kuopio, Finland) used a random selection of 10,106 men, aged from 45 to 73 years, participating in the Metabolic Syndrome in Men (METSIM) study, who at baseline did not have a diagnosis of incident heart failure. Blood samples for proton nuclear magnetic resonance (NMR) analysis, metabolic, inflammatory, and other biomarkers were taken.

The scientists reported that elevated levels of inflammatory biomarkers and several biomarkers associated with heart metabolism, which were measured by NMR analysis, were associated with the development of incident heart failure in a follow-up that lasted for 8.8 years. These new biomarkers included adiponectin, high-sensitivity C-reactive protein, the chronic inflammation biomarker glycoprotein acetyls, the amino acids alanine and phenylalanine, as well as glycerol and pyruvate, which the heart muscle uses for energy. Fasting plasma glucose and insulin, HbA1c, and urinary albumin excretion rate were also associated with HF.

Johanna Kuusisto, MD a Professor of Cardiology and senior author of the study, said, “Incident heart failure is typically associated with changes in heart metabolism as well as with low-grade, chronic inflammation. Based on our study, these changes are present even years before any sign of heart failure.” The study was published on December 5, 2020 in the journal ESC Heart Failure.