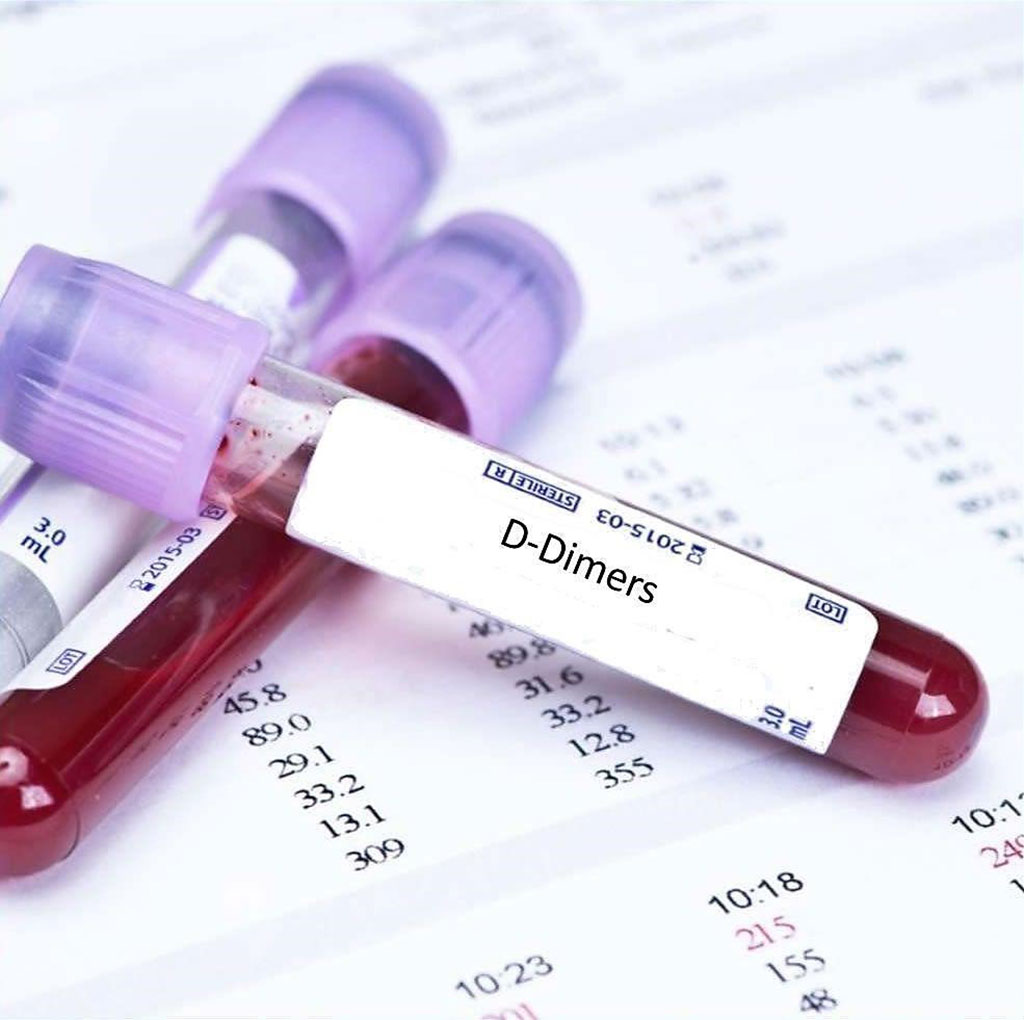 Image: Blood test for D-dimer showed high sensitivity and specificity in the prediction of ischemic stroke in patients with infective endocarditis (Photo courtesy of Blue Horizon).
Infective endocarditis (IE) is a life‐threatening disease, especially in developing countries. IE may present many extra‐cardiac symptoms or signs, in which neurological complications are the most prominent and severe.

Infectious disease specialists at the Tianjin Medical University General Hospital (Tianjin, China) enrolled in a prospective study, a total of 173 consecutive patients with IE from January 2016 to December 2018. All patients were hospitalized for the first time with a definite diagnosis of IE based on the modified Duke criteria. The primary diagnosis of ischemic stroke was mainly based on clinical neurological symptoms and imaging manifestations on brain magnetic resonance imaging (MRI).

The team performed the measurement of plasma D‐dimer on admission using the VIDAS D‐dimer assay (bioMérieux, Marcy-l'Étoile, France), which has shown comparable sensitivity and specificity. The normal range of plasma D‐dimer is 0‐500 μg/L. Other hematological and biochemical data, such as white blood cell (WBC) count and C‐reactive protein (CRP), were also detected from peripheral blood samples collected on the next morning after admission. In addition, to identify causative organisms, at least three sets of blood cultures were obtained from all patients before the initiation of antibiotic therapy.

The scientists reported that ischemic stroke was observed in 38 (22%) patients during 6‐month follow‐up since definite diagnosis of IE. Patients with ischemic stroke had significantly higher levels of plasma D‐dimer than those of patients without stroke (4,982 versus 2,205 μg/L). Positive results of blood cultures were obtained from 107 (62%) patients. Streptococcus identified in 40 (23%) patients was the most common microorganism, accounting for 37% of all positive blood cultures. The secondary dominant causative agent was Staphylococcus aureus, isolated in 33 (19%) patients and 31% of all positive blood cultures.

In addition, Staphylococcus aureus infection (Hazard Ratio (HR): 1.96), mitral valve vegetation (HR: 1.52), and higher levels of on‐admission plasma D‐dimer (HR: 1.35) were significantly associated with ischemic stroke. Moreover, D‐dimer levels ≥3,393 μg/L served as a strong predictor for ischemic stroke in patients with IE, and the sensitivity and specificity were 78% and 83%, respectively.

The authors concluded that their study revealed that higher levels of on‐admission plasma D‐dimer showed high sensitivity and specificity in the prediction of ischemic stroke, which occurred mostly in the first three months after the diagnosis of IE. On the one hand, as a traditional and inexpensive biomarker, plasma D‐dimer may help clinicians identify high‐risk IE patients for ischemic stroke in a simple and quick way. The study was published on February 3, 2020 in the Journal of Clinical Laboratory Analysis.