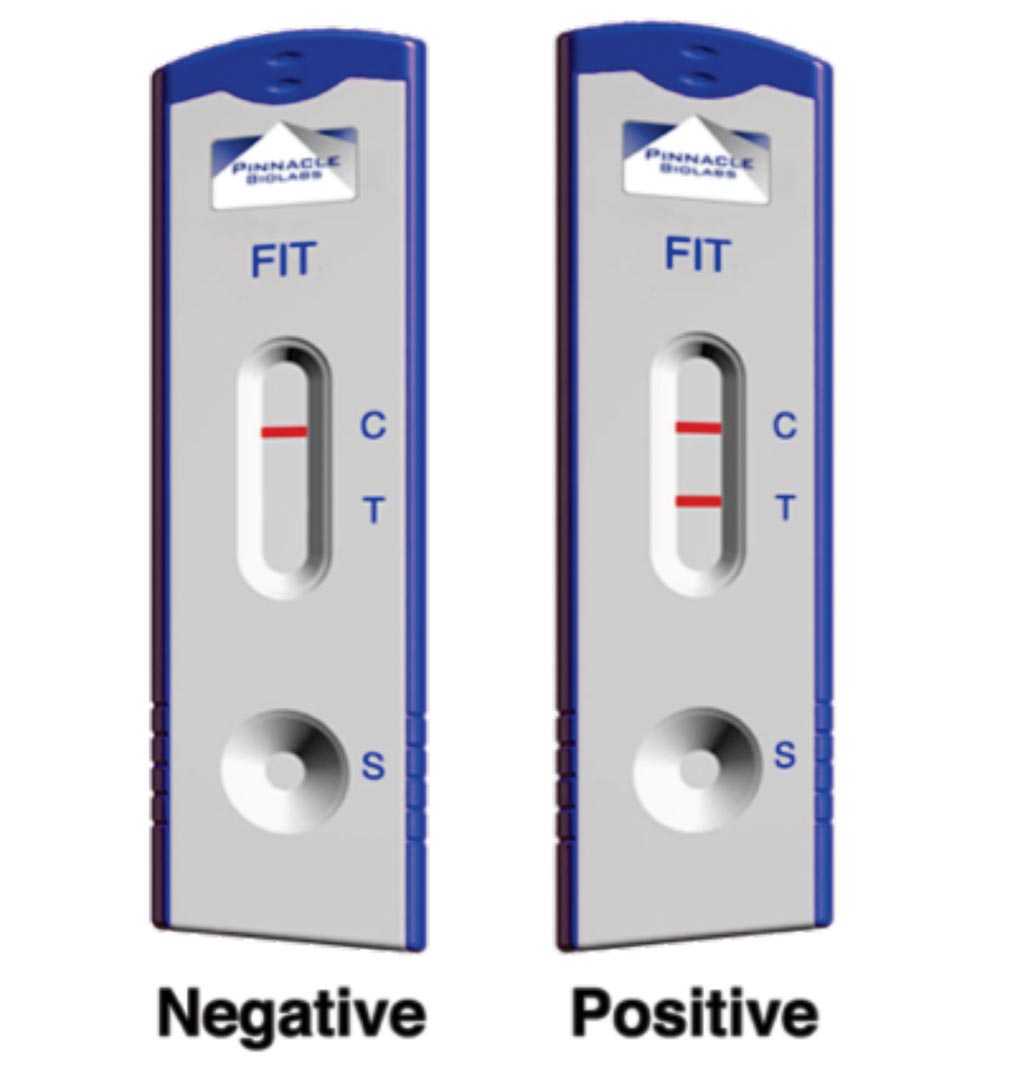 Image: The Fecal Immunochemical Test has been shown to detect colorectal cancer up to two years earlier than colonoscopy alone (Photo courtesy of Pinnacle BioLabs).
Many patients experience fear and anxiety before undergoing colonoscopy, which may result in negative experiences. Some doctors believe that having fecal immunochemical test (FIT) as an option might result in more people getting screened for colon cancer.

The FIT is designed to detect the protein hemoglobin, which is found in red blood cells. People who test positive with the FIT need to get a colonoscopy to determine whether they have cancer or pre-cancerous lesions, but those who test negative only need to keep getting the FIT each year to make sure they do not develop colon cancer.

Scientists at the Indiana University School of Medicine (Indianapolis, IN, USA) and their colleagues analyzed data from 31 studies that included more than 120,000 average risk patients who had a stool test and then a colonoscopy. They determined that the fecal immunochemical test is sufficient to screen for colon cancer. Currently, 35% of people who should receive colonoscopies do not. The FIT may also be a better option for screening people under age 50, the currently recommended age for colonoscopy. Recent studies have shown that colon cancer is striking younger and younger people and in response, the American Cancer Society has suggested lowering the age for a first colonoscopy to 45.

Although several FITs had adequate performance, sensitivity and specificity for CRC for one qualitative FIT were 0.90 and 0.91, respectively, at its single threshold of 10 µg/g; positive and negative likelihood ratios were 10.13 and 0.11, respectively. Comparison of three FITs at 3 thresholds was inconclusive: CIs overlapped, and the comparisons were across rather than within studies. Thomas F. Imperiale, MD, a gastroenterologist and the lead author of the study, said, “This non-invasive test for colon cancer screening is available for average risk people. They should discuss with their providers whether it is appropriate for them. The one downside to the at-home stool test is that it needs to be done yearly. But if used each year, the test is good enough to catch the vast majority of cancers.” The study was published on February 26, 2019, in the journal Annals of Internal Medicine.